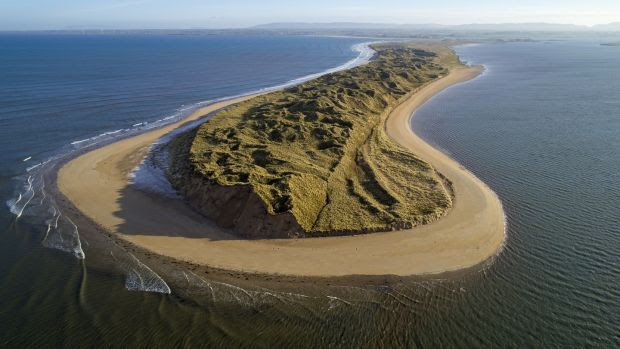 Build and they will come; but golfer Nick Faldo never managed it on the Mayo island of Bartragh, as the island has been sold, bringing to an end efforts to build a golf course there.

Bartragh Island, a large private island off the coast of Mayo, came to the market in late 2019/2020, and agent Colliers has now confirmed its sale for more than its asking price of € 1.1 million.

The buyer is understood to be a family with major European interests, who were attracted to the island “by its location, wide open spaces, oceanic vistas, and the substantial ruined period residence”.

According to Colliers, the purchaser is looking to revitalise the island, “with a special emphasis on creating an environmentally sustainable farming enterprise and restoring the classical residence to its former glory.”

The island, of about 440 acres, most of which are sand dunes, is located in Killala Bay on the north shore of County Mayo, about 2km northeast of the village of Killala and 10 km north of Ballina. It can be accessed by tractor during periods of low tide, but at all other times a boat is required. The island is approximately 4.6 km long and about 0.5 km wide at the widest point.

There is one residence on the island, the condition of which is said to be “perilous”, having suffered from vandalism, the weather, and livestock using it as a shelter over the years. It has a five-bay front with half dormer attic, Georgian Gothic single bay breakfront with main entrance porch and window over. It is registered in the National Inventory of Architectural Heritage.

Callum Bain of Colliers said, “Bartragh Island is one of the more unusual islands brought to the market in recent years. The large and extensive sandy beaches surrounding the island, the sizable acreage suitable for grazing and the large derelict period house offer many varied possibilities for the property to the purchaser.”

The island has had a somewhat colourful past. It was originally held by Dorothy Kirkwood, under a lease dated 1741. A Captain Charles Knox Kirkwood, a midshipman during the Battle of Trafalgar, then constructed the Gothic style house, the only standing structure remaining, in about 1838. He died in 1926, and is buried on the island. 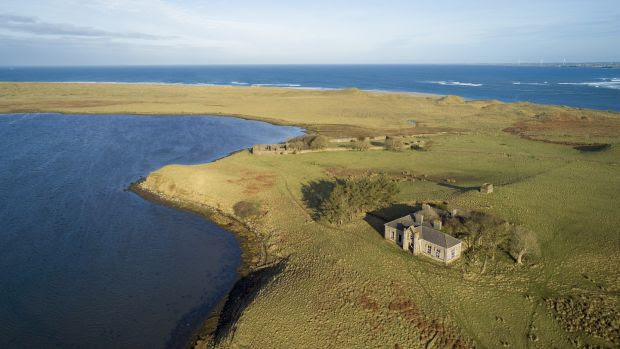 In about 1947, Captain McKenzie-Vermer purchased the island, while ownership changed again in 1952 and Captain Charles Wynne-Roberts is credited as being the owner. In 1978 the island was offered for sale, eventually being purchased by a Mrs Molloy in 1989. The house by this time had fallen into disrepair. More recently the island was again sold, with a company linked to former world number one golfer Nick Faldo, who made a record 11 Ryder Cup appearances and captained the European team in 2008.

He was understood to have acquired the island back in 2003 for about £2.5 million with the dream of building a Ryder Cup class course on the site. However, efforts to do so were stymied by ownership claims to the island, as well as opposition from conservationists, who didn’t want a golf course built there. The island is listed as a European Union special protection area for birds.