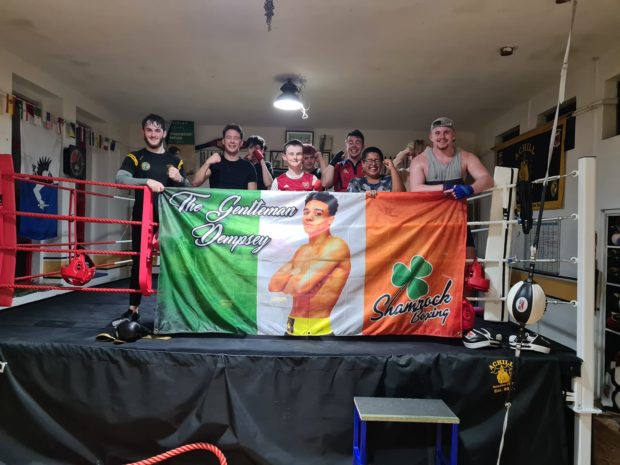 A Dublin-born, Achill-raised young boxer will make his professional debut in the sport this weekend. Adam ‘The Gentleman’ Dempsey graduated from Achill Boxing club and is making his professional debut in Luton as part of the Back to Business card under the Shamrock Boxing banner where he will fight experienced English boxer Fonz Alexander. Dempsey debuts as a light-middleweight.

Speaking to Irish-Boxing.com, Dempsey said he plans to work hard on his career and see how far he can go.

“My short terms goals would be to start building up my record and seeing what weight suits me. Long term I want to have a strong career. I plan to put in as much work as I can, and see where it takes me.”

“I got plenty of offers when I announced I was turning pro, but when I was 16 and still in the amateurs my Da actually showed one of my fights to my coach Mark Byrne in Luton,” Dempsey explained.

“Mark asked if I wanted to come over and I said yes. He is a great person and coach. He looked after me really well, so it was only right I took him as my coach in the pro ranks. So he had a good friend of his Mervyn Turner sign me -and I was delighted with that.”

“I’m absolutely delighted. I’ve got a great coach under my wing and all the facilities I need to help me grow in the sport.”

Tributes paid as successful Mayo businessman based in UK passes away