There is a great buzz in Achill following sightings of Hollywood actor Colin Farrell.

The Dublin-born star is on the island over the next couple of days for the filming of Martin McDonagh’s ‘The Banshees of Inisheer,’ which also stars his fellow Irishman Brendan Gleeson.

The trio have previously teamed up on McDonagh’s film ‘In Bruges.’

Parts of the film have already been shot around parts of county Galway and the Aran Islands. It tells the tale of lifelong friends, played by Gleeson and Farrell, who have their friendship tested when one of them decides to cut ties with the other.

As part of the film’s production, a new pub was temporarily built on Achill in recent weeks.

Farrell was spotted outside the Islander Takeway & Barretts XL store in Keel and took a photo with a fan. 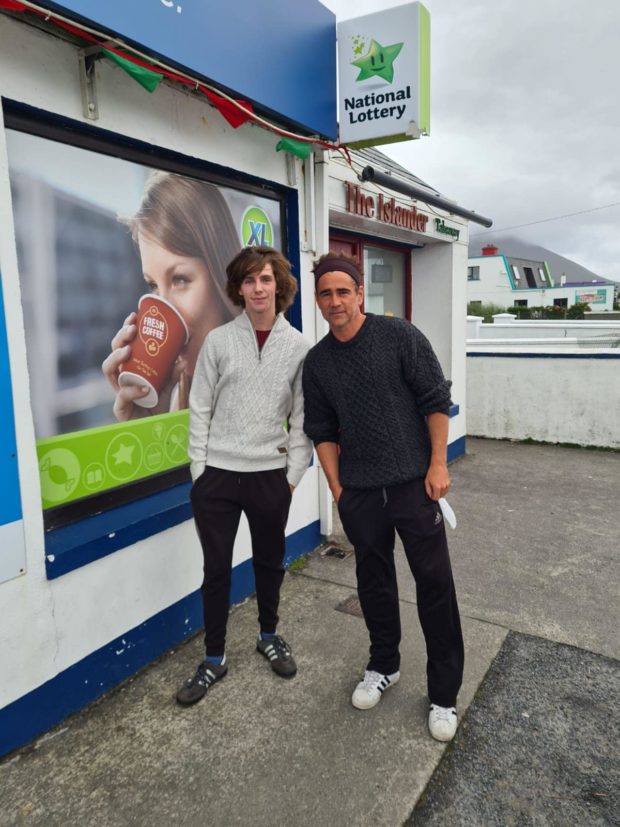 Even more stars are expected to pop up in Achill over the next few days and locals have been told to keep an eye out around the island.

Students’ boat launched from Canada makes its way to Mayo