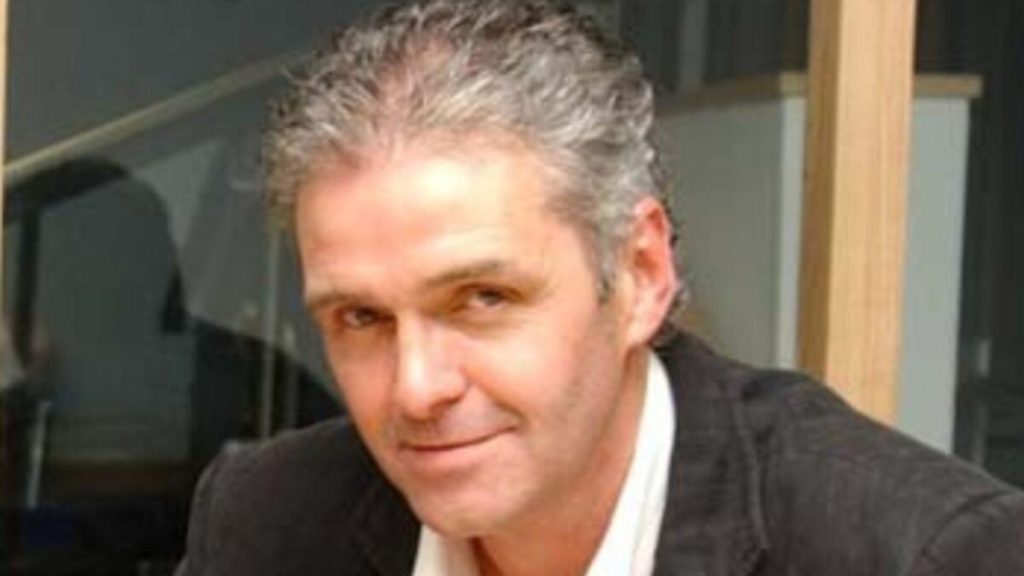 Tributes are flooding in for author, artist, musician and historian Stephen (Steve) Dunford who has died following an illness.

A native of Castlebar, Steve resided in Killala where he was involved in various community initiatives, most notably the commemorations to mark the 1798 Rebellion. He did more than anyone in Mayo to develop links with France and was the prime instigator of the acclaimed ‘In Humbert’s Footsteps’ events, which were held in Castlebar, Ballina and Killala from 2013 to 2016.

A man of many talents and a real ‘people person’, Steve’s untimely death has robbed Mayo of a truly unique talent; someone who possessed boundless energy, a sharp intellect and great wit. He made friends wherever he went and his passing will be mourned all over Ireland and beyond, especially in France where he had developed so many ties through his tireless efforts to educate future generations about the legacy of 1798. He was quite simply a man in a million.

Steve was the author and illustrator of the critically acclaimed books: The Irish Highwaymen [Merlin Publishing],  Killala: Aspects of its Heritage; A Stroll Through Old Killala; In Humbert’s Footsteps: Mayo 1798, and The Táin Bó Flidhais: “The Mayo Táin.” [Fadó Books].
A founder member with Mary Black of the legendary ‘70s traditional band General Humbert , Steve worked as a musician, producer and promoter with many of the country’s most celebrated artists, including Luka Bloom, Brian Kennedy, Eimer Quinn, Máire Breatnach, Sharon Shannon, Declan O’ Rourke, Niamh Parsons, Dolores Keane, Sonny Condell and Jim McCann, to name just a few. He also produced CDs for record companies in Ireland, USA France, Germany and Japan. Steve also has the distinction of being one of the few people to have had a tune written for them by The Waterboys – a piece titled ‘Dunford’s Fancy’, which appears on the legendary ‘Fisherman’s Blues’ album.
Steve also worked for three years with Gael Linn on their cultural series Slogadh, hosting art workshops for children, designing sets. A published poet and an accomplished speaker, he addressed many of Mayo’s prestigious gatherings, including, Turas na mBan, The Humbert Summer School and The Connaught Fleadh.
He also worked extensively in television and film and was the musical director for the RTE series Voyage with Dick Warner, and the Irish-made movie, Angela Mooney Dies Again, starring Mia Farrow and Brendan Gleeson. In 2000, he produced and co-wrote his own documentary for TG4, Solas sna nDorchadas, chronicling the life of Mayo-born writer, patriot and seanchaí, Michael Mac Ruairí  (with original score by Belmullet native, David Munnelly).

Formerly of Marion Row in Castlebar, Steve was predeceased by his parents Stephen and Bernie, his brother Tom, and nephew Kevin.

He will be deeply missed by his wife Bernie; son John and daughter Romy; siblings John, Derval and Chuck; sisters-in-law and brothers-in-law; his nieces and nephews; his entire extended family; and his many close friends.

Reposing at Lynn’s Funeral Home in Killala from 5 to 7pm on Monday, September 20. Funeral cortege will leave Steve’s home at 12.45pm on Tuesday, September 21, for a service of remembrance at 1pm in St. Patrick’s Church, Killala. House is private to family only.

Steve’s family request that everyone attending the Funeral Home, St Patrick’s, or lining the route during his cortege please observe social distancing and all appropriate safety measures at all times.