I thought we’d win. I really did. I thought it even more when Tommy Conroy butted Peter Harte to the ground like a ram might his rival on the slopes of Nephin and rifled the ball between Tyrone’s posts after just 15 seconds. I really, really believed. 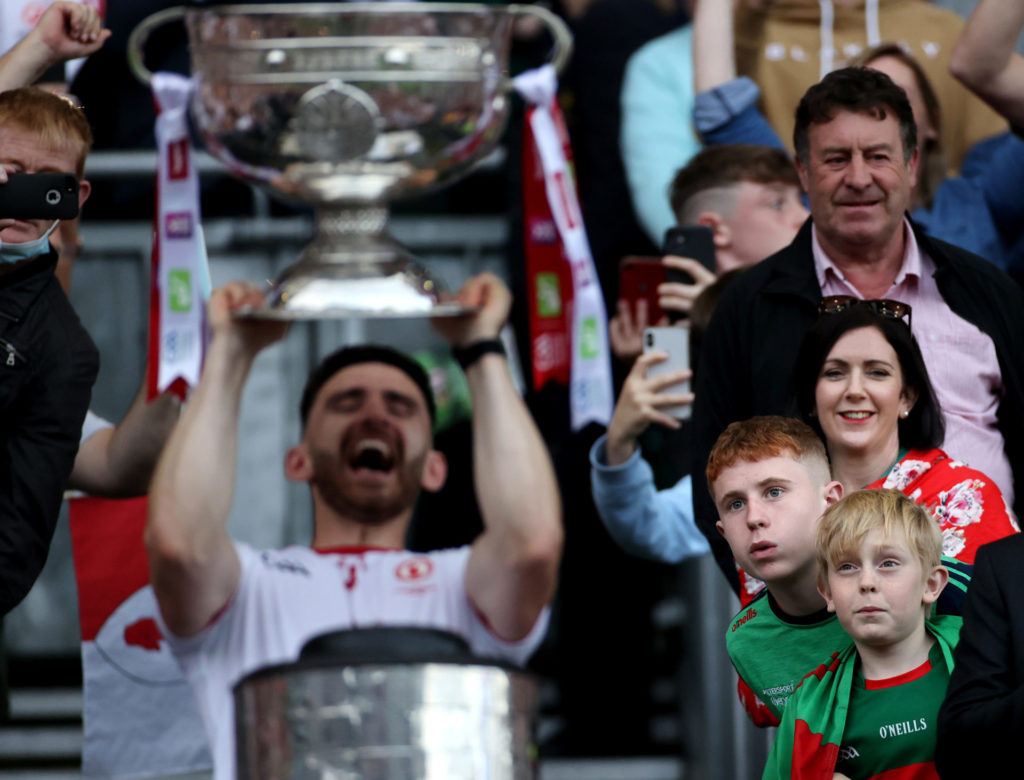 In my mind I had envisaged a tight, tense and nervy first half with Mayo making their move straight after half-time before Tyrone would have chance to call upon their cavalry. And it could have transpired exactly like that, given Tommy Conroy and Ryan O’Donoghue both had chances to rattle home goals inside seven minutes of the restart. But it didn’t.

And yet my belief still remained when, despite in the midst of the county’s worst All-Ireland final display since 2006, Mayo were still just one kick of a ball short of their Ulster opponents with 67-minutes played. Defeat, we thought, just wasn’t an option this time.

I’m not sure what to think anymore.

The words of former US President George Dubya did spring to mind: “There’s an old saying in Ballintubber – I know it’s in Breaffy, probably in Ballintubber – that says, fool me once, shame on – shame on you. Fool me – you can’t get fooled again.”

There can be no excuses this time. No freakish own goals. No bad refereeing decision. No world-beating team in our way. Nothing to blame except our inability to execute what All-Ireland winners are able to execute: chances.

As a recently retired Mayo attacker exclaimed to me on Jones’ Road afterwards, ‘If only we had Cillian!’. Aye. Or yourself Andy. 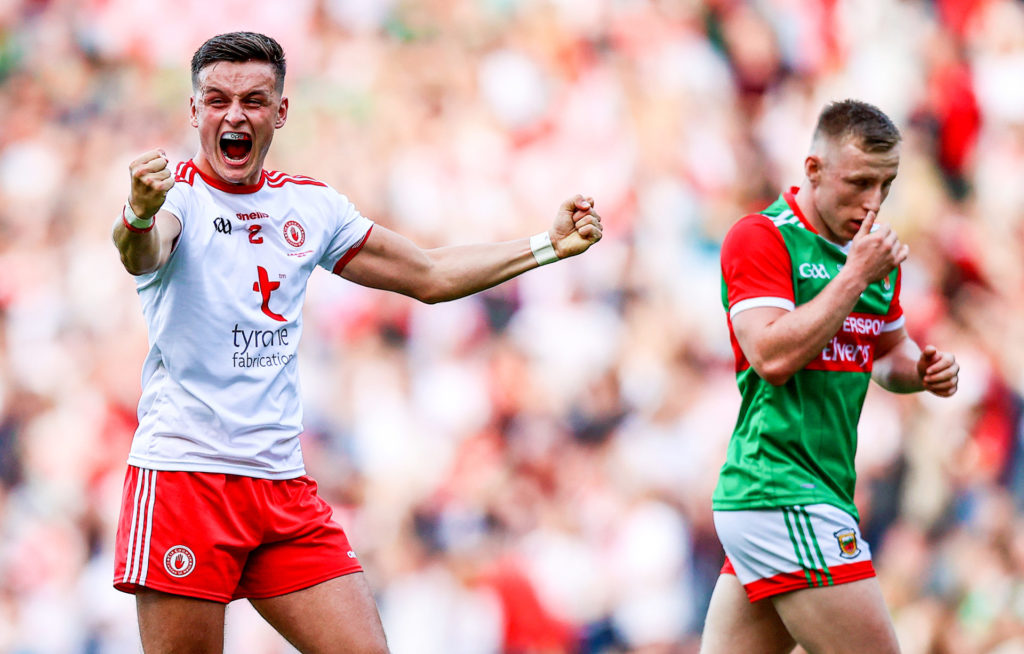 We were looking forward to shoving the opinion expressed by pundits earlier in the summer – that Mayo could not possibly win this year’s All-Ireland SFC title in the absence of the highest-scoring forward that championship football has ever seen – right back down their throats. Instead we’re the ones left to choke on our words.

When appearing in the biggest game on the greatest stage in the grandest theatre of all, it’s vital that under the glare of the spotlight you are able to apply enough pressure to ensure it’s the opposition who fluff more of their lines than you. But when the curtain came down on Saturday’s two-act drama, it fell upon another great Mayo tragedy. Mayo lost the first half by two points, the second by three. Two plus three equals 71 years.

To Win Just Once had blared across Croke Park fifteen minutes before throw-in. I’m Only Human After All, Don’t Put Your Blame On Me blared across Croke Park fifteen minutes after full-time, as dazed Mayo footballers, some sitting, some wandering, braved occasional glances towards the Hogan Stand where one by one the Tyrone players and management lifted the Sam Maguire Cup. It’s that county’s fourth time to do so in 20 years. It’s our sixth time to warm the losers stool in 10 years. If we were a heavyweight boxer they’d long since have revoked our license on medical grounds.

But to accept those I’m only human lyrics of Rag’n’Bone Man would be to hint that Mayo’s opposition, last Saturday, and in each of the thirteen consecutive finals not won by Mayo since 1989, were some class of genetically modified superhuman species, the type Stephen Hawking feared might one day destroy the rest of humanity. Superior? Yes. On each given day. But still human.

Tyrone kicked one wide more than Mayo in the first half. Their semi-final hero Conor McKenna, in particular, malfunctioned in front of the posts from pillar to post. For the first 24 minutes of the second half, Tyrone had managed to raise one flag. Think about that. One. And yet they found a way – and it wasn’t by sitting back.

Where a Tyrone team of old may have parked several double-decker buses and settled for defending their three points lead, new Tyrone won the crucial last ten minutes by 0-3 to 0-1.

In the context of a five points defeat, it’s also worth highlighting the 1-1 to no score advantage Tyrone accrued over Mayo from their substitutes’ bench. What purpose goalkeeper Robert Hennelly had in advancing from his line if not to threaten the lives and limbs of all around him and own the high ball that was floated towards the Mayo goalmouth by Conor Meyler in the 46th minute remains something of a mystery. Had the Breaffy man remained in situ there’s every likelihood Cathal McShane’s flick of the ball would have landed in his arms – or even have forced the newly arrived full-forward to try and catch the ball instead. That in itself would have given Oisin Mullin and Hennelly himself every opportunity to wrap up McShane, who was only on the pitch two minutes, and deliver a defiant message of resistance to Tyrone. But coming only four minutes after Ryan O’Donoghue’s penalty miss at the other end, the momentum generated by that opening goal was seismic. McShane’s goal hadn’t just shades of the one scored by Bernard Brogan against Hennelly in Dublin’s one-point win over Mayo in the 2013 final, the resemblance was in full technicolour. 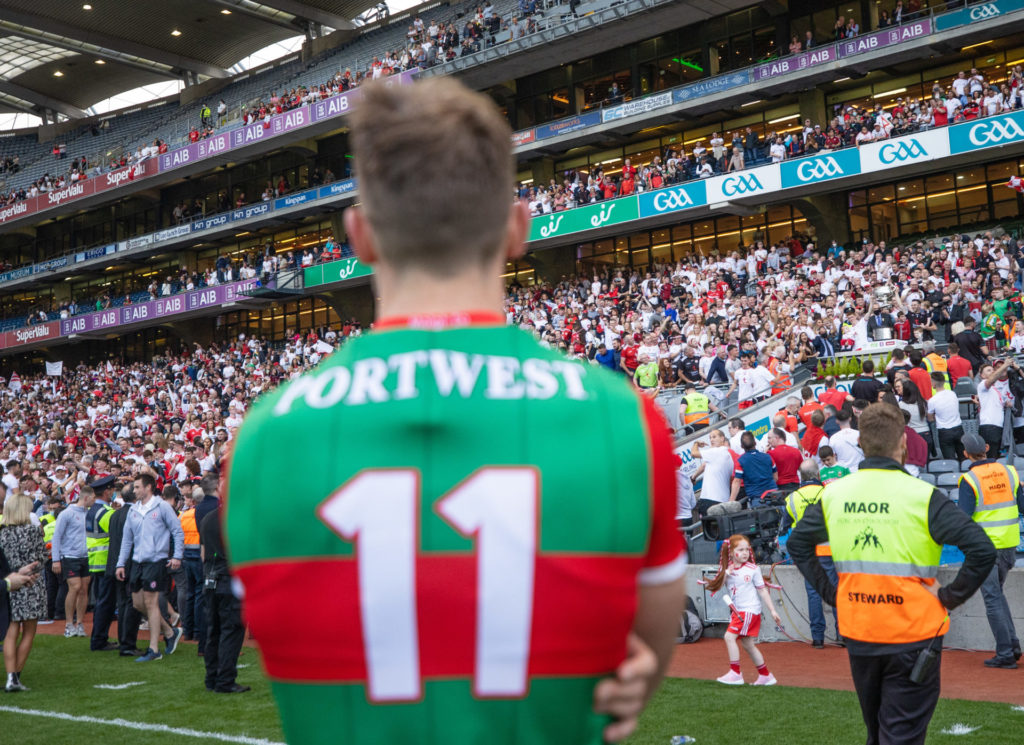 The optics of Peter Harte later fetching another high ball, this time above the head of Paddy Durcan, and pointing the mark, while Mayo’s own target man Aidan O’Shea endured a seventh scoreless All-Ireland final was also excruciating. Nor did Diarmuid O’Connor, Mattie Ruane, Conor Loftus or Kevin McLoughlin, as hard as he tried, influence the game in any meaningful way – four regular scorers who between themselves and O’Shea contributed one point to the scoreboard. A bird never flew on one wing. And perhaps an All-Ireland was never won by having only one plan.

It was, however, impossible not to feel a lot of sympathy for Lee Keegan, the too often unheralded Stephen Coen, Oisin Mullin and despite missing gilt-edged goal chances, the electric Tommy Conroy and Ryan O’Donoghue, who up until his penalty miss had helped fashion each of Mayo’s first-half goal chances, scored five of their first eight points and set-up another for Paddy Durcan. Elder statesman Keegan was the pick though, still driving the Green and Red forward even when the result was undoubtedly beyond his side.

One thing the events of last Saturday won’t do is dispel the silly notion that hype is so often the cause of Mayo’s All-Ireland final defeats (I won’t even lower myself to reference the C word).

It’s true that the atmosphere and anticipation throughout the county in the days and weeks leading up to this game rivalled the buzz of anything that had gone before. You’d have thought it Mayo’s first time to qualify for the final in 32 years, not the eleventh. Everything from hens to a house were painted, cars were sprayed, roadside signs erected by the thousand, songs were written, priests dedicated Masses to the team, and everyone from Hollywood royalty to Australian soap stars pledged their allegiance to the Green and Red cause. And, of course, Mayo lost. But not because of painted bales or flag-wrapped miniature ponies but because the performances of players and the decisions of managers are what decide the outcome of football matches, and on yet another September day the Mayo bus that rolled into Croke Park was exposed as that bit less equipped than the opposition’s.