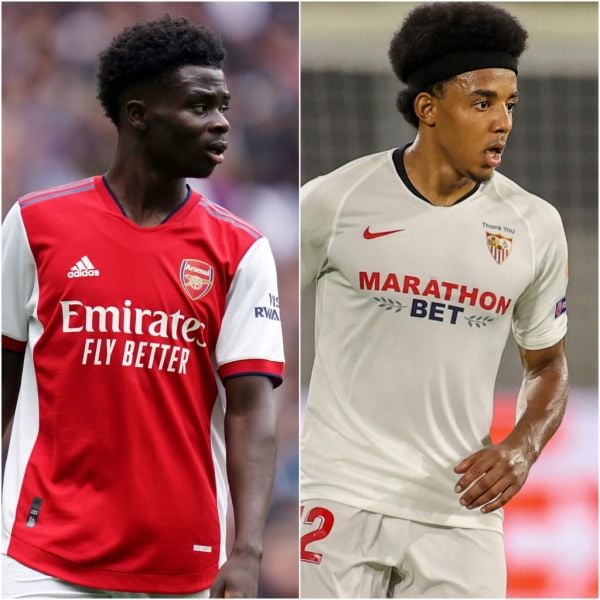 The Sun reports Arsenal forward Bukayo Saka is in hot demand. The paper, via the Here We Go podcast, says multiple Premier League clubs have made enquiries about the 20-year-old’s situation, but the Gunners have no plans to let him go.

Chelsea’s pursuit of Jules Kounde will reportedly depend on whether Antonio Rudiger‘s contract situation is resolved. According to the Daily Star, citing Sport1, the Blues could cash in on Rudiger – whose contract expires next year and has been linked with Real Madrid – and use that money to fund a bid for Kounde.

The Daily Express says Bayern Munich and a number of unnamed English clubs are chasing Bayer Leverkusen midfielder Florian Wirtz. The 18-year-old has been hailed as the next Kai Havertz, but Leverkusen are believed to have no interest in selling the teenager anytime soon.

Everton are preparing a January move for Aberdeen defender Calvin Ramsay, according to the Scottish Sun. A scout for the Toffees was reportedly in attendance for Aberdeen’s clash with Motherwell on Saturday, with the paper reporting the 18-year-old is at the top of Everton’s January transfer wish-list.

Youri Tielemans confirms he is open to Leicester exit with new contract offer on table https://t.co/jcrbDaN6tq

Houssem Aouar: Arsenal are intending to make another play for the Lyon midfielder next summer, says Todofichajes.

Isco: Juventus and AC Milan are both in the market for the Real Madrid midfielder, according to Calciomercato.

Nahitan Nandez: Tuttomercato reports Cagliari are open to selling the midfielder next year, with Tottenham, Inter Milan and Roma among the expected suitors for his signature.

‘I love my team-mates so much’: Rory McIlroy in tears after Ryder Cup struggles