A new six-part TV series showcases the benefits of moving to the west of Ireland.

The first episode of Moving West airs on TG4 on Thursday, September 23 at 9pm.

Shot against the backdrop of the unique natural beauty and culture of the West of Ireland, over the course of six half-hour episodes the show will follow the lives of six families who have moved or are in the process of moving to the west of Ireland. Mary Kennedy meets families and couples who have made the big decision to, while also shining a light on all the West has to offer in terms of lifestyle, outdoor amenities, food culture and quality of life.   The series is funded by the Western Development Commission and ties in with the ‘More to Life’ campaign.

The show follows the families on their relocation journeys and in each episode the viewer gets to take a peek behind the curtains of the county, the local communities, and those driving the region into the future.  Mary begins the series in Galway where 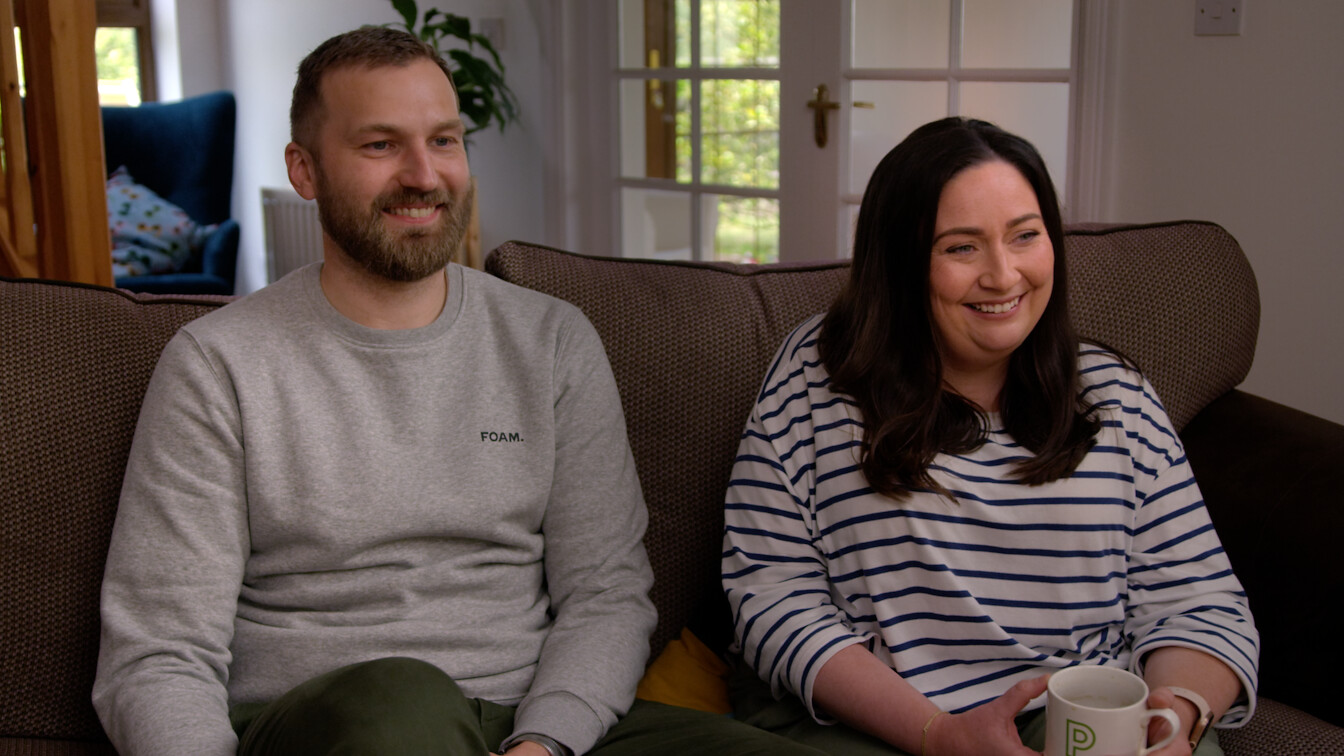 Louis Freiter and Caitriona Gray. Caitriona from Dublin and Louis from Kent moved to Louisburgh during Covid. Because of the pandemic, Caitriona now works from home full time, while Louis has just opened The Seven Wanders Cafe in Louisburgh.

she meets many people who have made the decision to move west including Carol Ho from Hong Kong who runs her company Baseworx along with her husband Keith based in Galway’s Portershed hub.  In Sligo, Mary meets Aoife Porter who has moved from Cork and runs Bua Marketing in Strandhill. In Mayo, she meets Louis Freiter and Caitriona Gray.  Caitriona from Dublin and Louis from Kent moved to Louisburgh during Covid. Because of the pandemic, Caitriona now works from home full time, while Louis has just opened The Seven Wanders Cafe in Louisburgh.

The Western Development Commission (WDC) is a state agency that promotes the Western Region, provides policy analysis, is leading the development and rollout of the National Hubs Network and manages the €75m Western Investment Fund dedicated to supporting business growth in the region.

WDC CEO Tomás Ó Síocháin commented; “The West of Ireland is seizing the opportunity to renew itself by attracting thousands of young professionals and families to make new lives in the region. This new series reflects the findings of our National Remote Work Survey recently conducted with NUIG highlighting that people are now choosing to find More To Life in the West of Ireland. The transition to remote work has allowed people to choose where to live and throughout the series we meet those now working from home, from a hub or finding a new role with one of the many employers across the region.”