Mayopalooza – Music on The Mall

A free series of musical performances take place on The Mall in Castlebar on Sunday, September 26.

Three different shows will be staged outdoors as part of The Mayo Live Series.

Mayopalooza is a free, family-friendly outdoor event. Throughout the day six bands will perform. There is music to suit all ages, rock, pop, trad, soul and folk, something for everyone.
The proceedings kick off at 12 noon with local legends, The Side Effects featuring John Hoban, Tony Reidy, and Dan Delaney.

They will be followed by the hugely popular Gorilla Radio. The have gigged all over Ireland, UK and Switzerland and is currently comprised of Noel Kenny, Joey Kennedy, Paul Newell, Seanie Walsh and newest member, Matteo.

The second show is at 3pm with traditional group Blás who are David Doocey, Stephen Doherty, Anne Brennan, and Shane McGowan. Formed in 2015, the group has grown from strength to strength with sell-out concerts in Ireland, Germany and the UK.  Next on stage will be Ireland’s funkiest band Soul Power led by Castlebar man Mick Sheridan.

The final show is at 6pm with five-piece band Train Room. Train Room is the brainchild of Balla songwriter, musician and producer Joe Monaghan.

Jiggy closes out the day, Jiggy’s mercurial lineup mixes and melds Irish traditional music, world rhythms, and cutting-edge dance grooves. Jiggy took the internet by storm with their video ‘Silent Place’ celebrating the global togetherness of dance and to date it has clocked up more than 55 million views.

To book you can go to mayopalooza.com  There are four people per pod permitted at this socially distanced event and a maximum of 50 pods.

Admissions is one hour before the show starts.  This is an alcohol-free and socially distanced event. Circular grass spaces will accommodate 4 people (max) at The Mall, Picnic blankets advised. It is important that you bring your tickets and ID to present for entry.

The event is funded by The Department of Tourism, Culture, Arts, Gaeltacht, Sport and Media and administered by Mayo County Council. 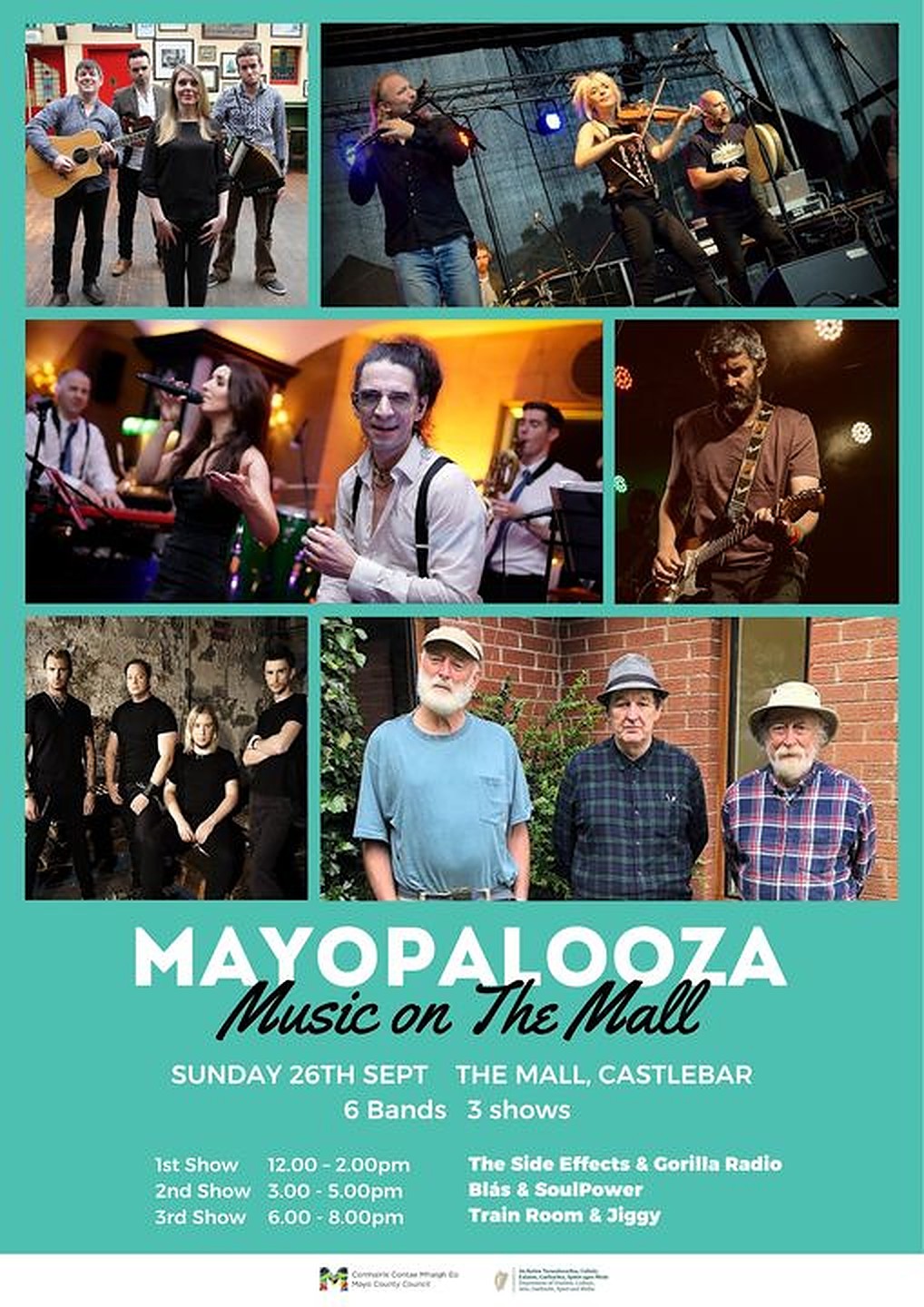