‘I have shortened my life by returning to Ireland’ 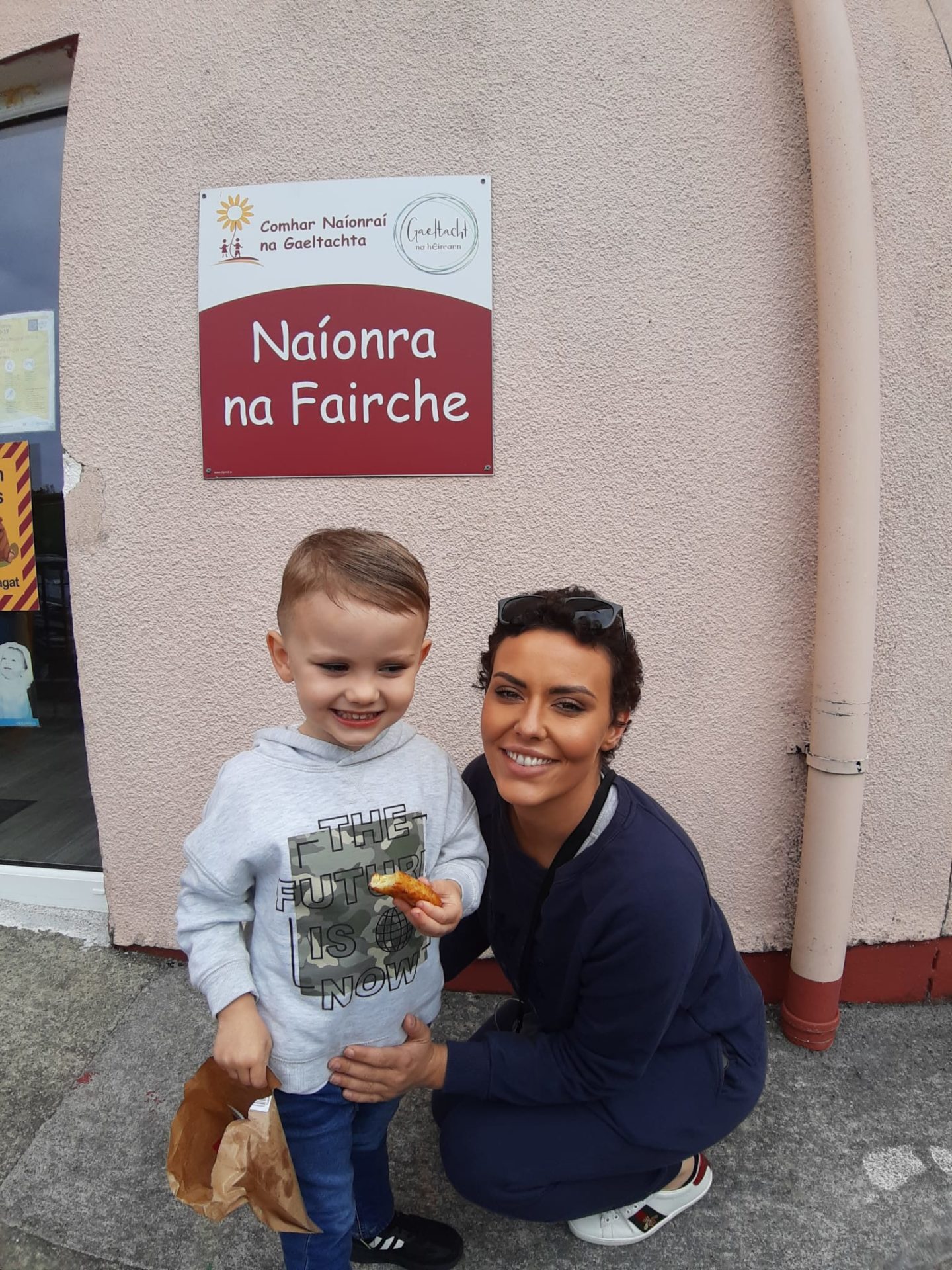 Meabh and her son, Noah, on his first day of playschool two weeks ago. 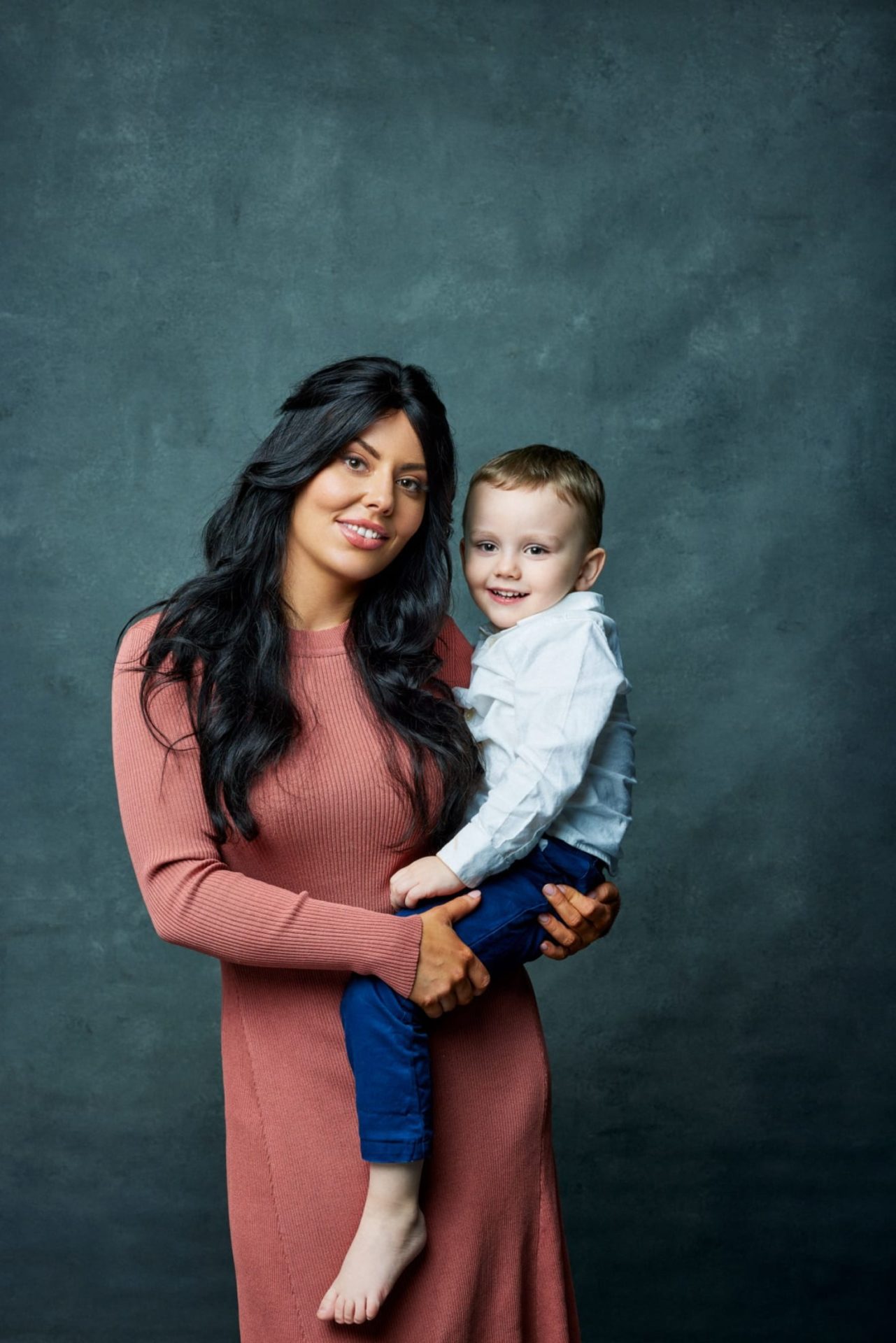 A terminally ill Mayo mother who came home from Australia to die has said she feels let down by the Irish health system.
Meabh Feerick from Ballinrobe was diagnosed with advanced and aggressive melanoma, a form of skin cancer, in December 2020, while living and working in Homebush, Sydney. At the time of her diagnosis, 25-year-old Meabh was busy raising her three-year-old son, Noah, and enjoying life in Oz when her world was shattered by a small lump on the back of her scalp.
Maebh said she saw a doctor about the lump at least five or six times over the previous two years, but was repeatedly assured it was nothing more than a wart or cyst. She pushed for further testing as the lump continued to grow and became painful to touch. She was devastated to discover her suspicions were correct when a biopsy revealed the lump to be stage four melanoma and her condition was incurable.
She underwent extensive head and neck surgery as well as a hip replacement to remove some of the cancerous tumours. This coupled with immunotherapy treatment did not yield the much-hoped-for results. Meabh’s condition deteriorated and the cancer has spread rapidly throughout her body. A decision was made to bring Maebh home and with the help of her family, friends and those in all parts of the world through a GoFundMe page, Meabh and Noah arrived in Mayo in June.
Speaking to the Western People from her hospice bed in Castlebar, Meabh said since travelling home she has realised the health system in Ireland ‘is a mess’.
She explained: “I brought all my files, scans, etc home on a USB with all the information from my doctors in Australia. However, when I brought them to doctors here, they couldn’t read them or access them because of the Cyberattack on the HSE. As a result I had to have all the scans and x-rays done again but I was told this would take six to eight weeks. For someone with my diagnosis, this was devastating. There was such a backlog in the system, there was no room for me to be booked in for tests and scans. The whole thing was really scary and we kept hitting brick walls.”
Once she was seen by an oncologist in Galway, Meabh was given three to five months to live. “When I did get the scans, it then emerged that if the images were taken at Mayo University Hospital, they couldn’t see or transfer them to the team in Galway. There was a complete breakdown in communication.”
She said there were no discussions with her oncologist when she was admitted to hospital. “After I came home, I had problems with pain management and other issues related to my cancer and was admitted to hospital a number of times. On all of these occasions, my oncologist was never informed that I had been admitted and was never aware. When I was in Australia, the first person to be told I had been admitted was the oncologist.”
She said her oncologist in Galway is giving her the best treatment he can but the Government and Irish health system are letting her down. “There are no resources and no staff. One nurse in Ireland is doing the job of five nurses in Australia. The system is shocking because budgets are so low. The whole thing is poorly run and so inefficient with nobody being held accountable.”
She said when someone like her receives a diagnosis, it should be a critical point of care, there should be an urgency to it but when she came home there was no urgency. “There were constant delays in getting appointments, scans and treatments, staff are completely overwhelmed. All of this has a knock-on effect. People’s diagnoses are taking so long that at times, their cancer has spread and the issues are much worse than they could have been.”
Meabh said: “I am disgusted and appalled to see that the system in our small country is so bad. If I had stayed in Australia, I would have had better options. I am embarrassed to say that because I came home, I have shortened my life.”
She said the ideal situation would have been for her family to relocate to Australia to be with her in her final months, but because this was not possible, she came home with Noah, who has since began Early Years education and is thriving.
“I came home to spend time with my family and Noah but the reality is that my mother is so stressed trying to get appointments and treatments that I have seen a lot less of her than I should. The HSE are hiding behind the Coronavirus and the cyber attack.”
The beautiful, fun-loving and caring woman describes herself as headstrong and mentally strong. “I spent a lot of time on my own in hospital in Australia. I had time to reflect and make peace with my diagnosis. Now I want to try to make some sort of change here. We are letting people down. The Government need to see the effect they are having on sick people here and the issues they are causing among staff and patients in the system. This poorly ran and inefficient system is disgraceful.”

When you meet Meabh, the first thing that strikes you is her beauty. She should be walking the catwalks of Paris, Milan or New York. Instead she’s lying in a hospital bed facing a short and very uncertain future. If this is her legacy, then we should all get behind her. 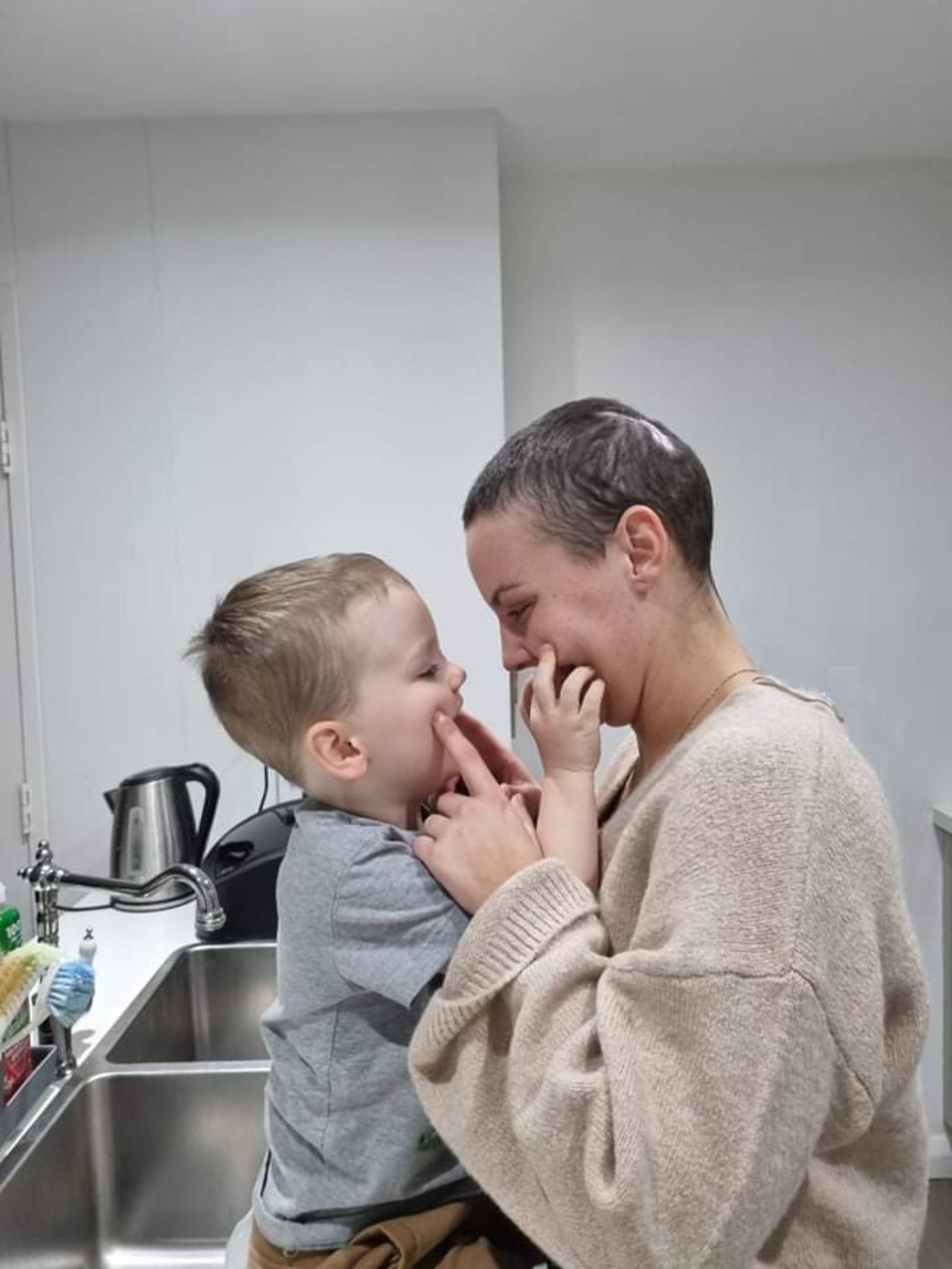 Ballinrobe native Meabh Feerick with her son Noah. At just 25, Meabh was diagnosed with
advanced and aggressive melanoma. She describes the health system in Ireland as ‘a mess’.