The ritual of the road trip to Croker 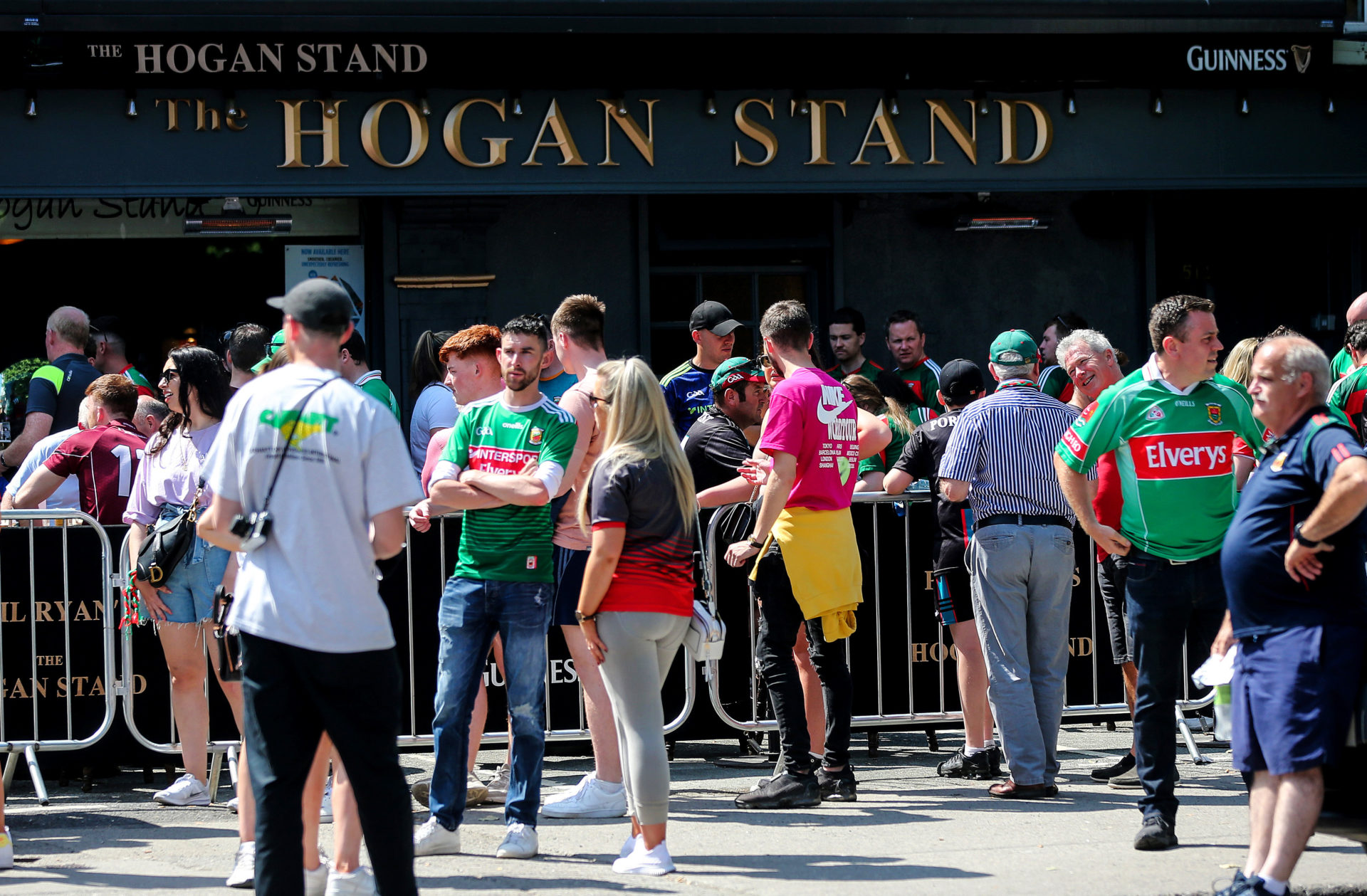 Your first All-Ireland final is a little like your first day at school. It’s embedded in the mind, regardless of how pleasant or unsettling the day may have been. The subtleties of the afternoon may fade over time but there will always be an enduring memory, a moment that drifts to mind now and then whenever the date is discussed.

Even if most of the 2004 final has been reduced to a blurring collection of snapshots, time has miserably failed to erase the image of beaming Kerry fans watching Dara Ó Cinnéide lift the famous trophy. At that moment, a sulky 11-year-old from Balla longed to follow the cortege of Mayo fans filtering out the back of the Cusack Stand. He, too, yearned for the freedom of the M4. Overjoyed Kerry fans only amplified the misery. But pre-adolescents don’t make these decisions; and my father, having lived through periods when Connacht titles were a rarity, didn’t see why an atmosphere couldn’t still be savoured. Of course, he was right.

That specific memory has probably remained a memory because I’ve had so many opportunities to relate back to it. Enduring that torture after the final whistle has become somewhat of a tradition. And traditions are difficult to forget. It’s why I can also remember so much of the pre- and post-match details from that 2004 decider. Games differ but match-day rituals remain largely the same.

I didn’t know it at the time, but that September morning in 2004, shortly after sunrise in Balla, I was beginning a set of rituals that would last into adulthood. I had already been a seasoned match-goer and, having shown enough cheek to my parents over the course of the summer months, I was deemed old enough to endure the heartbreak of All-Ireland Final Day. And so off we headed for Croke Park, shortly before seven in the morning, the rationale being a departure a half-hour later could add 90 minutes to the journey. Thus started the first of the rituals.

While others opted for the more familiar haunts, whether it was Feerick’s in Rathowen or Keenan’s of Tarmonbarry, we always opted to break the back of the journey. There was time only to stock up on Lucozade, and maybe a purple Snack, so by the time we arrived for breakfast in Leixlip the bellies sounded like kegs rolling down a hill. It’s a strange place to break up a journey from Mayo to Dublin, but there was a method to the madness.

Beating the traffic was always at the forefront of our minds and there was always something soothing about the Kildare town. Leixlip to Mayo is a little like what London was to the Irish in the 1960s. So many of us have settled there, you could easily confuse it for a West Mayo burgher. The old Viking settlement also offered options. There was the short trip into the M50. There was the maze of backroads at the other end of the town that brought you right into the northside of the city. And there was the train station with ample parking, a luxury most travellers from the West remained unaware of. While we stood patiently on the platform, you knew Mayo cars were patrolling the streets of Maynooth, all searching for those scarce few inches of curb.

But as the years trundled by, the routine began to fracture. After moving to college in Dublin, Leixlip almost became a lost facet of the match-day experience. Keen for some free grub after a night on the town, there was no greater advocate for the merits of breakfast closer to the city than yours truly. Following breakfast, the travelling party split up.

The young boy clutching a flag and following his father around Drumcondra swapped matchday paraphernalia for porter, always sampling a solid selection of Dublin 3’s finest establishments before making use of his match ticket. Meanwhile, the wiser members of the travelling party would head for the stadium in plenty of time and, in later years, towards the hotel opposite the Hogan Stand.

That’s where the pre-match gossip was sniffed out – the players going well in training, the surprise inclusions, the in-depth analysis, insightful and otherwise. And for all the pubs up the road had to offer, there was always time for the rambunctious student to get into the hotel before the game. Tradition is tradition, after all.

Tradition also dictated there was never a quick getaway after the game. Before the car turned the corner and faced the airport towards home, family could be visited, a hearty dinner would be procured and, with bellies full, it could be ensured all concerned were ready for the autopsy. The conversation between Drumcondra and Balla never really strayed from events that day. That didn’t mean we were any closer to answers by the time we turned in the gate at home. On the weekend of the 2012 All-Ireland final, I moved into a student house in Upper Drumcondra before starting the new semester at college. Feeling obliged to show a little hospitality from my privileged position so close to Croke Park, I invited a few friends home that evening. There were no grand plans. We would just chew the cud of the day over a few drinks. What harm could it do? Unfortunately, my new housemates – two of them from Donegal and another two from Mayo – had felt similarly obliged. And before the end of the night, the small terraced house could have become the eighth wonder of the world. Half the western seaboard seemed to squeeze into the place.

Even though there were no supporters on the road for last December’s behind-closed-doors All-Ireland final between Mayo and Dublin, these fans of the Green and Red proudly unfurled their banners above the M4 not far outside the capital. Picture: Tommy Dickson/INPHO

But for all the revelry that took place, my mind still wandered back down the M4. I knew they could well have been panicking at a toll booth, foostering down the side of seats looking for spare change. And for some inexplicable reason, I missed it all. Then again, maybe it’s not all that inexplicable. Nostalgia is a curious emotion that could never be replaced by poor house music and cheap beer.

Life’s journey ultimately pans out as a circle and it’s hoped that a little maturity, hastened by a few years of press box incarceration, sees a return to some of the older traditions in 2021. Not all of them, though. Mayo’s purgatory has seen enough Dara Ó Cinnéides lift the cup.