The basic (and obvious) reasons why Mayo can become champions today

Although they come only nine months apart, the optics of this Saturday’s All-Ireland final compared to that played on December 19 last couldn’t be any more different.

Rarely, if ever, had a Mayo team entered a final with so little expectation as when taking on the county that had won the last five. Yes, Mayo had come within one and two points of winning two of those finals, but did so with a quite different looking side to that which stood before Dublin just six days before 2020’s Christmas dinner. 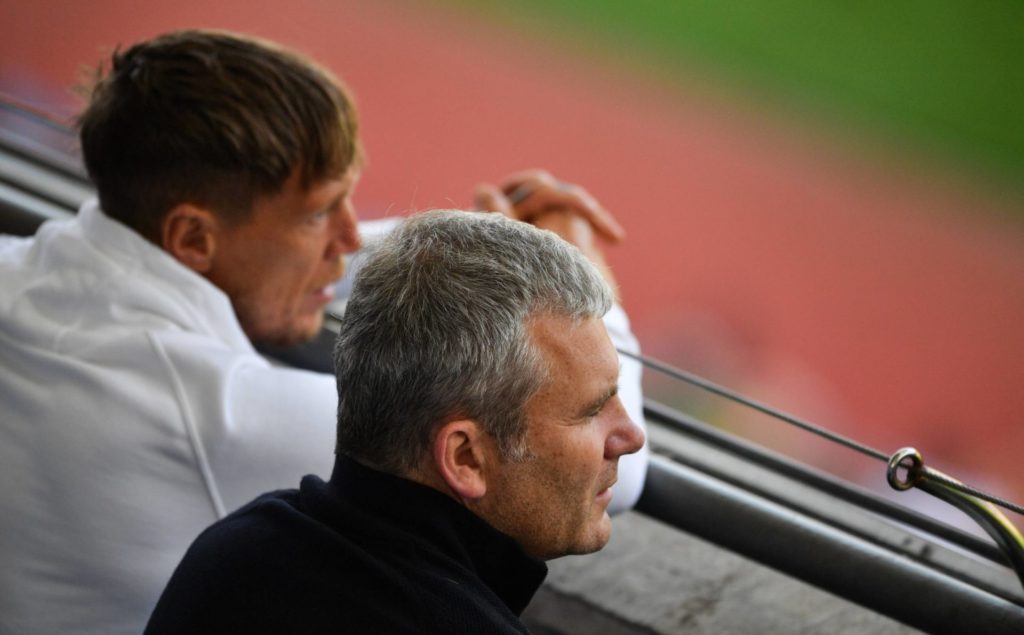 Gone from the teamsheet were the likes of Ger Cafferkey, Keith Higgins, Colm Boyle, Donal Vaughan, Brendan Harrison, Seamie O’Shea, Tom Parsons, Andy Moran and Jason Doherty, replaced by a raft of new (and some not so new) kids on the block, like Ryan O’Donoghue, Tommy Conroy, Oisin Mullin, Eoghan McLaughlin, Mattie Ruane, Conor Loftus and Stephen Coen who, despite a member of the panel since 2014, had yet to start an All-Ireland Senior Final.

To ask them to overcome the greatest football team the GAA has ever seen was a ridiculously difficult challenge, one they eventually achieved of course, only several months later than would have had them lift Sam Maguire. Unfortunately, there was no prize handed out for last month’s dethroning of the Dubs, just like when Mayo beat the defending All-Ireland champions in 2004 (Tyrone), 2011 (Cork), 2012 (Dublin) and Donegal (2013). A lesson we can learn from all of that? That the hardest part of the job remains ahead of us.

And yet, it doesn’t matter that we have won none of twelve All-Ireland final appearances since 1989, Tyrone’s somewhat surprise extra-time semi-final victory against Kerry means that the hope which had existed among supporters that Mayo would win this year’s Championship has been replaced by an expectation that Mayo will win this year’s Championship. The reasons are quite clear.

For once, there’s no Dublin in our way, against whom we have won only three of eighteen senior championship matches, nor a Kerry against whom we have won only five of 28 senior championship matches, who have won just eleven fewer All-Ireland titles (37) than we have Connacht titles, and who we have never beaten in four All-Ireland finals. 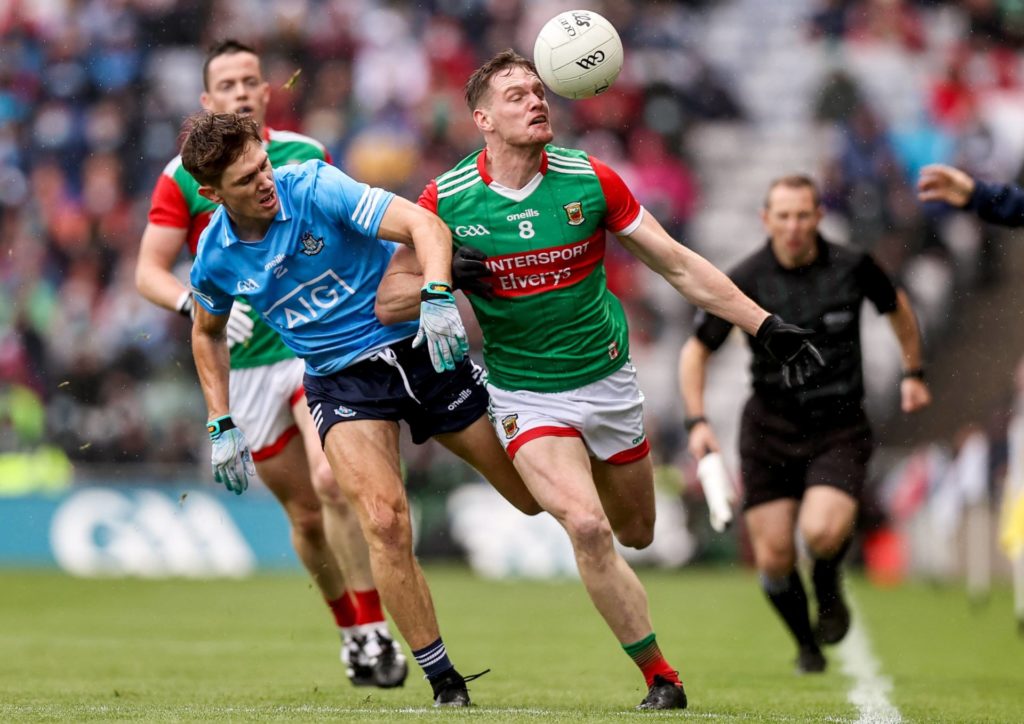 No, all Mayo have to do on Saturday if they are to end the most talked about famine in GAA history is repeat what they have managed to do on four of their last five occasions: win a game of championship football against Tyrone. That two of those wins are as recent as 2016 and 2013, and that several key members of this Mayo team also have experience of winning an All-Ireland minor final against Tyrone in 2013, simply adds to the sense that whatever excuses have been offered – and sometimes accepted – for Mayo’s failure to win any of the six finals they have played since 2012, would be extremely unlikely to wash this time around in the event of yet another defeat.

If they can give six-in-a-row Dublin a six points half-time headstart and beat them with neither the highest-scoring footballer in championship history and the reigning Young Player of the Year at their disposal, then they can beat Tyrone.

If they can give arch rivals Galway a five points half-time headstart and beat them by the same margin, then they can beat Tyrone.

To do so, however, will almost certainly require that Mayo manage to do what they failed to do in both those games, which is play equally as well in both halves. Seldom are such deficits retrieved on All-Ireland final day. (Except, of course, if you’re Meath and your opponents are Mayo.)

Beating the Red Hands in 1989 to secure passage to a first All-Ireland final in 38-years, and again in 2004 when Tyrone were defending All-Ireland champions, Mayo’s only championship loss to the Ulster men came in 2008, and even that was by a solitary point in a year that Mickey Harte’s side would go on to lift Sam Maguire for the third time in six years. It remains their last time to do so, with only one further appearance in the final since then compared to Mayo reaching the showpiece in 2012, ‘13, ‘16, ‘17 and ‘20, playing always the bridesmaid.

Among the numerous contributors to this week’s Western People All-Ireland supplement is Anthony Munnelly who two years ago also penned a hugely entertaining – and astute – A to Z of Mayo Football, as part of our award-winning review of Mayo GAA from 2010 to 2019.

“T is for Tickets” decided Anthony on that occasion.

“It’s never been easy to get a ticket to an All-Ireland final. I know a man who knows a man who met a man who heard of a man on a lock-in in Kilkenny some years ago when the hurlers were unbeatable,” began Anthony. “He and his fellow zombies regained consciousness sometime around midday and, while searching his pockets for any money he might have left, he found a ticket for the hurling final that was on that very day. He held it up, and got a laugh from the boys. If he had done that in Mayo, it wouldn’t have been a laugh he’d have gotten. It’d have been a spin in an ambulance.” 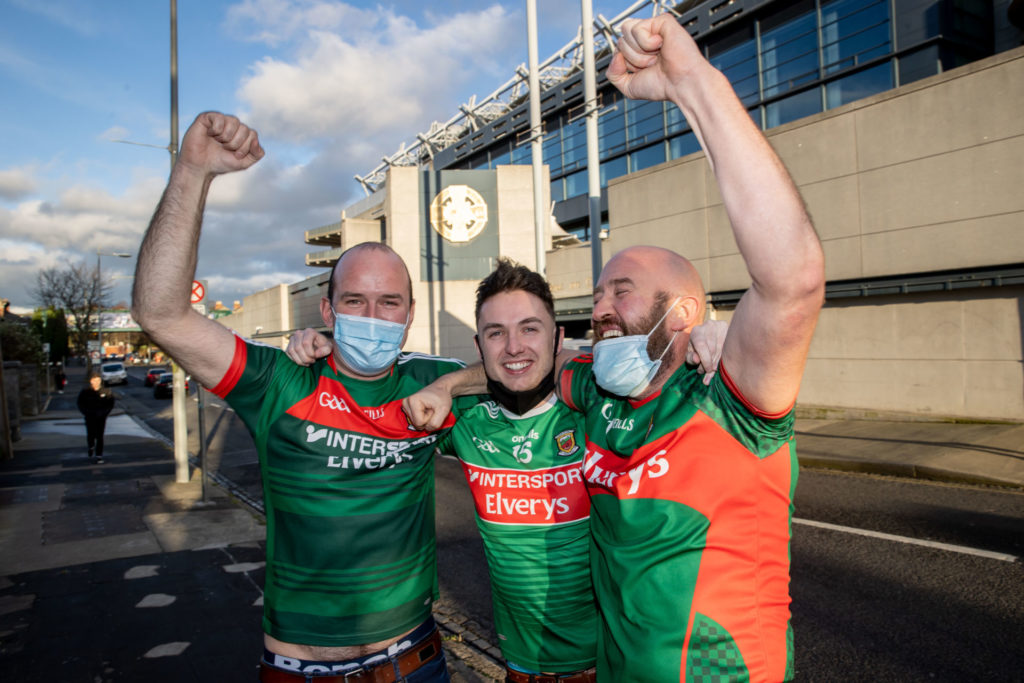 Mayo fans Shane Hoban, Martin Hoban (both Castlebar) and Denis Healy (Belmullet) turned up to Croke Park for last December’s 2020 final despite no fans allowed inside the ground, unlike what is the situation for today’s final. Picture: INPHO/Morgan Treacy

It’s a scene thousands of Mayo supporters will easily relate to in their hunt for tickets this week, as Croke Park opens to only half its capacity on account of the ongoing Covid-19 restrictions.

But what if Anthony Munnelly next week decided that with the final out of the way, T was no longer for Tickets but for Tyrone? What might circumstance inspire him to write? Hopefully something totally removed from his “D is for Donegal” observation of two years ago.

“Mayo played Donegal in the Championship four times this decade, and won three out of the four games. But the one game of those four, the one Donegal won, is the only one that’s carved in stone. In the Championship, when you win is more important than whom you beat, or how often, or by how much.”