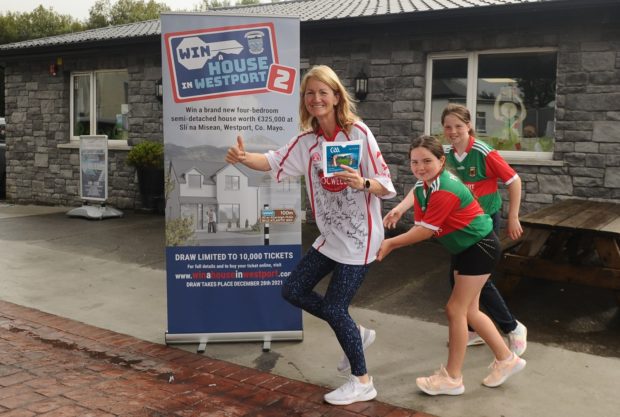 A Tyrone woman living in Mayo has dealt an early blow to the Green & Red by scooping up two All-Ireland Final tickets in a fundraising draw.

Emer Farrell won the much-coveted tickets in the Win a House in Westport 2 All-Ireland Bonus Draw.

Emer, whose maiden name is Monaghan, is a dentist working in the town, originally from Trillick in county Tyrone where she grew up in a family steeped in Mayo GAA tradition.

Emer collected her winnings wearing her Tyrone colours but she may well be converted to a Mayo supporter by full time in the All-Ireland Final on Saturday.