GAA president Larry McCarthy has said a lack of expertise is behind the decision not to expand the capacity of Croke Park for the All-Ireland football final between Mayo and Tyrone.

Up to 41,150 fans will be allowed into the ground on September 11, with no vaccination passport required for entry. 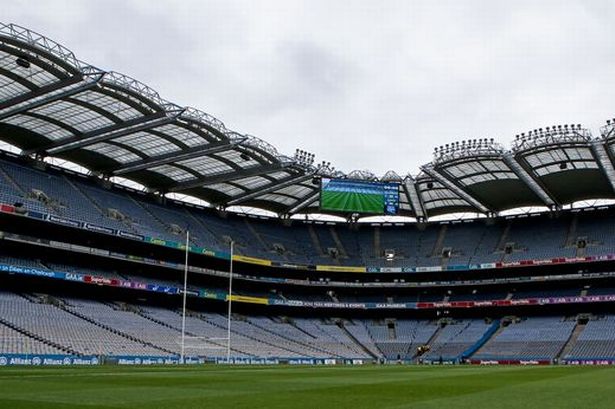 Speaking on RTÉ’s Morning Ireland today, McCarthy said the decision to not try and accommodate up to 61,000 fans was a “logistical issue.”

“We have not trialled being able to check vaccine passports or vaccine documentation. So it was too onerous to get 60,000 into Croke Park in a condensed time. We didn’t think we had the expertise to do it so we decided we would stick with the current amount.

“You’re not only checking a vaccine passport but you’re checking a photo ID and you’re checking a ticket. That could take up to three minutes. If we were super competent at it we might be able to reduce that but the time frame was much too onerous for us to get it done efficiently.

“All tickets have been allocated at this stage, and about 50% had been allocated by the time we got word from the government that there was a possibility of going to 61,000.

“We would have liked to do it, no doubt. But we decided with all caution that we should stay with the current figure.”

Tickets for the final are like gold dust. Mayo and Tyrone have each received 11,450 tickets for Saturday week’s All-Ireland SFC final.

Reflecting the restricted capacity, McCarthy revealed each county has received over 2,000 fewer tickets than they usually would – but a greater allocation for the stands.