An area of Castlebar is home to a game unique to the town and a community that is one of the most tight-knit in the county.

St Bridget’s Crescent and Marian Row are bisected by a stream that has become synonymous with a pastime that generations of Castlebar people have enjoyed. ‘The Hogies’ involves leaping across the stones that dot the stream with the slanted banks used to pick up speed and add marks for artistic impression!

St Bridget’s Cresent resident Margaret Gannon (nee Ansboro) recently rounded up firm friends and past and current residents for an impromptu ‘Hogies’ reunion. “We all went down there and gathered. It was great to be together, we had a wonderful time,” said Margaret. Sixty years might have passed since some of them played the homegrown game for the first time but they showed that they never lost it!

Margaret was born and bred in St Bridget’s Crescent and ‘The Hogies’ has been a feature of life there since she was a child. “I think we were the first generation to play it. I was born in 1959 and we went down there from about the age of three or four,” said Margaret. Her children and grandchildren followed in her literal footsteps and played the river-based game.“It was done in different parts of the river. There was a Marian Row side and a St Bridget’s Crescent side. There was a friendly rivalry there!” laughed Margaret.

The late Patsy Heraty, who lived at Number Six St Bridget’s Crescent, is thought to be the first person to make up and play the game in the mid-1950s when she and some other local children took advantage of some blocks from builder Tom McHugh’s nearby yard. How the game received its unusual name remains unclear with speculation that it could have been called after a landowner or a local councillor called Hogan. “In the early part of the last century, there was a famous Castlebar councillor named Dan Hogan who would have been very well-known in this particular area. He was a local character and a member of Castlebar Town Council. It may well have been called after him,” opined St Bridget’s Crescent resident and former Mayor of Castlebar, Johnny Mee. “It’s a unique Castlebar custom never practiced anywhere else but Castlebar,” Johnny added.

Marian Row and St Bridget’s Cresent were built by Castlebar Urban District Council in the 1950s. Marian Row received its name as part of the commemoration of the Marian Year of 1954. “It was an amazing place to grow up in,” said Margaret’s sister Marie. “Every household had three or four children in it. We all became so close and we all looked out for each other,” said Margaret.

Margaret and Marie lost their Mum at a very young age but Mrs Cresham who lived a few doors away became like an adoptive mother to the Ansboro’s despite having 10 kids herself. “We spent a lot of our lives in that house. So much so that it became like our house as well, we basically had two homes. We used to swap clothes and shoes with each other even when we were going to the dances,” said Margaret.

The homes have changed very little since they were first constructed. “They are great houses and a credit to the people who built them,” said Johnny. “They are absolutely rock-solid,” added Marie. Built from mass concrete, they have tested the tools of local builders! “It took them three days to kango my kitchen floor,” said Margaret. “A builder working on mine broke about three chisels!” laughed Johnny.

As well as six-time Mayor of Castlebar Johnny Mee, other notable St Bridget’s Crescent residents included well-known writer Fr Colm Kilcoyne, Fr Benny McHale, and talented musicians Nan Monaghan and Joseph Bernie. “We used to have two bands on the Crescent thanks to Nan and Joseph Bernie and they would be practicing in their houses. We used to stand outside their houses and listen to all the entertainment. Joseph Bernie was a brilliant saxophone player and Nan was a great singer,” said Margaret. “We have great memories of Nan leaving the house in the most beautiful dresses,” said Marie. The late Nan Monaghan’s husband Mick is the oldest current resident of St Bridget’s Crescent resident at the age of 93.

St Bridget’s Crescent is a model of what social housing should and can be. “People here are so proud of their homes and have been in their houses so long. Four generations have gone through my house,” said Margaret.

The area was also home to an outdoor swimming pool on the Green. The pool, affectionately known as ‘The Duck Pond’ was opened by Irish Olympian Ronnie Delany. It thrived for more than 20 years but closed in the 1980s when a new purpose-built swimming pool was opened Castlebar. “It’s such a shame that there is nothing there to mark where it once stood,” said Margaret. “Sometimes you would jump in and your lips would turn blue with the cold but as my daughter said to me it was like an ice bath and it was so good for you. It was great fun too,” she added.

“The whole town would come back to the pool,” said Marie. While queues for the pool formed, the road around Marian Row and St Bridget’s Crescent would become an impromptu cycle track. “People would leave their bicycles outside and you would borrow a bike and go for a spin around Marian Row while you were waiting,” said Margaret.

Community spirit remains an ever-present part of life on the Crescent. During Covid-19 lockdowns, people helped their neighbours with shopping, messages, and kind words of friendship and support. 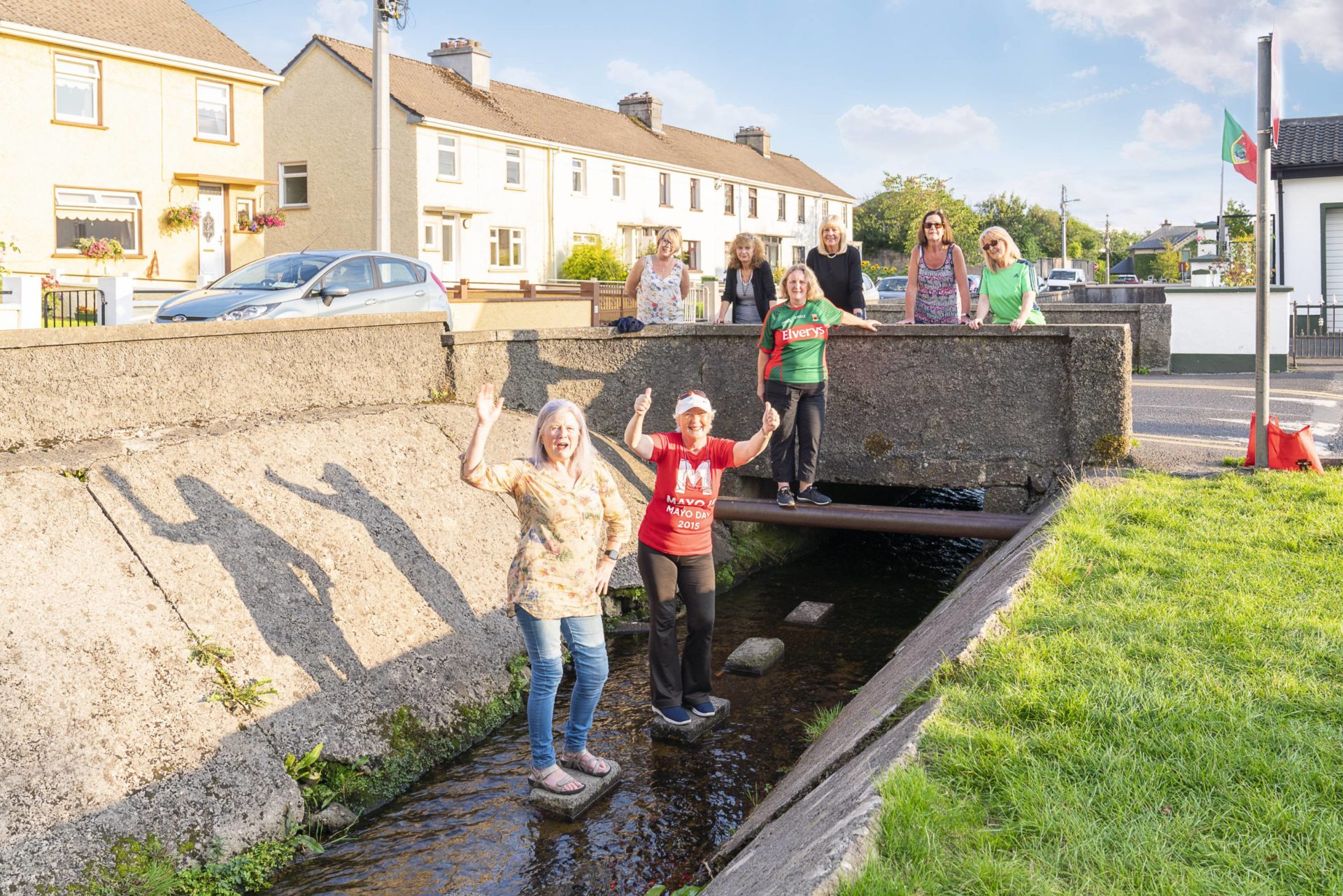 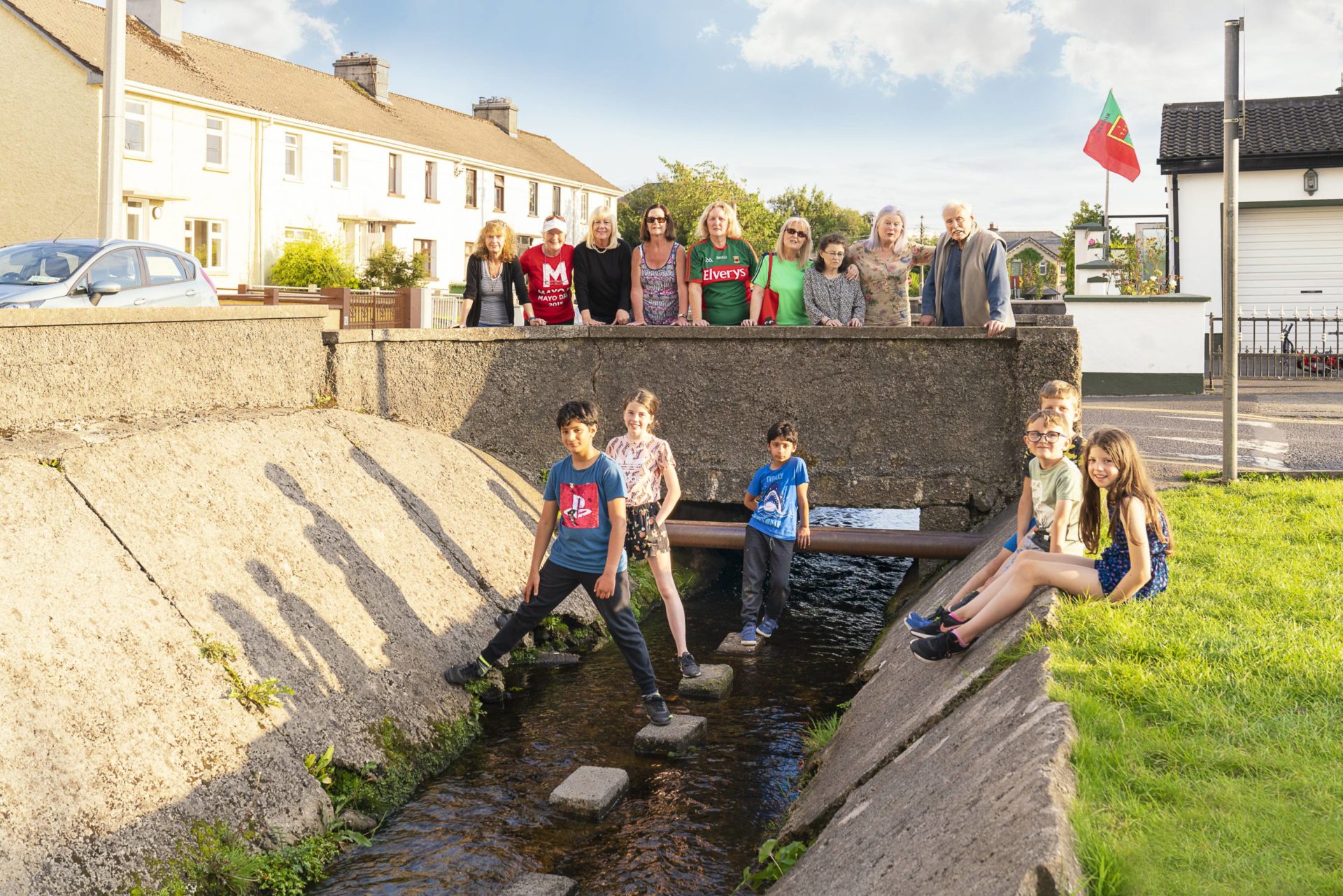 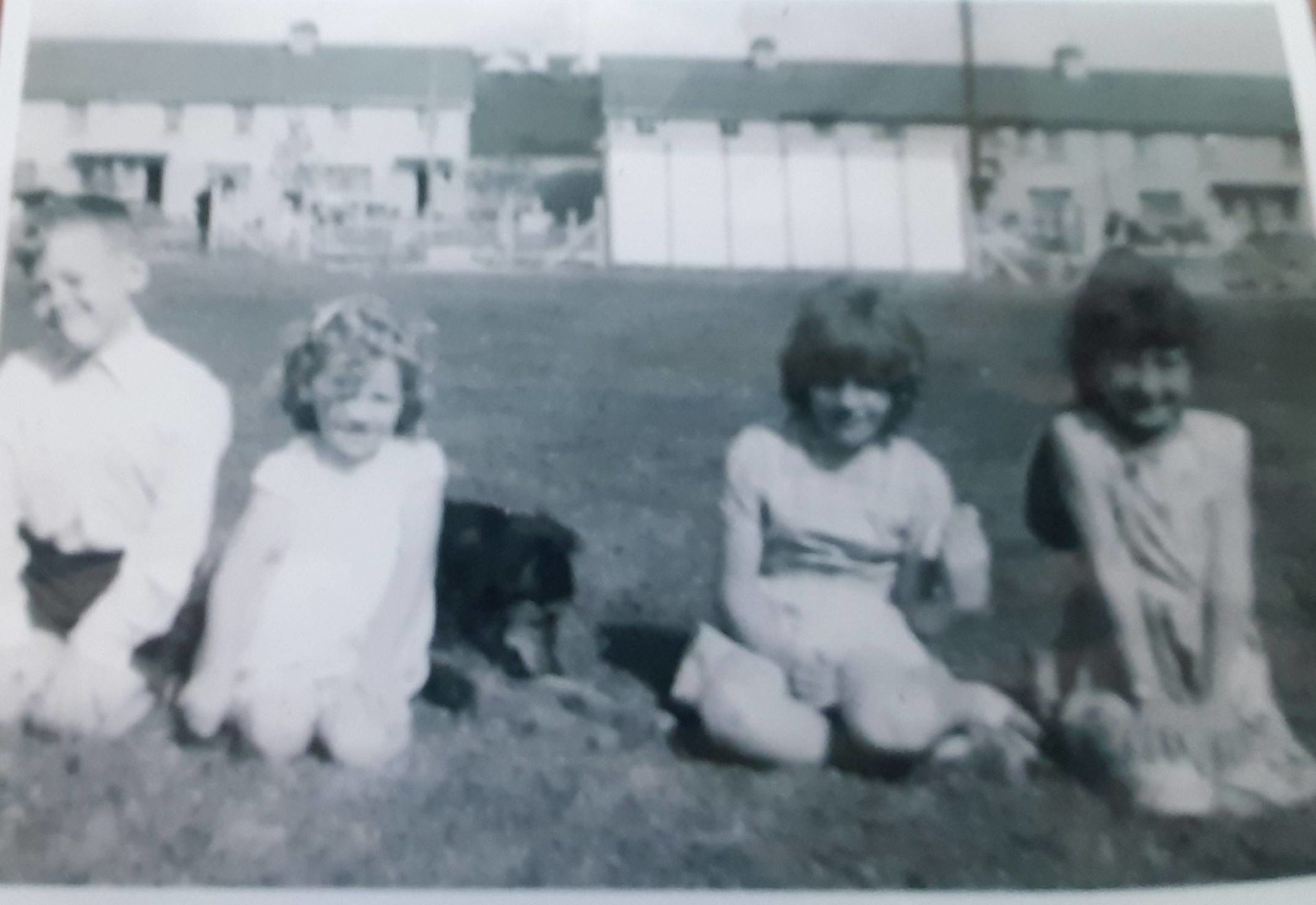 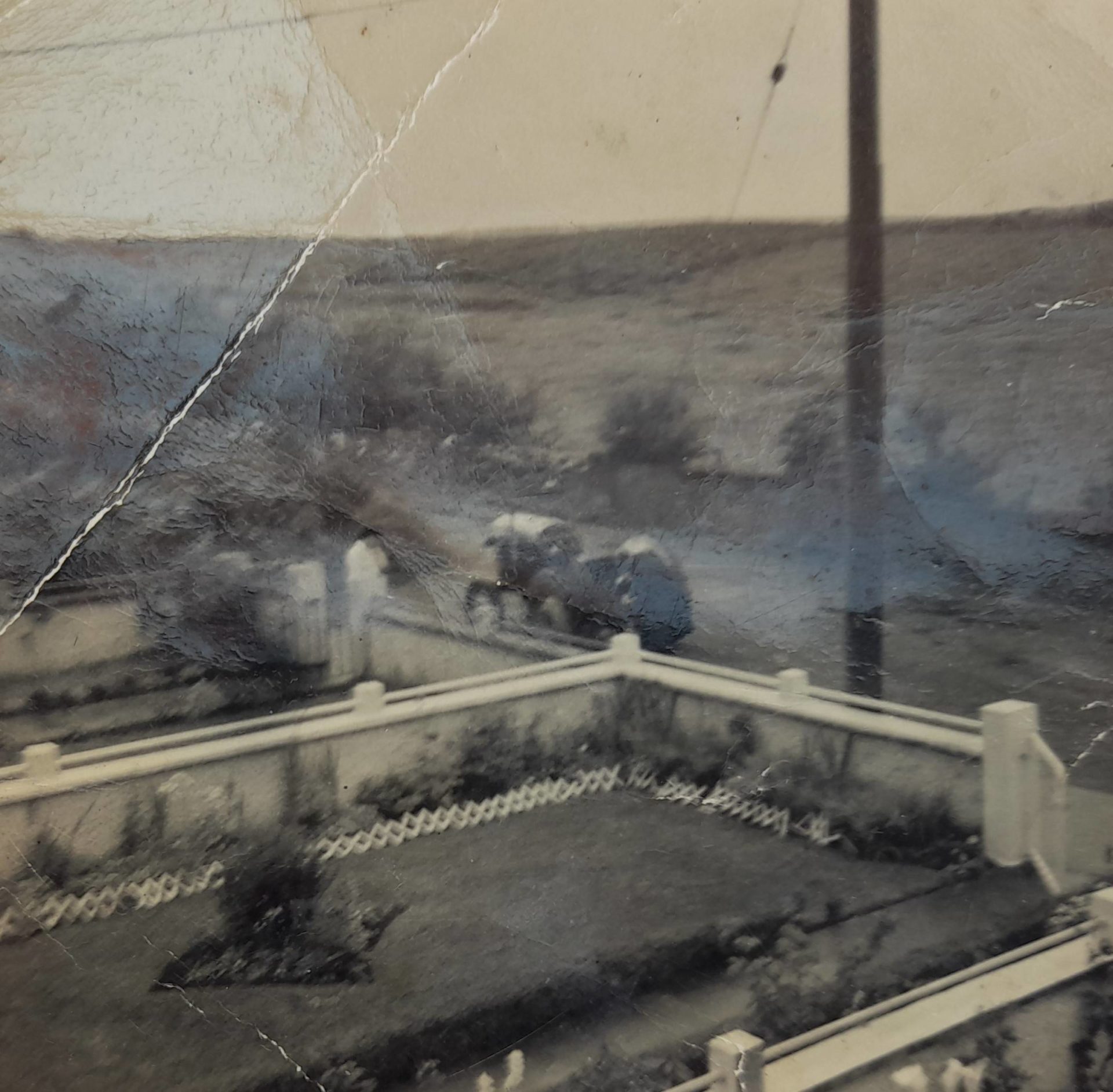 A scene from the Pound Road in the 1950s. (Photo courtesy of Margaret Gannon).

“We don’t live in each other’s pockets but we are there for each other when needed,” said Margaret.