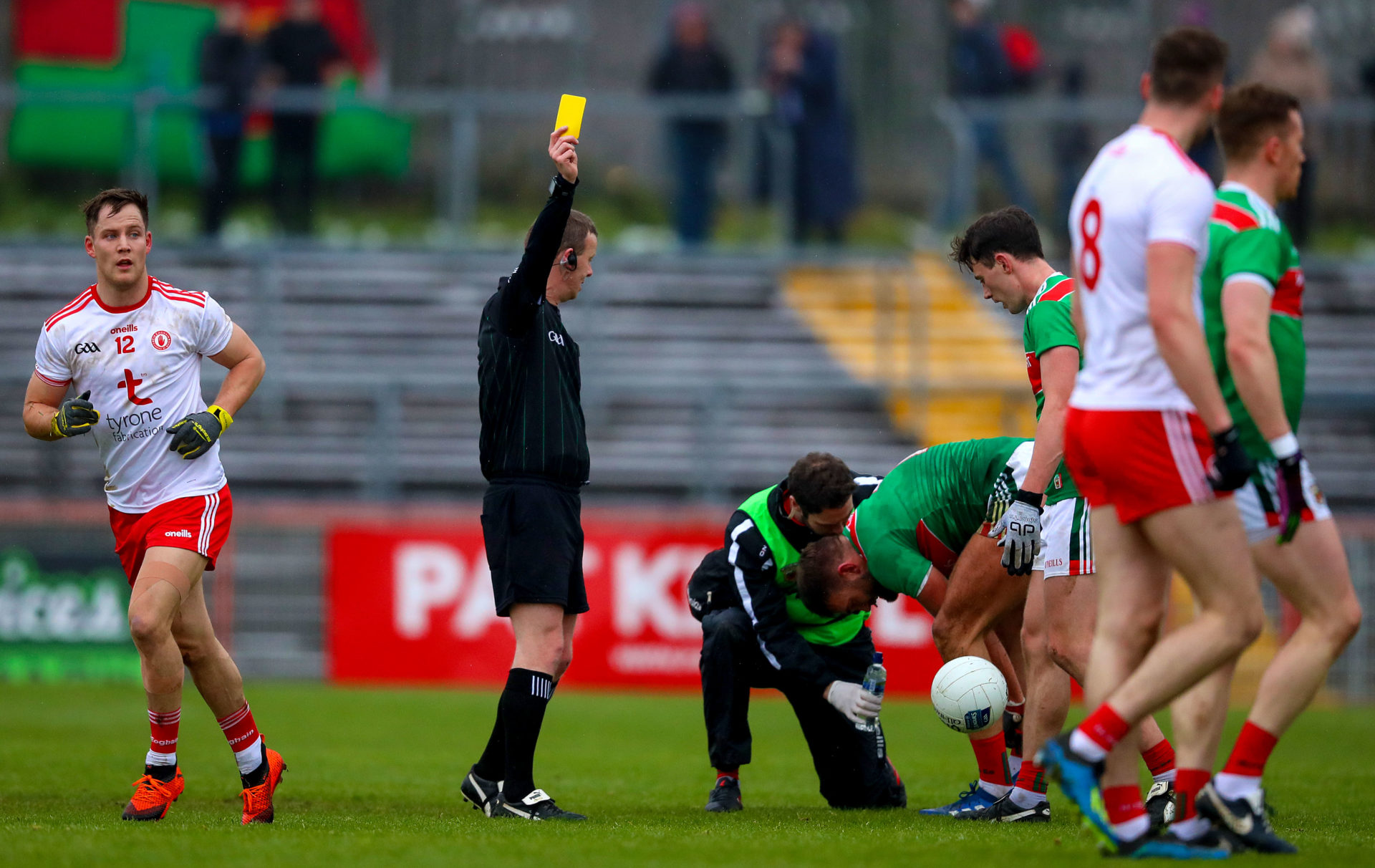 Joe McQuillan, pictured during the National League meeting between Mayo and Tyrone in Omagh in 2019, has been appointed to referee next Saturday’s All-Ireland SFC final between the counties. Picture: INPHO/Tommy Dickson

Joe McQuillan has been confirmed as the match referee for the All-Ireland SFC final between Mayo and Tyrone on Saturday, September 11.

It will be a fourth senior final for the experienced official from the Kill Shamrocks club in Cavan, and a third involving Mayo. McQuillan previously took charge of the 2011 final between Dublin and Kerry and the 2013 and 2017 deciders, both of which saw Mayo take on Dublin.

He also refereed the All-Ireland under-21 final in 2006, in which Mayo defeated Cork, as well as three Leinster finals, one Munster final and two Ulster finals.

McQuillan’s umpires on the day will be Ciaran Brady and TP Gray (both from Kill Shamrocks), Jimmy Galligan (Killygarry) and Mickey Lee (Drumalee).

Meath’s David Gough will be the standby referee. The other linesman will be Brendan Cawley from Kildare and the sideline official will be Ciaran Branagan from Down.