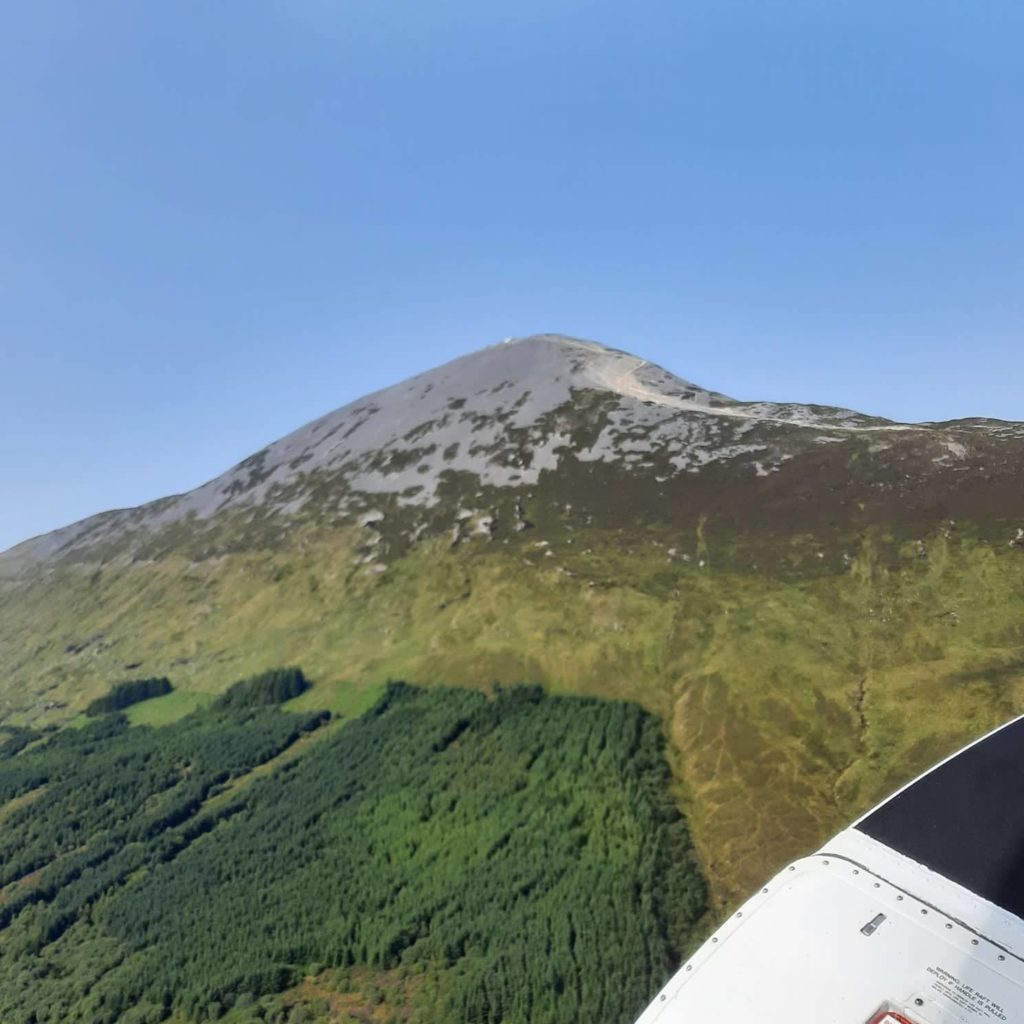 Croagh Patrick as pictured from on board Rescue 118 on Saturday.

A dramatic rescue on Croagh Patrick was captured in pictures on Saturday afternoon as Rescue 118, the Sligo-based Search and Rescue Helicopter, was called upon to assist with the removal of a climber who had collapsed. 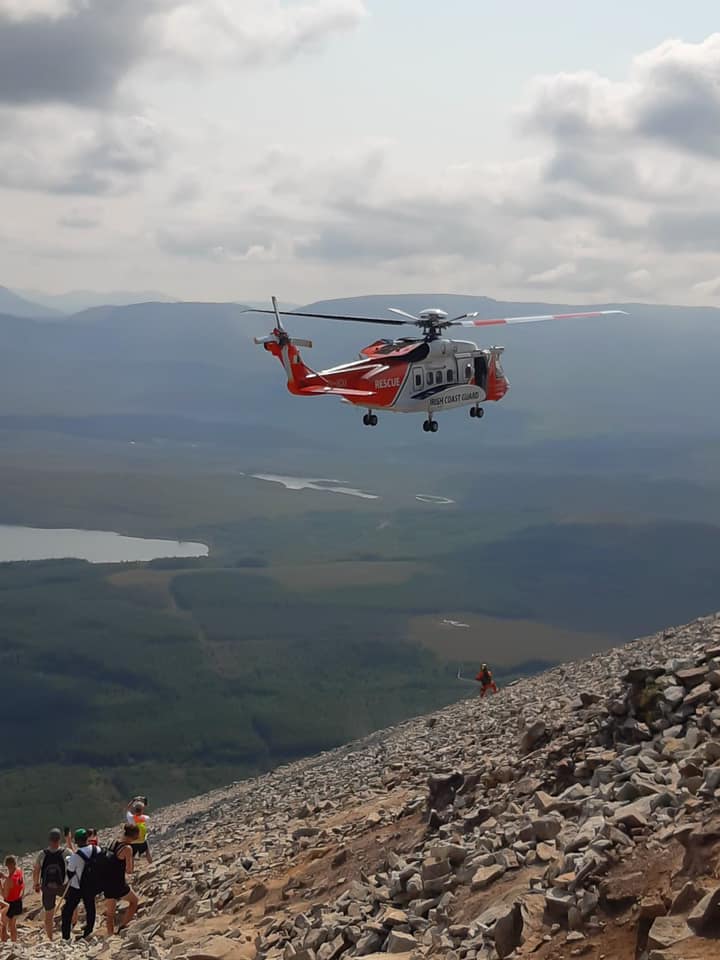 The Rescue 118 helicopter hovering above the slopes of Croagh Patrick during Saturday’s rescue of a collapsed climber. Picture: Dylan Walsh (Facebook)

Having arrived at the mountain and after assessing the casualty, it was decided by the Rescue 118 crew to request the assistance of volunteers from Mayo Mountain Rescue and Westport Coast Guard who were airlifted to the casualty’s location and winched down to provide hi-line assistance and crowd control as there were numerous other climbers on the mountain given the exceptionally good weather conditions, and who needed to be managed safely during the casualty extraction.

The local volunteers ensured that climbing and descending was paused around the location while the casualty was winched to the safety of the aircraft and transferred to Mayo University Hospital. 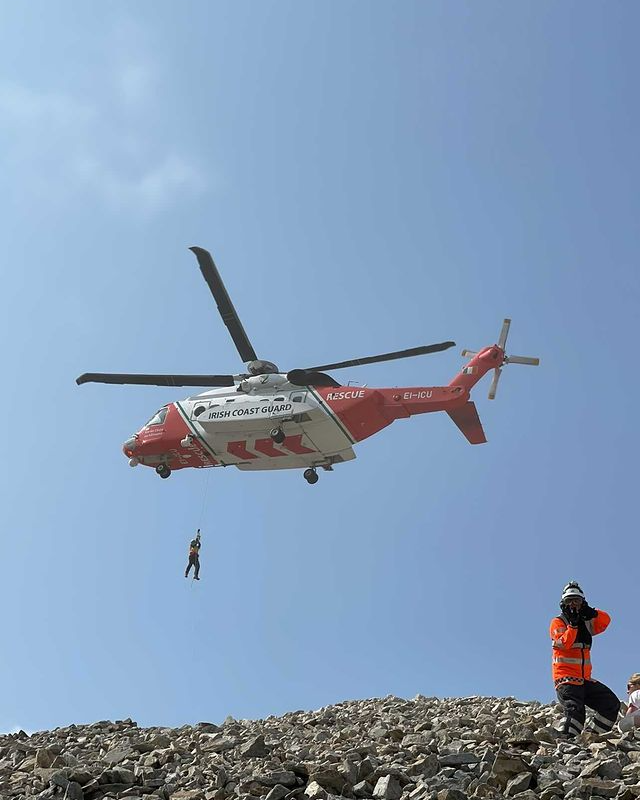 A mountain rescuer is winched from the Rescue 118 helicopter above Croagh Patrick. Picture: Avril Roulston

The Rescue 118 staff later thanked all the members of the local rescue services who had to give up watching the television for the afternoon to find out who Mayo would play in this year’s All-Ireland SFC final!
Filed under: Croagh Patrick, Irish Coastguard, Mayo, Mayo newspaper, West Mayo, Westport