Two football coaches from Ballina recently teamed up with football legends Rio Ferdinand, Joe Cole, Glenn Hoddle and Steve McManaman to deliver a landmark event at Crusaders FC’s Seaview Stadium in Belfast.
Dan Gorman and Jonathan Heffernan were part of a coaching team led by Joe Cole, the former Chelsea and Liverpool player that delivered the Hope Cup, a showcase event that forms part of BT Sport’s #HopeUnited campaign. Ferdinand, Cole, Hoddle and McManamon have all appeared in various World Cups as England players, with Hoddle managing his country to the 1998 finals. 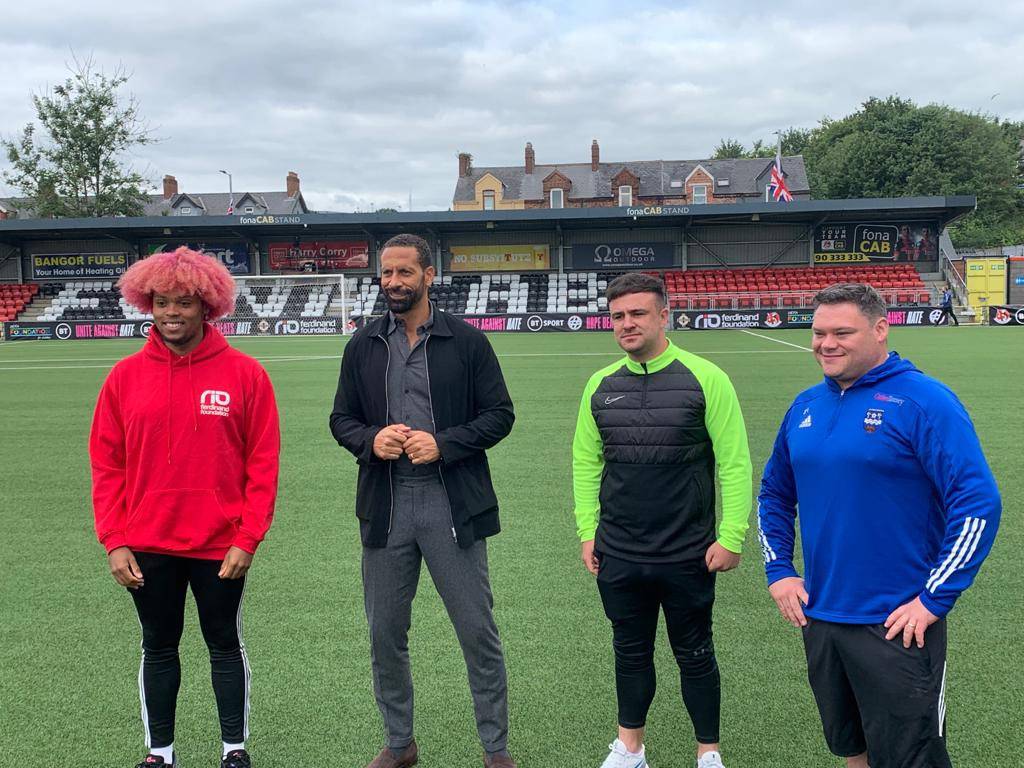 32 players aged 14 ro 17 from community projects across Northern Ireland, including refugee communities from Syria and East Timor, competed in the Hope Cup on Tuesday, August 10, a game that was treated like any other professional match.
It was presented by Rio Ferdinand, with team managers Glenn Hoddle and Joe Cole, and featured commentary from Darren Fletcher and Steve McManaman. A host of famous football and media faces in the crowd also ensured a memorable occasion.
Gorman and Heffernan, both integral members of Ballina Town Football Club, have worked for the Rio Ferdinand Foundation since January 2021, as project leads for the Youth In Action project in Connacht.
Heffernan said: “It was an honour to represent Ballina and Mayo in working with these young people and seeing how we can bring people together through sport. Working with Joe Cole also gave me a few tips I can take into my role as first-team manager at Ballina Town FC and seeing the great work happening in the North has given a great boost to the Youth In Action project here as we start back to work after lockdown.” 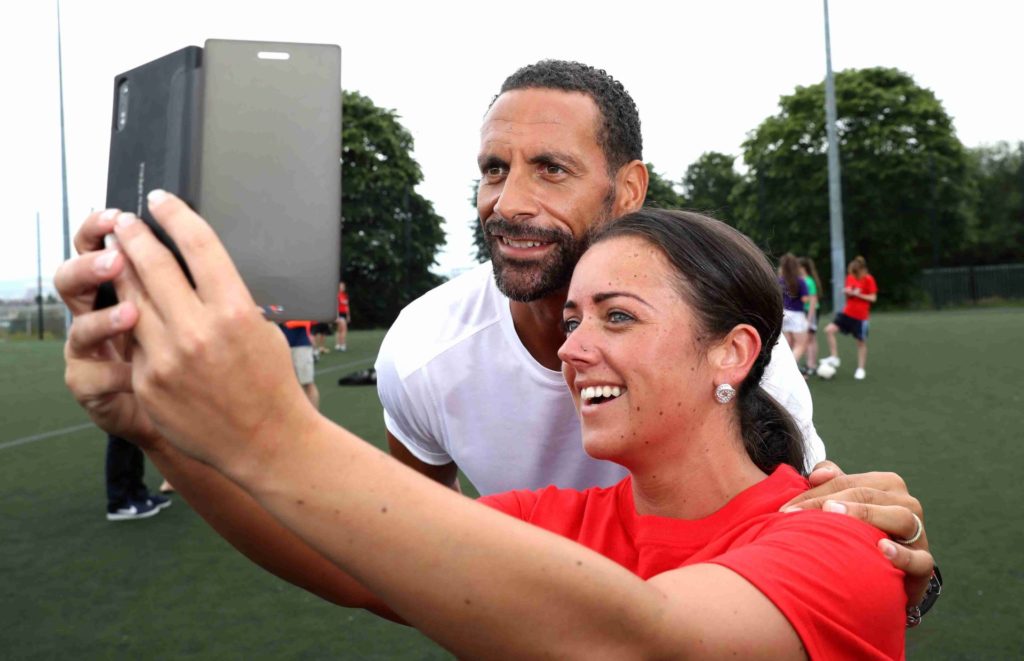 Former Manchester United, Leeds United and England footballer Rio Ferdinand with a member of Active Communities Network at the 2017 launch of his Foundation’s partnership in Belfast. Picture: INPHO/Presseye/William Cherry

Dan Gorman said: “Being a part of this project and event makes it clear how important it is to bring people together and provide opportunities for understanding and friendship. The young people we trained and were involved with had a fantastic time and it was good to not only meet but work with some football legends who want to give back to the community.”
The event, which was organised by the Irish FA and delivered in partnership with UEFA and BT Sport, highlighted the important work being done to bring communities together through sport, to promote youth leadership and tackle inequality.
Rio Ferdinand said: “This event in Belfast has showcased how football brings people together and is a great way to tackle hate and promote understanding. The team at the Foundation do a brilliant job week-in, week-out in delivering Youth In Action projects across Ireland, and it was great to see everyone coming together for one day to make a difference. 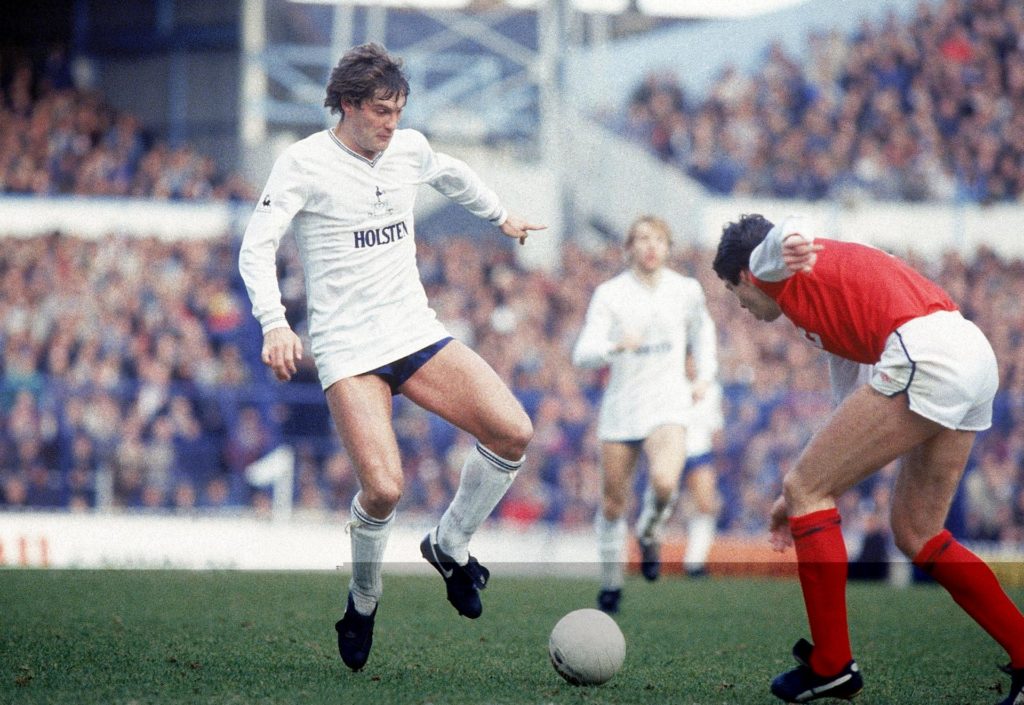 “It was fantastic to meet Dan and Jonathan and see of the work they are doing in the West of Ireland and I am looking forward to seeing the results of the upcoming cross-border work they are planning this year.”

The players, coaches and youth workers were subsequently invited to attend the European Super Cup in Belfast on August 11 between Chelsea and Villareal as guests of UEFA. A documentary on the event and the projects behind it has since been screened on BT Sport.