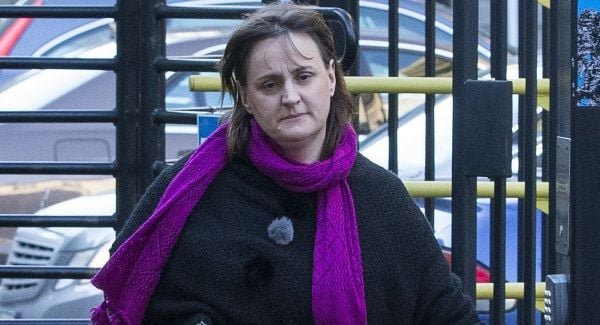 Victims’ rights campaigner, Kathleen Chada has expressed relief at the Parole Act which came into force on Wednesday.

Under the Act, the power to approve or block the release of prisoners serving life sentences has been taken out of the hands of the Minister for Justice and assigned to the Parole Board.

Speaking on RTÉ radio’s Today show, Ms Chada said the change, for which she had campaigned, was “bitter-sweet” under the circumstances, but added she would “take victories where they fall.”

Ms Chada’s two sons, Eoghan (10) and Ruairí (5), were strangled in 2013 by their father, Sanjeev Chada, at Skehanagh Lower, Ballintubber, Co Mayo on July 29, 2013. Their bodies were discovered in the boot of Mr Chada’s car, which he had crashed not far from Westport.

Under the Parole Act, life-prisoners must now have served at least 12 years, rather than the previous seven years, before becoming eligible for parole.

“It seems incredibly wrong that at seven years he would have been eligible for parole.”

Ms Chada accepted that her ex-husband would not have got parole, “but why put me and my family through this process?” she asked.

“Seven years is an insult,” she added.

Parole was not just about leaving prison, it was also about gaining concessions, such as days out for good behaviour, Ms Chada explained: “It’s almost a carrot and stick approach.”

For the first time there was a real acknowledgement of the plight of the families of victims, Ms Chada said. “Now we have the opportunity to give an oral statement, to face the Parole Board directly. They see us and meet us, they hear the impact of what happened to us and our loved ones.”

When asked about situations where the perpetrator was not likely to commit a crime again if released, she said she would like to see a minimum tariff system introduced whereby a judge could rule that a person serve a minimum sentence of a specific number of years before being eligible for parole.

“At times there needs to be a punitive outcome for the act they perpetrated,” she added.