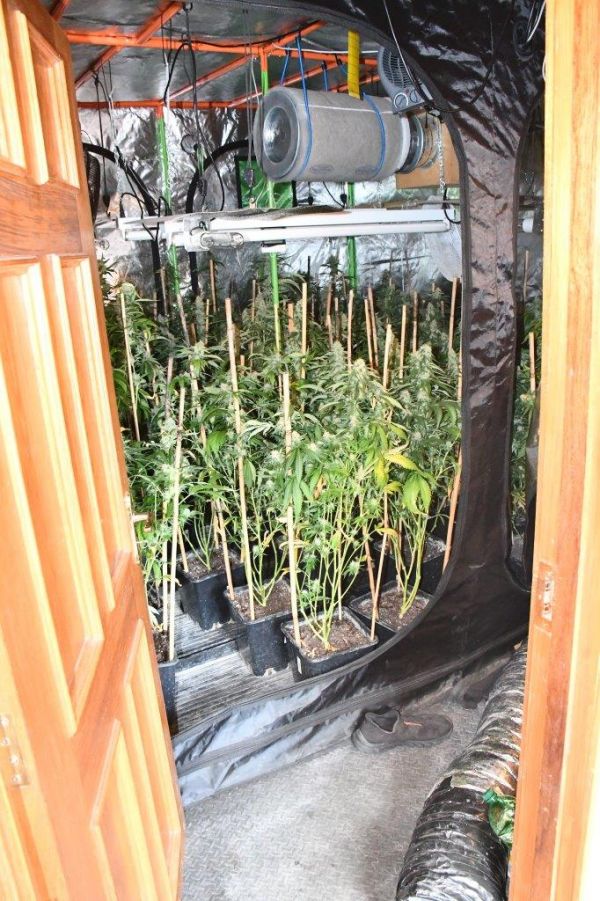 One man was arrested after gardaí raided a cannabis grow house and seized cannabis plants and herb worth €56,050 in Co Roscommon today.

Gardaí attached to the Castlerea District and members from the Roscommon and Longford Divisional Drugs Unit carried out two searches in Roscommon earlier this afternoon.

The searches, carried out as part of Operation Tara, led to the seizure of cannabis plants and cannabis herb with a combined value of €56,050.

During the initial search, a grow house was located, with a total of 30 cannabis plants present at the property. The value of the plants found is estimated to be €24,000. Drug paraphernalia was also seized during this property.

At a follow up search, cannabis herb with a street value of €32,050 was seized and one man was arrested at the scene.

The man, who is aged in his 30s, was taken to Castlerea Garda Station where he is currently detained under Section 2 of the Drug Trafficking Act, 1996.