Turf young footballers muck in for a mate 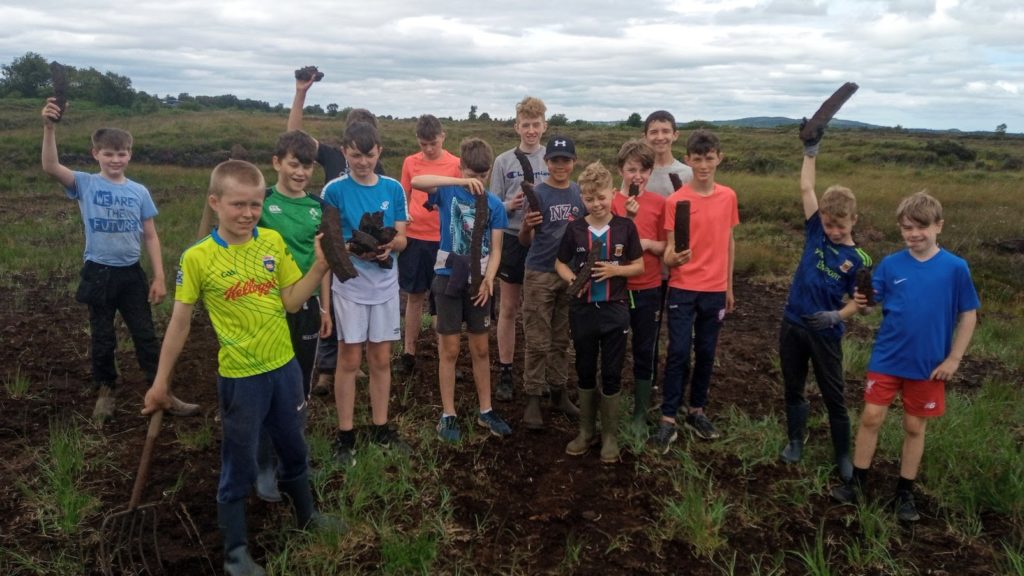 Taking a breather during their hard day’s work in Polach Bog are the under-13 footballers of Bohola Moy Davitts GAA Club. 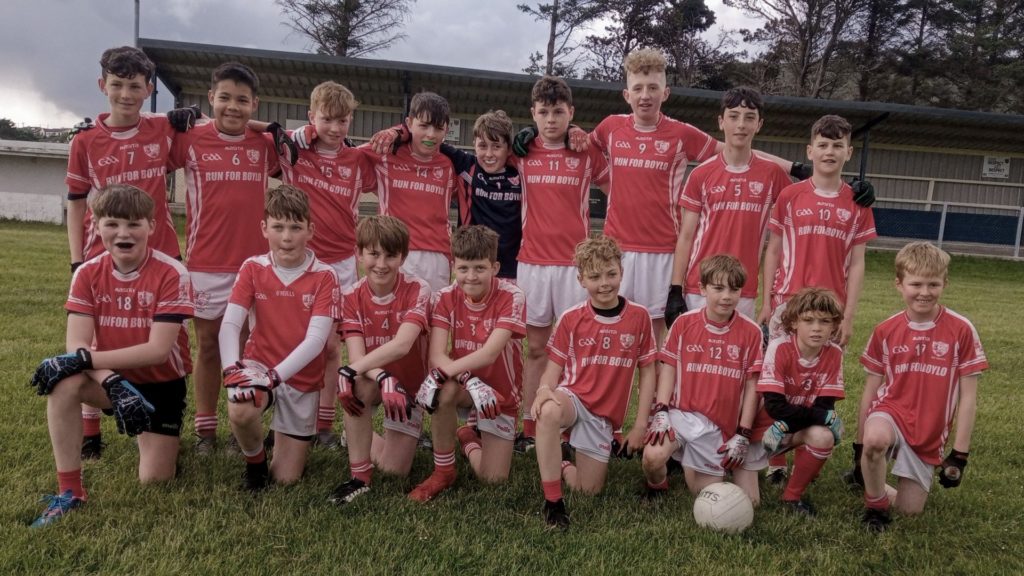 It’s back to the pitch this week for the Moy Davitts U13 team who hope their hard work in the bog will pay off in the county semi-final. 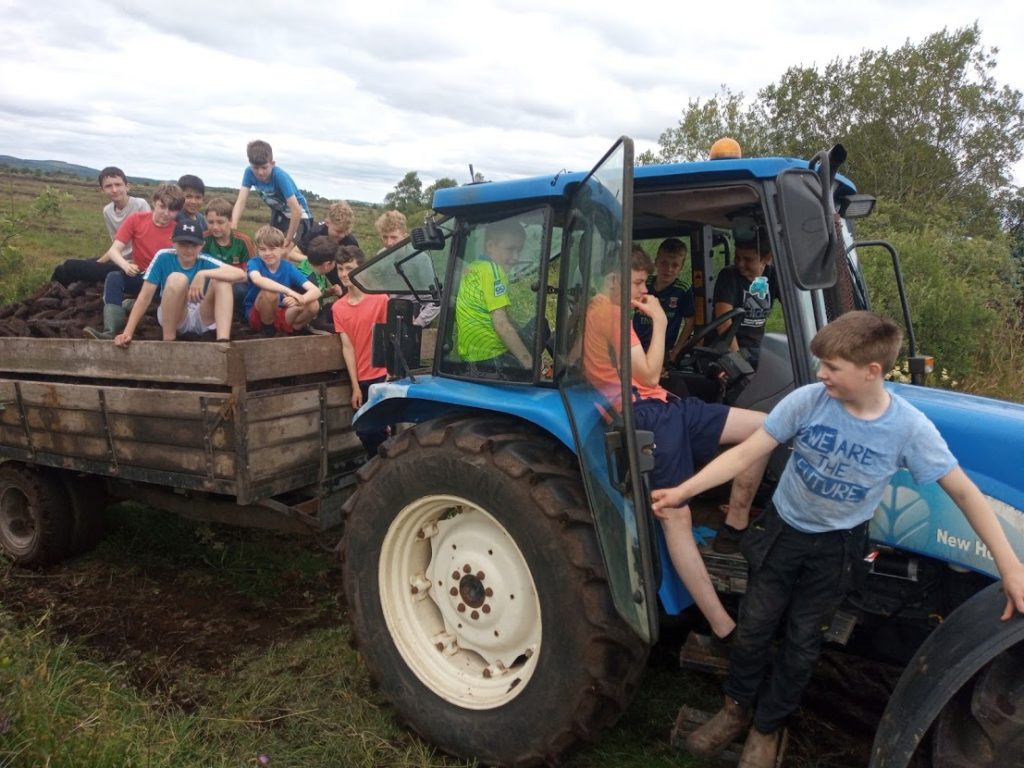 The McKeown family say the kind actions of the young men will be remembered for many years to come.

What better way to train for a county football semi-final than a hard day’s labour in the bog. And what better way to support a teammate and his family in their hour of need than to haul home their mountain of turf.
That was the response of the entire squad of under-13 footballers from Bohola Moy Davitts GAA Club after one of their own, Padraic McKeown, had received the worrying news that his dad Michael needed urgent surgery to remove one of his kidneys – a major operation which would mean many weeks of recovery.
Wanting to help ease their teammate and friend’s worries in some small way, the players realised there was something practical – and massively important – they could get their backs into. Bring home the turf!
Arranging for a tractor and trailer and having their parents drop them to Polach Bog near Straide last Wednesday, the young men worked as a team to get the lines of turf home before the heavy rain and thunderstorms of last weekend. A couple of them might have been caught by surprise and ‘treated’ by their teammates to a spot of bog snorkelling along the way but the real highlight of a long day’s work was the well-deserved break to chat and fuel up.
Several trailer loads later, the very gracious gesture of the young Moy Davitts players offered a superb reminder that there’s so much more to team sport than what happens on the pitch. When teammates become much more, it is something special and the friendships made and lessons learned last for a lifetime.
The good news is that Padraic’s dad, Michael, is home after a successful operation and is recovering well.
Along with mum Mary, all three were emotional and stuck for words at the numbers who turned out to contribute. The family said that while words could never fully express their thanks and gratitude, the actions of the Moy Davitts players and their coaches will be remembered for many years to come.
The team’s next big mission is to reach the final of the Mayo U13 ‘E’ football championship. They host Davitts in the semi-final at Foxford this Thursday evening and if the last match between the teams is anything to go by, spectators are in for a humdinger as Moy Davitts won a 21-goal thriller by just one point, 11-13 to 10-15.
Maybe the bog will be the making of them but whatever the outcome, you feel the young men from the Moy are already a team of winners.