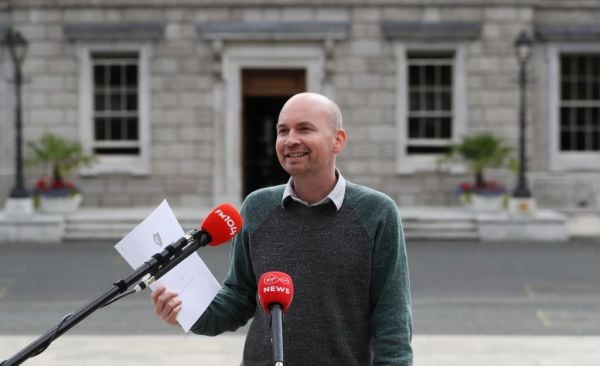 A new law proposed by People Before Profit would see carbon dioxide monitors installed in every workplace as a way to tackle the spread of Covid-19.

The party has put forward a Bill which would make it a legal requirement for all workplaces to have proper ventilation in place.

Mr Murphy said the Bill, inspired by a similar Belgian law, would require workplaces and businesses across the country to install carbon dioxide monitors to ensure a safe flow of air through their premises.

Mr Murphy said a high level of carbon dioxide in the air would indicate that a building is poorly ventilated.

Employers would need to ensure that there is less than 900 parts per million of carbon dioxide in the air.

“What we’re talking about here is not some huge amount of investment,” he said.

Mr Murphy said it is a “crazy situation” that Ireland has no legislation setting out enforceable ventilation requirements.

“There is a reason that Nphet (the National Public Health Emergency Team) advises people to be outside if possible,” he said.

“It is a real problem when you have lots of guides but none of it has legal effect.”

Mr Murphy said he acknowledges that some buildings are, by design, difficult to ventilate.

“You will have a small minority of buildings that it’s very difficult to make safe from the point of view of, through the mechanism of ventilation without enormous infrastructural works.

“We are in favour, where substantial work would have to be done to make a workplace safe, that Government would provide grants to enable that to be done.”

There is no reason that the hospitality industry should oppose these plans, he added.

“It actually could result in a situation where people would go into a pub or restaurant and decide ‘Oh no, the numbers are a bit on the high side for me. I feel safer in a place that is better ventilated’,” he said.

Earlier this year, the Government said it will be providing carbon dioxide monitors to schools – a move welcomed by Irish trade unions.