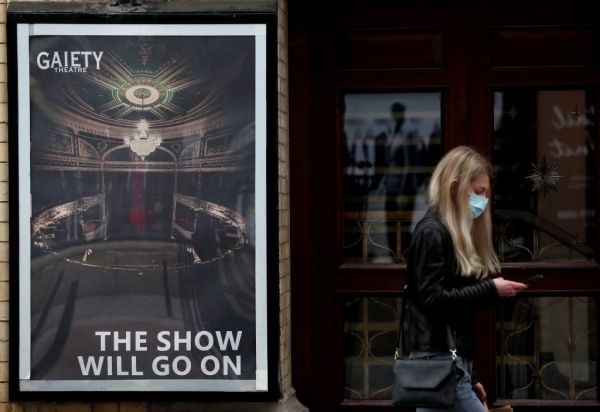 Future shows in Dublin’s Gaiety Theatre will remain “impossible” as long as audience numbers remain limited, the team behind a new stage show has warned.

For the first time since the pandemic struck, actors will once again tread the boards in one of Ireland’s oldest theatres as an operatic production of The Dead, the short story by James Joyce, brings Dublin’s Gaiety Theatre back to life.

But with public health guidelines limiting the audience to 50 people per show, the future of the grand Victorian theatre and the wider industry remains in doubt.

The new production, which is nearly sold out, has been funded by the Government’s €25 million Live Performance Support scheme, which was launched earlier this year to support commercial venues, promoters and producers.

“After this performance finishes, the theatre goes dark again until a time when the Government can allow us to open with commercially viable numbers,” she said.

When audience members take their seats for four performances across the August 7th and 8th, they’ll be treated to an intimate performance, but one that is not economically viable in the long term.

“With most other sectors almost at the finish line, they can kind of see the finish line. We’re just at the starting blocks, if you want to give it an Olympics analogy,” she said.

Breda Cashe, the producer of “The Dead, An Opera”, said the industry – after 18 months of uncertainty – was “haemorrhaging” staff.

Major shows will be not be able to happen with limited audiences, she said.

“It’s going be impossible, unless we can start getting more people into the theatre. And that really needs to happen. I know we’re all saying it, but we actually really need that so desperately.”