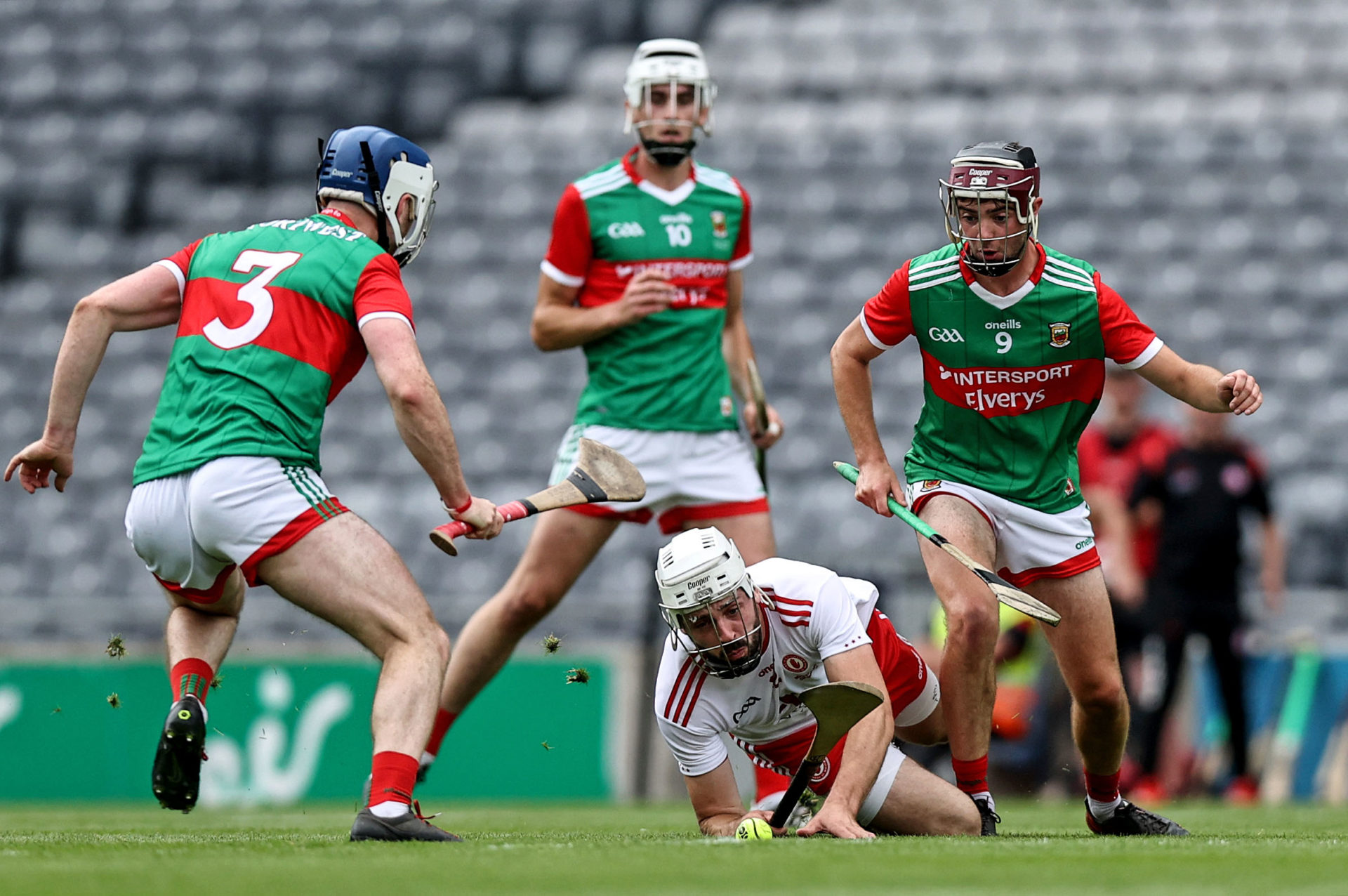 Mayo are Nicky Rackard champions for the first time since 2016 after a commanding win over Tyrone in their final meeting at Croke Park this afternoon. A devastating first-half performance, at the end of which they led by 13 points, laid the foundations for Mayo’s win and they saw out the second period in comfort to run out 2-27 to 1-14 winners and claim promotion back to the Christy Ring after three years away from the grade.

Mayo were far too strong for their Ulster opponents right around the field here. The half-back line of David Kenny, Gary Nolan and Conor Henry denied Tyrone any sort of go-forward momentum while Sean Kenny and the outstanding Cathal Freeman controlled the tempo around the middle of the field. Up front, Adrian Phillips turned in his finest display in a Mayo shirt, Sean Regan bagged 1-3 from play and captain Keith Higgins, the most high-profile addition to the Mayo team that lost to Donegal at this stage in 2020, proved too fast and too smart for the Tyrone defence to handle.

Mayo set the pattern of the game from the off, racing into a 1-3 to 0-1 lead after just four minutes through points from Shane Boland and Higgins and a goal from Sean Regan. The frees of Damian Casey kept Tyrone in touch in the early stages but from the ten-minute mark Mayo took near-complete control, denying the Red Hand another score until first-half injury time.

In the meantime, Bobby Douglas brilliantly saved a penalty from Casey, the concession of which had seen Mayo full-back Michael Morley sin-binned for ten minutes. But playing a man down made no discernible difference to Mayo as they continued to tag on the points through Higgins, Phillips, Regan and Boland. When Cormac Phillips fired over in the 34th minute all six of Mayo’s starting forwards had scored from play and they were in complete control at the interval, leading by 1-15 to 0-5.

The pace of the game dropped in the second half as Mayo navigated their way to the finish. Tyrone briefly threatened on 40 minutes as wing-forward Conor Grogan stole a march up the middle of the field and buried an excellent goal, but Mayo responded in kind four minutes later as Boland cushioned a long delivery for his Tooreen clubmate Freeman, who finished low to the corner of the net.

Mayo saw it out in comfort from there. Sean Kenny, Regan, substitutes Jason Coyne, Brian Morley and Oisin Greally and Freeman added late points, although Freeman did also pass up the chance of a second goal when he fired a penalty wide of the post.

Captain Keith Higgins became the second Mayo man in six days to raise championship silver on the steps of the Hogan Stand as Mayo earned their promotion back to hurling’s third tier for 2022.