A new podcast, ‘The Old Country’, exploring healthy ageing in Ireland was launched this week.

The 12-part series is produced by Active Retirement Ireland, which has local groups and members in Mayo.

The podcast explores issues around ageing such as combatting ageism, age-friendly environments and integrated and long-term care, and is hosted by politician, activist and broadcaster Peter Kavanagh, who is Mayor of South Dublin.

Each episode will feature a guest involved in making Ireland a better place to grow older, from older people themselves to activists and policy experts. Fortnightly episodes will examine the challenges and opportunities which an ageing population brings.

The podcast, which is available to stream on all major platforms, including Spotify and iTunes and through the Active Retirement Ireland website, has been created to mark the beginning of the UN Decade of Healthy Ageing and is supported by the Community Foundation for Ireland. 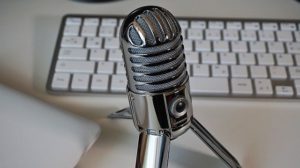 The first episode is now available to listen to and features Anne Drury, President of Active Retirement Ireland, speaking to Peter Kavanagh. In the episode, Anne discusses how she joined her local Active Retirement group initially to teach yoga, which led to her decade-long involvement with the organisation. Anne also reflects on what it means to age well, and how people in Mayo and across Ireland can make the most out of retirement.

The next two episodes of The Old Country will feature:

Mayor Peter Kavanagh said: “With the ever-increasing popularity of podcasts, now feels like the right time for something to cater for our older population in Mayo and across Ireland. With The Old Country, we are really excited to tell the story of ageing in Ireland. The podcast will explore the challenges, highlight some of the great opportunities and discuss how we make the experience of ageing in Ireland as positive as possible.

“We know how much our retired population in Ireland have to offer through our work with local Active Retirement Ireland groups. We also know that they will become a larger proportion of our population. By 2030 the population aged 80 or above will increase by between 89 per cent and 94 per cent, according to the ESRI.  This is a major shift in the demographics of our country. This podcast is all about sharing insights from those making the most of their older years, and how we can better our older years through community, wellbeing and a positive attitude towards ageing.”

The podcast is available to listen to now at www.activeirl.ie, or on Audioboom, Spotify, iTunes and all other podcast players

“We understand that some older people may never have listened to a podcast before. We’ve tried to make it as simple as possible for people to tune in,” Mayor Kavanagh added

How to listen to the podcast: