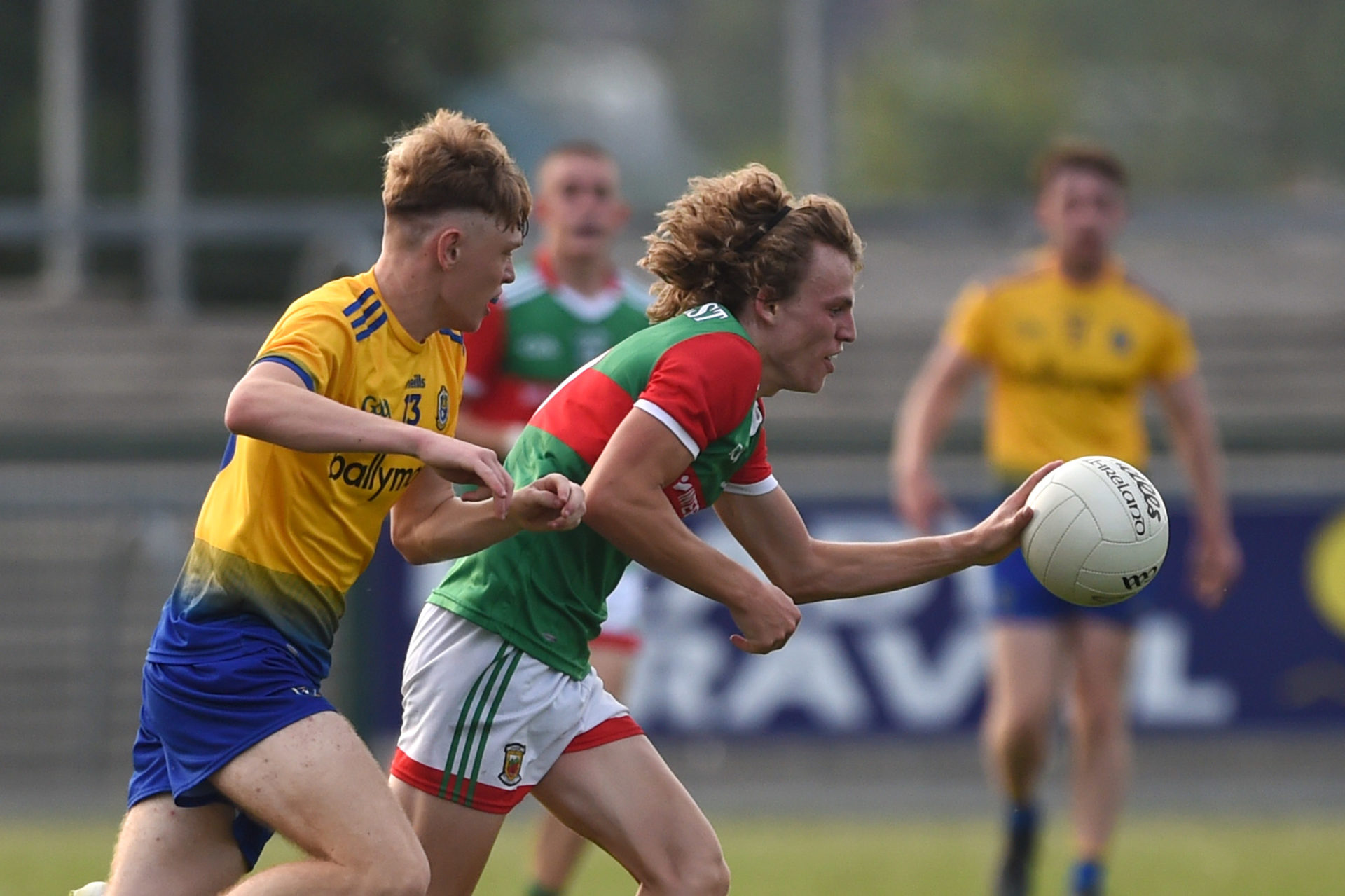 A Mayo underage team was knocked out of the Connacht championship at the hands of Roscommon for the second time in three days as the under-17s lost out by 4-13 to 2-12 in their provincial quarter-final at Dr Hyde Park this evening.

A first half in which an alarmingly open Mayo coughed up four goals proved too costly for Sean Deane’s side, with a gallant second-half effort ultimately not enough to haul back a seven-point half-time deficit.

Mayo began well and led by 0-4 to 0-2 after eight minutes but Roscommon had the first of their goals via a Ryan Conlon penalty in the 13th minute. Mayo were back within a point by the water break but a blitz of two goals in as many minutes, from Shane McGinley and Colm Neary, pushed Roscommon into a nine-point lead.

Mayo were given a lifeline when James Maheady won a penalty for Fiachra Cruise to convert at the second attempt, but Roscommon responded immediately as Robert Heneghan fisted McGinley’s pass to the net. The home side led by seven at the break, 4-6 to 1-8.

Ronan Clarke’s frees kept Mayo alive after half-time and they were back within five shortly before the water break as substitute Ben McHale fired brilliantly to the top corner of the net.

But Roscommon saw out the final quarter professionally, with their midfield pairing of Shane Walsh and DJ Hession dominant around the middle third. Mayo tried valiantly until the bitter end but they couldn’t produce the goal they needed to make a real contest of the final minutes, and Roscommon advanced with a deserved seven-point win.

They will take on Galway in the Connacht semi-final next week, while Mayo are out of the championship for 2021.