Ballina poised to bid sad farewell to a true great

The town of Ballina will be veiled in sadness this evening as preparations get underway to bid farewell to one of the community’s most respected and beloved characters.

Mick Murphy, Coolcran, Ballina passed away on Tuesday, July 20 last and his remains will be removed from McGowan’s Funeral Home later this evening for Mass of the Resurrection tomorrow afternoon, Friday, July 23 followed by burial in Leigue Cemetery. 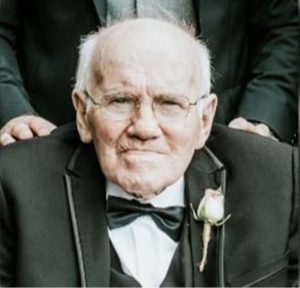 Mick enjoyed a long and accomplished career in the motor trade. He was widely respected for his knowledge and skill as a mechanic and schooled many apprentices throughout the years.

But he was just as admired for his wonderful personality and his kind and humourous disposition endeared him to all those that encountered him in a professional or personal capacity.

Sport was one of Mick’s great passions in life. He was an avid supporter of Ardagh GAA Club in particular but has also left an indelible mark in the annals of Ballina Rugby Club, having played for the club in his youth and later served as an administrator.

His sons Mickey and Declan followed in his footsteps in donning the club jersey.

The designation of one particular corner of the club grounds at Heffernan Park as Mick’s Place several years ago bears testament to the esteem in which he was held.

Club chairman Alan Rowe paid tribute to Mr Murphy on the club’s website, describing him as a “Ballina man through and through” and “a true great”.

“I will personally miss him deeply and as a club Mick Murphy’s name will echo through everything we do for the rest of time. It’s a very, very sad day for Ballina Rugby Club and we will do everything we can to honour the life of a great man and support the wonderful Murphy family over the coming days,” Mr Rowe said.

His remains will repose at McGowan’s Funeral Home on Emmet St from 6 until 7.30pm this evening for family and close friends only with removal afterwards to St. Muredach’s Cathedral, Ballina.

Mass of the Resurrection will take place on Friday afternoon at 1.30pm for family only please with burial afterwards in  Leigue Cemetery, Ballina.

The funeral Mass will be live streamed on www.ballinaparish.org