Mayo musicians and singers have today launched a social media campaign demanding that the Government immediately permit a resumption of live music.

Foxford native, Finéinn Quinn, has spearheaded the initiative which he says is musicians’ final stand, following repeated efforts on their part through lobbying local and national politicians and generating awareness through media interviews of the injustice of the sustained discrimination of the entertainment sector throughout the Covid-19 pandemic.

Finéinn told the Western People that local musicians are hopeful that the general public will back them by putting pressure on the Government, Failte Ireland, NPHET and others to allow a return to live music now. 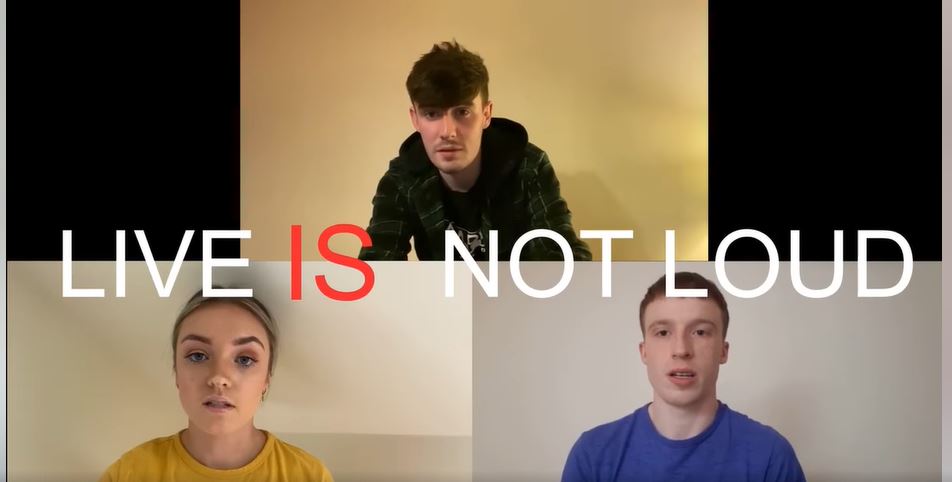 Finéinn explained: “I have attended numerous protests over the last few weeks and met some fantastic people – all in the same position as myself: discriminated against and forgotten about by a cruel, heartless government that is hell bent on destroying our sector. Encouraged by these valiant efforts, I contacted many of my colleagues in the local area to come together and make this video.”

The end result clearly illustrates the predicament that musicians are in after more than a year of restrictions, Finéinn remarks, explaining that they are at the end of their tether; lost, incomplete and miserable.

“Our lives have been shattered and we have been left with an unfillable dark hole in our lives since March 2020.

“Our aim is a simple one. We want an immediate return to live music: indoor or outdoor. We will accept nothing less than this – no pity money from the government in the form of grants or one-off gigs. We want our full time jobs back. We should already be back to work – just look at Britain, the USA and others.

“Covid is here to stay and we must live with it. We are not looking for discussions with the government – this is a demand, not just some group of musicians and singers looking to make noise. We are serious, and we will not stop until our demands are met,” he warned.

Noting that the entertainment section was one of the first to close down with the advent of Covid-19 and will be the last to re-open, Finéinn urged people to support the campaign by sharing the video/story on social media:

“Please share it. We need your help. This is unjust. This is a farce. It’s downright discrimination,” he concluded.