Mayo sergeant known for his ‘professionalism and good humour’ retires 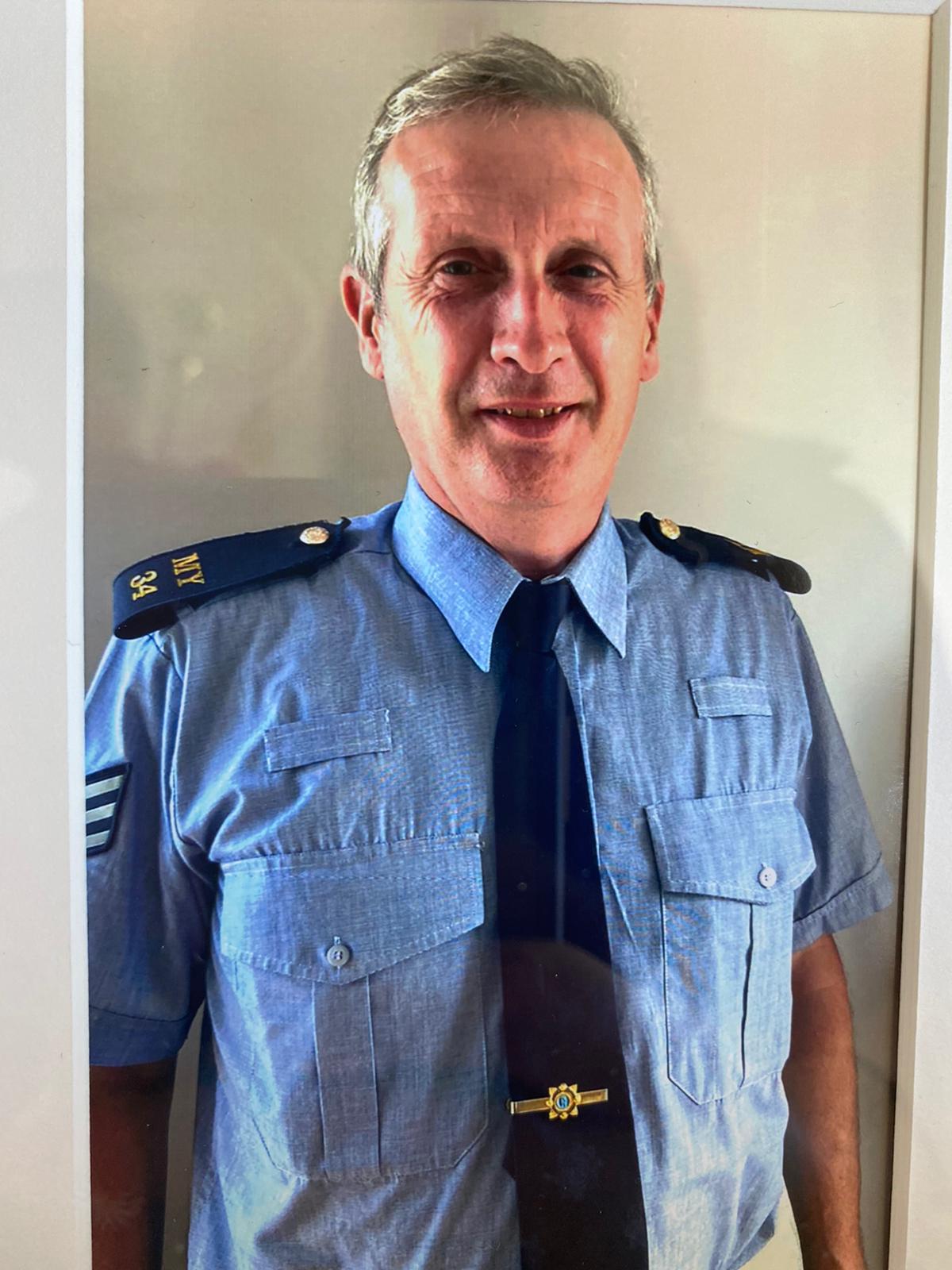 It seems like only yesterday since Sgt Colm Corcoran was driving the byroads on the Galway Roscommon border, looking for a signpost to find his way back to the local garda station.

30 years later the Dublin native, known for his professionalism and good humour, is retiring after making the West of Ireland his home.

He spent almost half of his career in East Mayo where locals have nothing but a good word for him but it was his role in the establishment of the Court Presenters’ Office that has garnered him the most praise.

Colm Corcoran can never remember not wanting to be a guard and he wasn’t the first member of the family to move to the other side of the country for the role. In 1922 his maternal grandfather left rural Skibbereen for Dublin to join the force and if Colm thought he was lost in the West imagine how his grandfather felt in Dublin City Centre.

Then Sgt Corcoran’s father spent 38 years stationed in Dublin’s Kevin Street and both Colm’s brother and sister are members. It looks like the family tradition might continues with Colm’s son also interested in becoming a guard.

Joining An Garda Síochána is a move Colm Corcoran has never regretted, making life long friends in station, towns and villages across the region.

“In this job you depend on the people and you’re colleagues. 30 years have gone so quickly but I have made some great friends.”

His first station was Donnybrook before seven years in Ballyfermot. Then came the move west to Ballygar in December of 1999.

He left a Dublin station where he was going from “call to call to call” but was in the Galway for three weeks before he got a call out.

“I used to get into the patrol car and drive in this direction and that. I knew I would come back and meet a signpost somewhere.”

“It was a lovely spot and I made some great friends there.”

Then came a move to Boyle before he was promoted to Moville and then in September of 2005 he arrived in Mayo. He spent time in Foxford before he was posted to Charlestown where he spent 13 years.

Sgt Corcoran has seen considerable change in An Garda Síochána over the last three decades “some good and some bad”. Days of carrying out checkpoints and then finding yourself on social media later in the day thanks to a back seat videographer caused quite a stir initially but the arrival of new technology never phased him.

“In 2000 with the introduction of Pulse some members said they would never manage and now using Pulse is water off a duck’s back to everyone.”

Never one to shy away from a challenge Sgt Corcoran was less than three years away from retirement when he and Sgt Margaret O’Connor set up the court presenters office in the Mayo Garda Division.

The Tubbercurry resident has no interested in the limelight and isn’t one for self praise but even he admits the office has been a success.

“If you told me ten years ago I would be up in front of a judge and arguing with solicitors I would have said no way but I thoroughly enjoyed it.”

Legal practitioners across the Garda division certainly seemed to think so even if he did make their jobs tougher with his knowledge of the law. Marking Sgt Corcoran’s last day in Ballina District Court last week solicitor John Gordon complimented him on his presentations.

“The Court Presenters Office has been a huge success mainly down to the people who run it so efficiently and effectively.”

Supt Tom Calvey, who “soldiered” with Sgt Corcoran in Boyle more than 20 years ago wasn’t surprised by the success of the office – one of the first in the country.

“No matter what task he gets he will become an expert at that task. He would embarrass people of higher rank with the expertise he has shown.”

Describing Sgt Corcoran as a “gentleman” Court Clerk Ann Cawley said he brought a “calming presence to the court”.

Judge Fiona Lydon said the sergeant “could hold his own in any court in the country”.

“We wish him the best of success in his next journey; we will very much miss his presence in court,” she said.