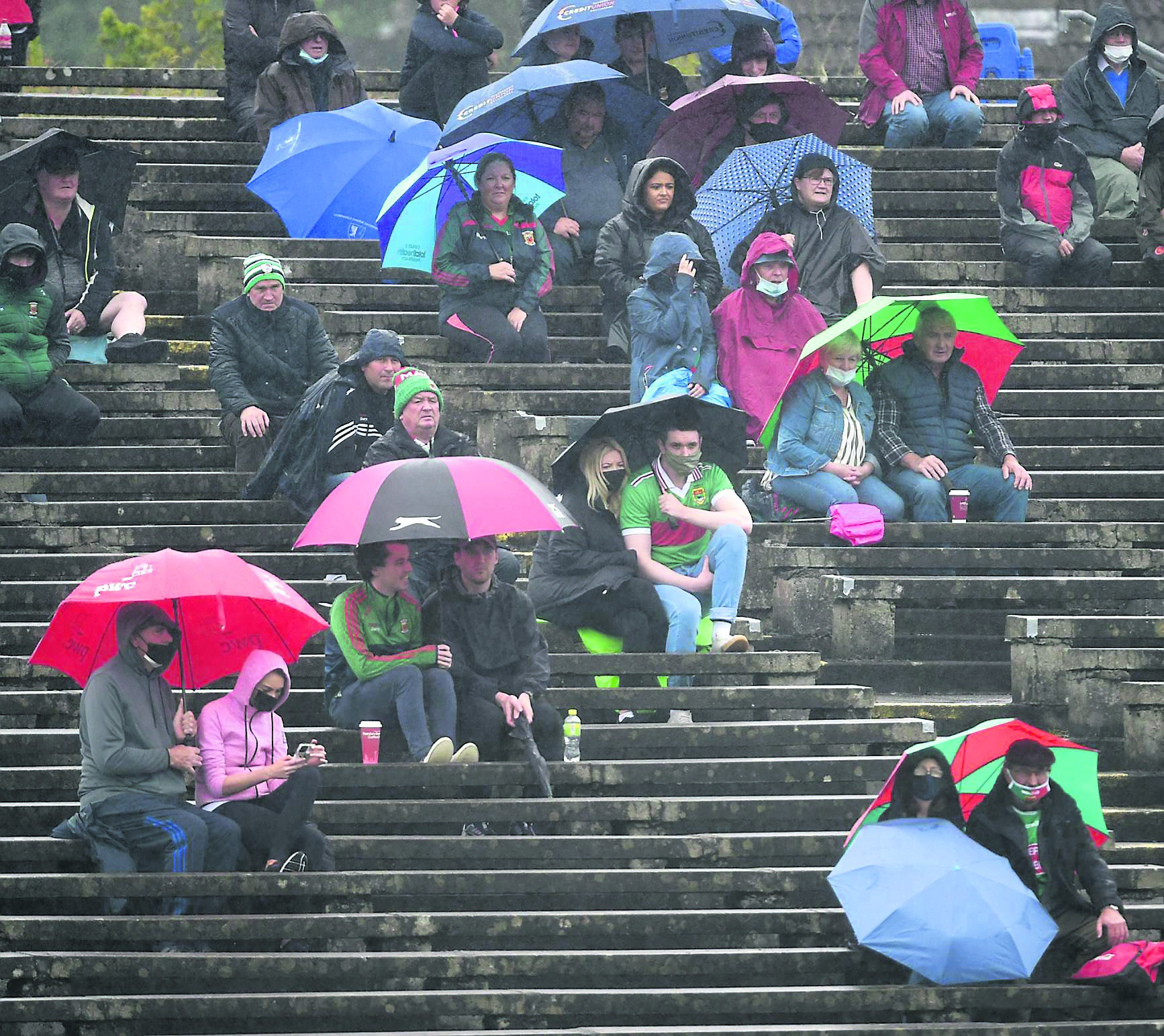 There was a game, but not a contest, played in MacHale Park last Sunday, and the little bit that can be said of Mayo’s steamrolling of Leitrim I will come to in due course.

What probably warrants more discussion is why Mayo football was once again able to make its way into the national conversation for all the wrong reasons last week.

When the only focus should be on the county’s attempt, in the first instance, to successfully defend the Connacht SFC this season, which to be fair was never going to be derailed by Leitrim, instead we found ourselves the topic of conversation on the national broadcaster no less, as Irish Independent GAA correspondent Colm Keys was the guest of RTÉ’s Claire Byrne on her Radio 1 current affairs programme last Friday morning.

To discover that Mayo GAA was associated with an attempted breach of Covid-19 protocols for a second time since December was simply beyond belief.

The phrase ‘Once is misfortune, twice is careless’ doesn’t even apply, because there was nothing misfortunate about members of the Mayo backroom team gaining unauthorised access to Croke Park for the 2020 All-Ireland SFC final; theirs was an orchestrated plan to dodge detection.

So for the County Board to have fallen foul of procedure a second time, when an indiscretion at the Connacht SFC quarter-final between Mayo and Sligo at Markievicz Park resulted in a provincial council decision to deny the Mayo football team’s kit van entry to MacHale Park for last Sunday’s semi-final, is very disappointing to say the least.

How ironic then was it, that the Mayo senior football squad ended up severely impacted by coronavirus last week to the extent that a number of players were deemed unavailable for the championship match against Leitrim.

The difficulties encountered by the Mayo management in preparing their squad for the game served as the ultimate reminder of why the entire country has, by and large, been adhering to such strict restrictions for 16 months.

Acts such as what happened in Croke Park and at Markievicz Park, which give the impression of there being one rule for Mayo and one rule for everybody else, do absolutely nothing for the reputation of Mayo GAA or for our county as a whole.

Worse again was that one of our own TD’s, and a former Mayo footballer at that, was first out of the traps to publicly demand on national television that an investigation be held into an alleged training session involving some Dublin footballers last April, and yet not one call has there been for similar accountability when it’s our own who not once, but twice, have been caught in the wrong.

The issue here is that Mayo County Board seems slow in taking a lead on discipline, only reacting when indiscretion is highlighted.

Yes, suspensions were meted out in the wake of the press reporting the happenings at Croke Park last winter, but how thorough really was the board’s investigation, particularly from an accountability point of view, and from making sure the same mistakes would not be repeated in the future?

I ask in the sense that it seems no lessons were learned at all, at least not judging by what happened in Markievicz Park. In fact, from the outside looking in you’d be inclined to ask yourself if there’s a case here of the tail wagging the dog.

Mayo County Board did issue a statement in which it said Connacht GAA ensured correct stewarding of the controlled zone, but at no point did the statement address why there was an attempted breach of protocol for the second time during this pandemic, one in which people have endured a tremendous amount of heartache and suffering. Why, when it was established a person on board was unauthorised to gain access to Markievicz Park via the kit van, did Mayo County Board not simply put up a hand and say ‘sorry, it shouldn’t have happened’? Or better again, say that appropriate action would be taken.

To some, perhaps this all seems a bit of a storm in a teacup, but when Mayo GAA flagrantly ignores protocols that are in place for the safety of everybody, the only thing we are achieving is to make fools of ourselves.

By creating totally avoidable bad press and by needlessly generating national headlines for quite embarrassing reasons, all that does is create a negative energy that, ultimately, the Mayo team itself has to deal with.

And it’s not as if the players haven’t enough things to be getting on with.

Speaking of which, the football!

Last Sunday was, as many people feared it might be, a non-event. Mayo executed, to the letter, the old truism of only being able to beat what’s in front of you and it would be very difficult to find fault with any aspect of their performance, other than that they got a small bit sloppy for little periods of the game — but that is totally to be expected when you’re up against a team by 15 points or more.

All you can do is commend the players on their professionalism in their two championship matches to date, but this one, in particular, was of absolutely no benefit in terms of helping them prepare for a Connacht final.

There’s no probably about it, Mayo will definitely have had tougher A versus B games than the challenge that was put forward by Leitrim.