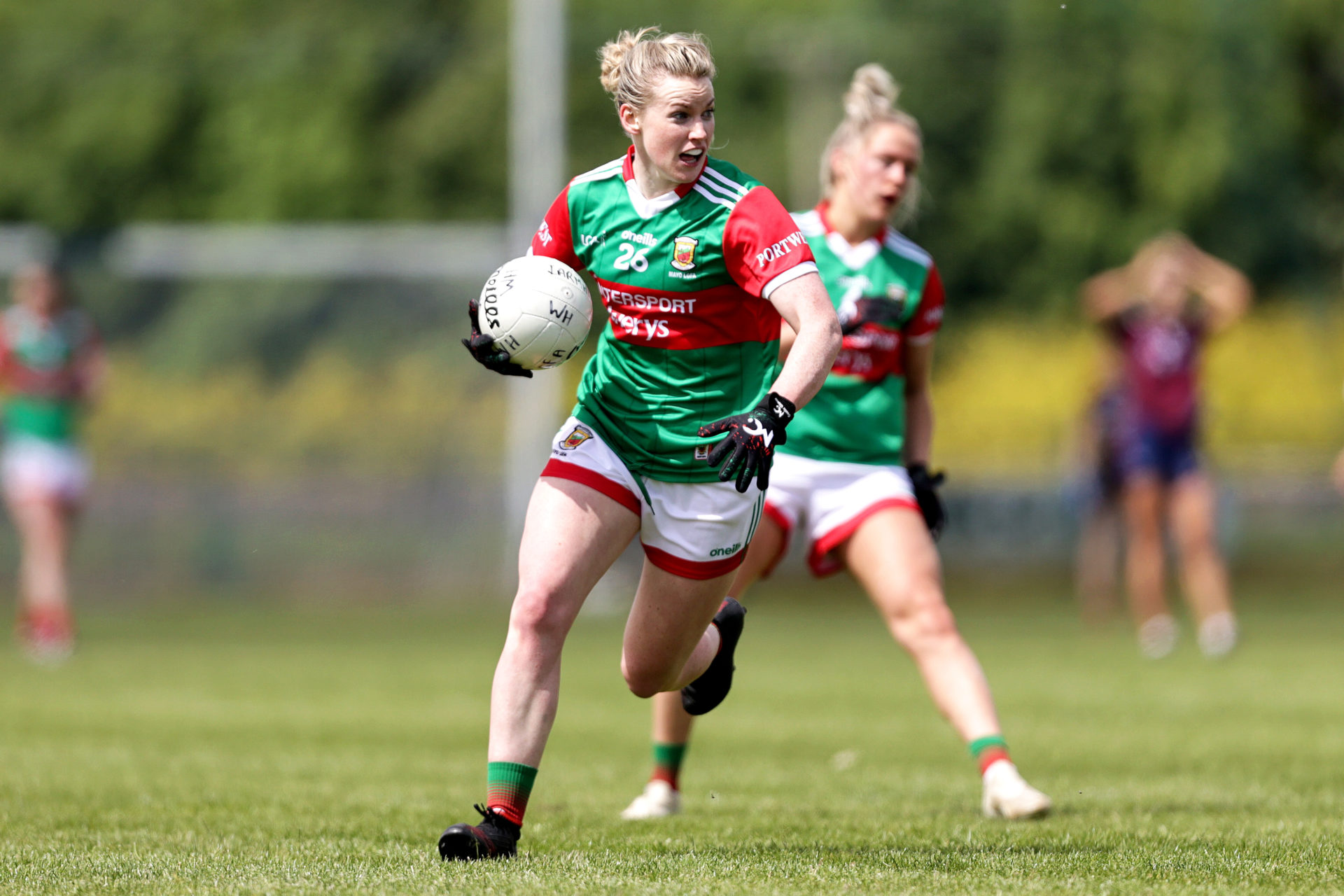 A dramatic free-kick shootout was needed to separate Mayo and Monaghan in their LGFA senior championship clash in Ballinamore today. After more than 80 minutes of intense championship football in searing 26-degree heat, the sides were deadlocked on 0-12 apiece and a 30-metre free contest was needed to find a winner.

Mayo emerged on top in the shootout on a final score of 1-0, with Shauna Howley the only one of the nine takers between both sides to score her free.

Mayo will take on Armagh – the team that knocked them out of last year’s championship – in next week’s third and final group stage game knowing that a win would see them progress winners.

This was an unbearably tight, tense encounter, a game in which neither side led by more than a single point after the 14th minute. Mayo began well but they were quickly reeled in by a Monaghan side fighting for their championship lives and there was nothing to separate them at the break. A brace from Grace Kelly and frees from Shauna Howley and Rachel Kearns got Mayo off the mark while the frees of Ellen McCarron kept the Farney ladies in touch.

The score-for-score nature continued throughout the second half. Kelly, Howley and Sarah Rowe tagged on more scores for Mayo but they were never able to establish any kind of daylight as McCarron, Cora Courtney and Aoife McAnespie struck for Monaghan.

They were level at 0-10 at the end of normal time and despite Mayo twice taking the lead in the extra 20 minutes, Monaghan were able to haul them back in on both occasions.

It went to frees, one-by-one 30 metres from the middle of the goal, with five kicks apiece to produce a winner. Monaghan missed all five of their kicks, while Mayo missed three of their four, but Howley’s found its mark to give Mayo the hardest-earned of wins.