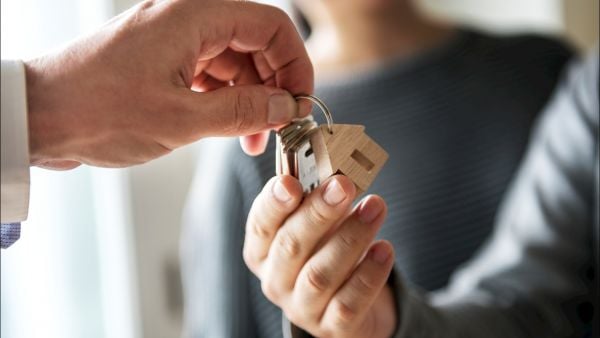 Residential property prices increased by 5.5 per cent nationally in the year to May, according to figures released by the Central Statistics Office (CSO).

Property prices outside of Dublin saw a 6.2 per cent jump, while properties in the capital went for, on average, 4.9 per cent more compared to the previous year.

However, it’s cheap property you are after, two towns in close proximity to each other in the West of Ireland are among the three areas with the lowest median prices anywhere in Ireland.

The median house price in Ballyhaunis, Co Mayo is €91,750 and it’s even lower just up the road (and across the border) in Castlerea, Co Roscommon where the price stands at €86,000 – the joint lowest in the country along with Clones, Co Monaghan.

House prices rose by 5.7 per cent outside of Dublin and 5.6 per cent in Dublin, while apartment prices outside and within Dublin increased by 14 per cent and 1.8 per cent respectively.

The CSO found residential property prices nationally were 13.5 per cent lower than the highest level, recorded in 2007, increasing to 18.8 per cent lower in Dublin compared to their 2007-high.

Blackrock in Dublin was once again found to be the Eircode with the highest median price for residential properties at €625,000. All of the Eircodes in the top five were in Dublin.