The Mayo ladies opened their All-Ireland senior championship campaign with a 1-18 to 0-15 victory over Cavan in Markievicz Park on Saturday afternoon. Michael Moyles’ team were full value for their win and never looked seriously threatened by their Ulster opponents who nonetheless put up a determined effort right to the finish. 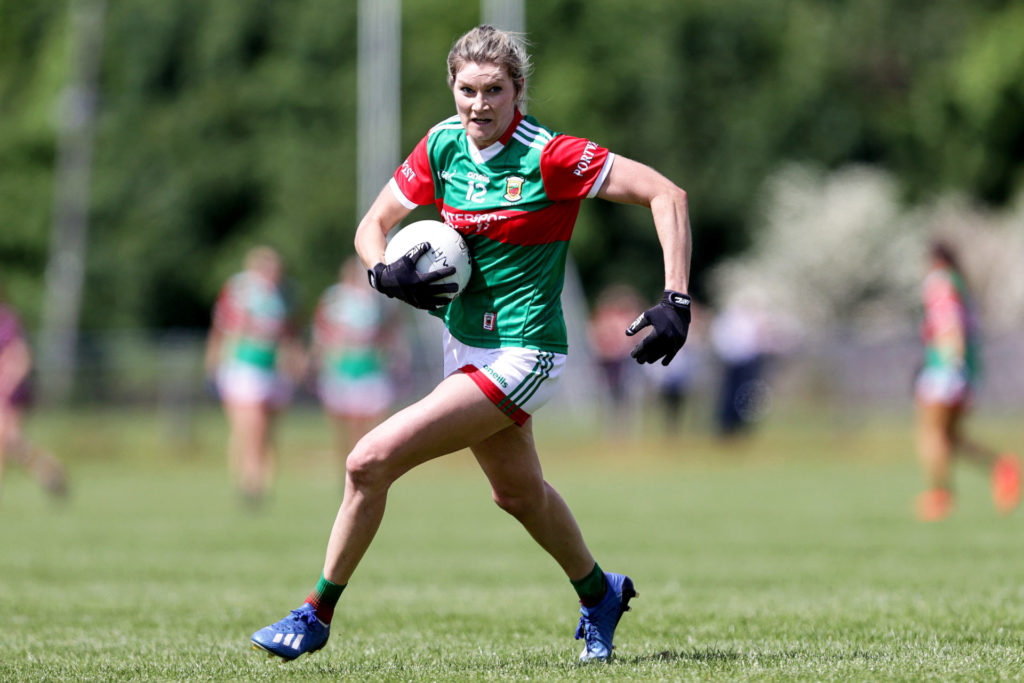 Grace Kelly scored two points in the first half of Mayo’s championship win against Cavan on Saturday. Picture: INPHO/Laszlo Geczo

The Green and Red had led 1-9 to 0-5 at half-time and were worth every bit of that seven points advantage, even if it had been Cavan who took an early two points lead thanks to frees by Aisling Gilsenan.

From thereon Mayo were the dominant force of the first half. By the 17th minute they had five different scorers on the board, with Shauna Howley opening her side’s account from a free before adding a pair from play to go with singles each from Grace Kelly, Sinead Cafferky, Tara Needham and Rachel Kearns.

Cavan’s first point from play came from the boot of Aishling Sheridan just before the first water-break but when Kearns beat her marker to rifle the ball past goalkeeper Elaine Walsh for the game’s opening goal, in the 24th minute, that opened up some proper daylight between the teams.

Shauna Howley ended the half with four points, Grace Kelly had added her second, both of them off her lesser-known right boot, and by half-time Michael Moyles’s side were well in control.

Cavan’s tactic was to get ball as quickly as possible into their full-forward line of Gilsenan, AFL star Aishling Sheridan and Geraldine Sheridan, and the latter pair did pop over points apiece before the interval, but it was Mayo’s more cohesive style of attack that was dragging the opposition’s defence into places it didn’t want to go.

The second half was a more even contest but Cavan needed more than to simply equal their Connacht opponents. However, the goal that might have sparked a comeback never looked like arriving. Instead the sides practically went point for point for the entirety of the second 30-minutes.

Four times the Ulster outfit managed to get within six points of Mayo, and their defence was coping slightly better with the varied threats of the Mayo forward division, but in truth the scoreboard could have read worse for the Blues at full-time were it not for Shauna Howley hitting the side-netting from a 35th minute goal chance or Tara Needham hitting the butt of an upright four minutes later. 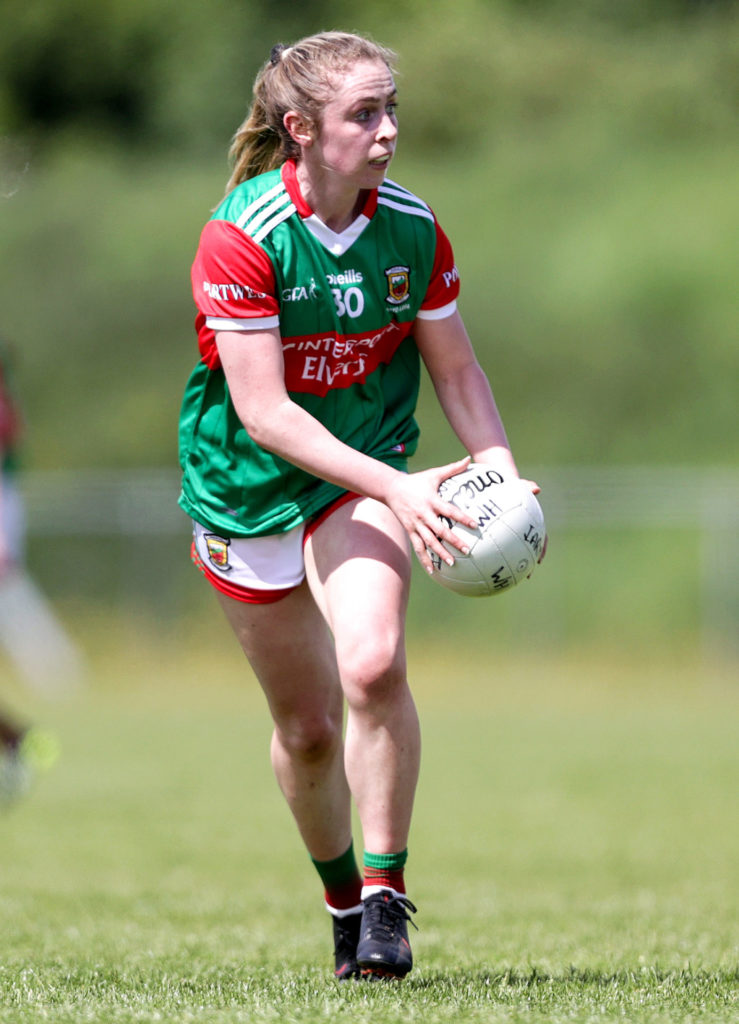 Sinead Cafferky was excellent at midfield for the Green and Red.

Cavan had received a major boost in a scoring sense from the introduction of Amy Rooney after half-time as she went on to hit six points, including four from frees, but Mayo had their own extra firepower to add to the cause too. Substitutes Ciara Whyte and Sarah Rowe came off the bench to raise flags and with Fiona Doherty also pointing, Mayo ended the game with eight different scorers – Shauna Howley chief among them with seven points.

The Connacht outfit are in the All-Ireland senior championship’s only four team group so have further games against Monaghan and Armagh to come, the next on Saturday next at a neutral venue against the Farney County.