It has now been five years since the last staging of the Mayo International Cup, an elite tournament that brought the kids from some of England’s best academies over here for a marathon few days of football. 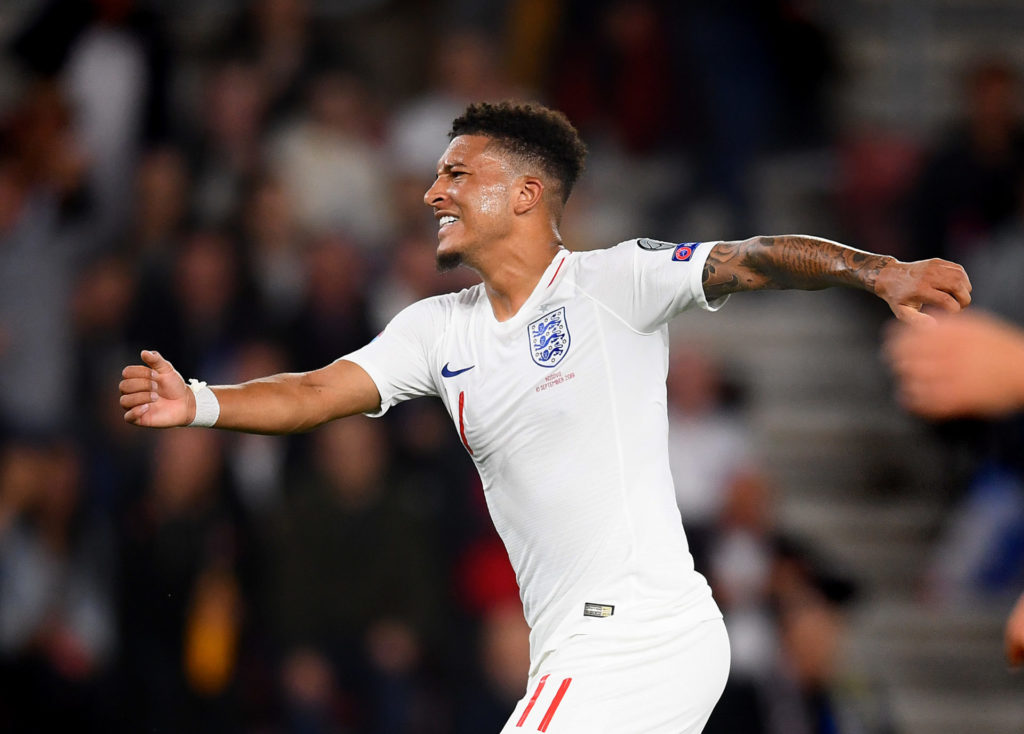 Jadon Sancho and his England teammates are celebrating the fact they have reached the final of Euro 2020. The young Londoner was once lighting up the pitches of Mayo.

Over the course of the competition, which was held usually in August, from 2012 to 2016, clubs such as West Ham, Watford, Millwall and Swansea City sent over squads of hopeful young players who aimed to use their experiences on the west coast of Ireland to boost their career prospects.

The inaugural tournament took place in 2012 and saw the hosts, the Mayo U13 squad, pit themselves against challengers in the form of Exeter City, West Ham United and Watford. The aim of the game from the Mayo Schoolboys and Football League’s perspective was simple and was outlined by the chairman of the Cup’s organising committee Gerry Gallagher.

“This will be a golden opportunity for our talented players to display their skill among the elite of the football world and the visiting academies will see how we look after and care for our young footballers in a professional manner despite our meagre resources in terms of finances,” he said at the launch of the league.

The undisputed star of the 2012 Mayo International Cup and winner of the golden boot at the competition was a young man from the Watford academy named Jadon Sancho. You might have heard of him. He’s on the England team that has reached this week’s final of the 2020 European Championships and is about to sign for Manchester United from Borussia Dortmund for €85million.

Among the players on the Mayo panel that year was Luke McNicholas, the Belcarra native and current Sligo Rovers goalkeeper in the League of Ireland (see opposite page!) and Mayo GAA full-back Oisin Mullin. The winners of the inaugural competition were West Ham United. 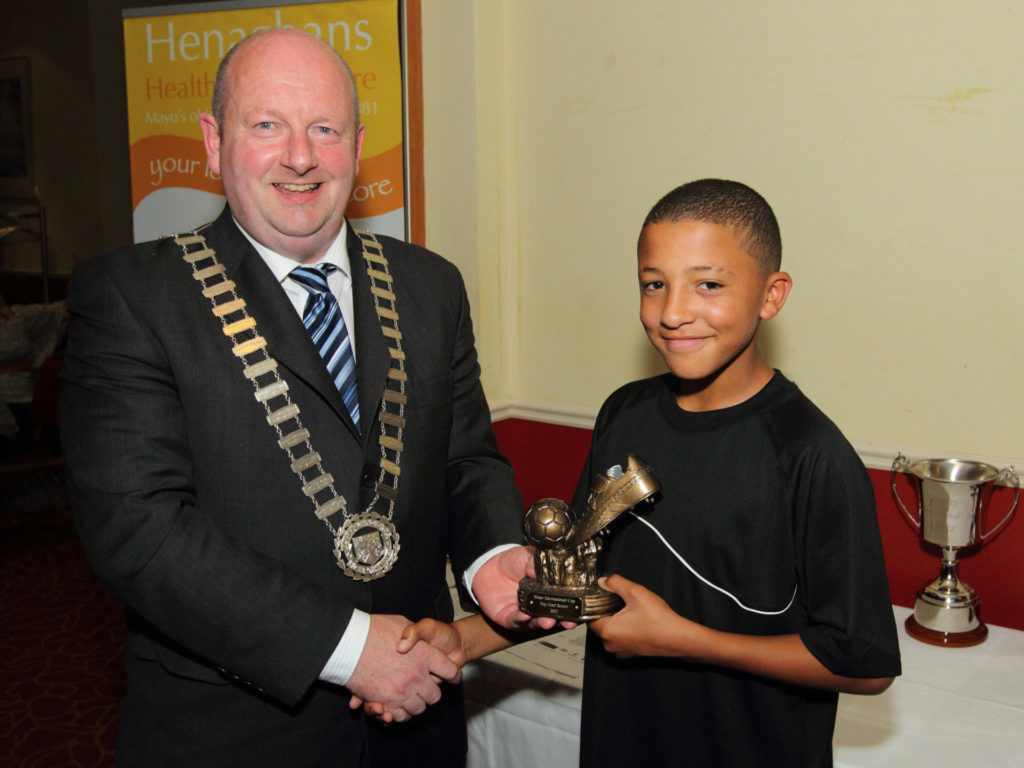 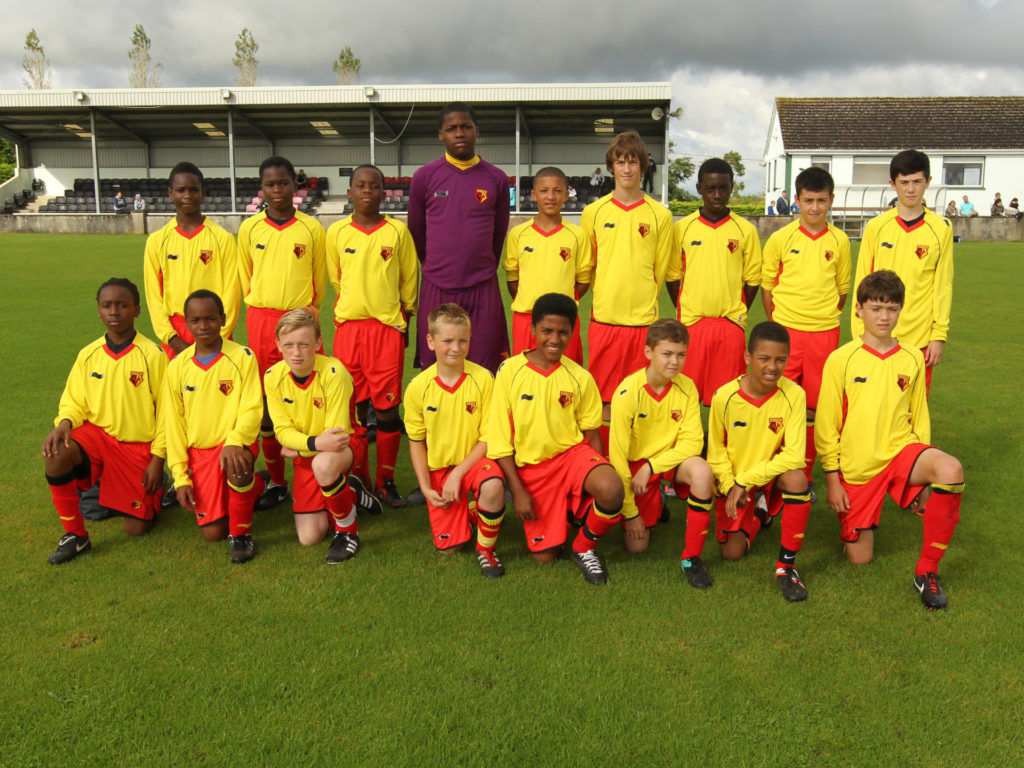 The Watford team that played at the 2012 Mayo International Cup. Jadon Sancho is fifth from right on the back row.

The following year the competition was contested by the Castlebar Regional FAI Centre Under 15s, Millwall, Bradford District Metropolitan, Glentoran FC from Northern Ireland and the Republic of Ireland U15s. The national team won the 2013 tournament, with one of their highlights a 2-1 win against Millwall in Ballyglass, thanks to a string of saves from keeper Caoimhin Kelleher, now a Premier League player with Liverpool.

The competition grew once more in 2014 with six teams competing: Millwall, Republic of Ireland, Northern Ireland, Chesterfield, FAI Castlebar and Glentoran. Millwall emerged victorious this time around. The following year, the same six teams battled it out once more with the exception of Glentoran who were replaced by Exeter City. The Republic of Ireland emerged as the victors once more.

In the tournament’s final year in 2016, the Republic of Ireland took the top honours again seeing off competition from Sheffield Wednesday, Swansea City, Chesterfield and FAI Connacht, who had eight players from Mayo in their ranks.

So brought an end to the reign of the Mayo International Cup. It was a novel idea but one that served the county of Mayo well on and off the field. Teams would fly in using our airport in Knock, stay at our hotels and explore our towns and villages. It boosted the profile of the region as a whole, subtly but effectively.

It has been five years since the Mayo International Cup came to town and reviving it in the future (after Covid of course) would be an extremely interesting prospect, given the calibre of coaching and other resources available for the Mayo U15 and U14 teams. Hey, if it’s good enough for Jadon Sancho…