Protest in Mayo today over delay of indoor dining return 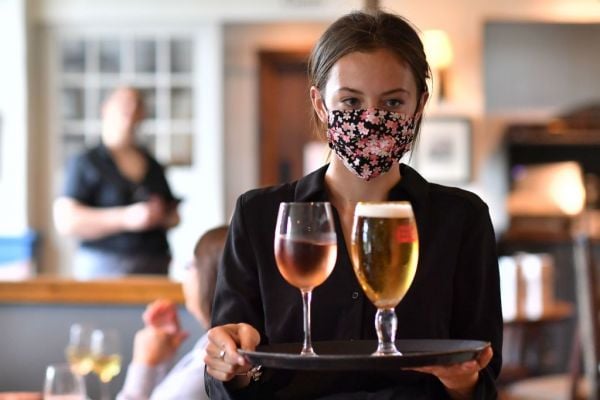 Publicans and restaurant owners are protesting in Co Mayo today about the delay to the resumption of indoor dining.

The protest will start at 12pm in Ballina.

They were due to be allowed to serve indoors from Monday, but that has now been delayed until at least July 19.

Noel Regan, from Crockets Quay Bistro in Ballina, doesn’t think it will be allowed then either.

Mr Regan told Newstalk: “No I’m not confident at all [of resumption on July 19th], that’s the reason we said we have to stand up and be counted. From what I’m hearing and reading, and sometimes you have to read between the lines because the disconnect between Government and our business has now said to us, it could be another seven weeks before we get a Covid vaccine, the message has become so distorted.”

Speaking on Wednesday, Restaurants Association of Ireland chief executive Adrian Cummins said his association had a “full and frank” conversation with the Taoiseach, Tánaiste and Minister for Health during a two-hour meeting.

A working group will commence work on Monday to “scope out” how a “corona pass” would or could work, while awaiting data from the UK on the Delta variant that could indicate it would be possible for the sector to reopen in a few weeks, he said.

“We are working to have a solution in place so we can get our businesses back open. We have a blank sheet of paper, we are open to all options on the table,” Mr Cummins said.

Options such as antigen and PCR testing needed to be discussed in detail to find a viable solution, he added.

Mr Cummins pointed out that Wednesday’s meeting was the first in 15 months directly between the industry and the Government. It should have happened sooner, he said.

The key issue was the legality of the “corona pass”, what information would people have to present to a person checking at the door to a premises, who would police the system, how would rogue operators be regulated and would the gardaí have powers to enter premises.

The whole country, including the Government, wanted to get back to normality where everyone could go out and enjoy themselves, added Mr Cummins.