Moran hits back at Dolan’s claims of Mayo GAA ‘arrogance’ 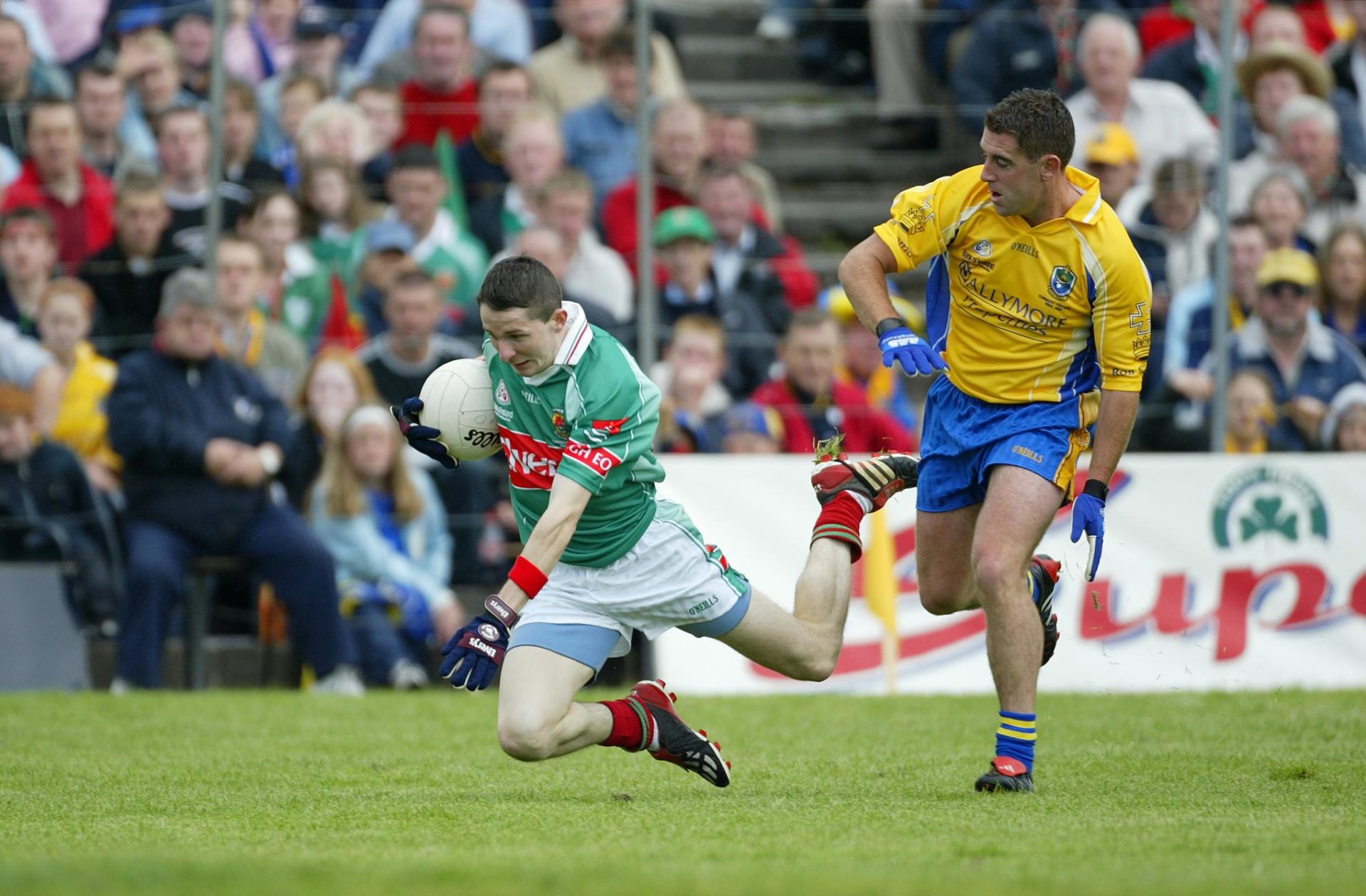 Former Mayo footballer Andy Moran has described as “bizarre” the comments made by former Roscommon player Frankie Dolan in which Dolan said that the people of Mayo and Roscommon “hate each other” and accused Mayo footballers of being arrogant and having a sense that they are “entitled to win Sam Maguire”.

Speaking to Off The Ball on Newstalk earlier this week, Dolan, who won a Connacht title with Roscommon in 2001, said that there is a hatred that exists between supporters of Mayo and Roscommon and said that Mayo fans always look to come up with excuses for their team’s shortcomings.

“People don’t realise the rivalry between Roscommon and Mayo,” said Dolan. “We hate each other.

“Mayo have that arrogance and I don’t mind saying it because I’m great friends with a couple of ex-Mayo footballers and they know how I feel about them.

Dolan said he had attended some of the All-Ireland finals between Mayo and Dublin over the last decade and that Mayo will always try to blame someone else when a result doesn’t go their way.

“Something was always against them, be it a referee’s call or an umpire’s call or something like that. You have to go and win these games,” said Dolan.

“The fans on All-Ireland final day are always coming up with excuses. Maybe Mayo were the better team, but you have to have the balls to go and win an All-Ireland.

“Stop making excuses that there was a curse on the team, that’s nothing got to do with not beating Dublin in Croke Park!”

Dolan also spoke about his frosty relationship with John Maughan, who dropped him from the Roscommon panel when he was appointed manager of the county in the mid-2000s. Speaking about the 2004 Connacht final, in which a Maughan-managed Mayo convincingly beat the Rossies, Dolan recalled:

“I remember Maughan came into the dressing-room. Like, he was just strutting around the dressing-room, lads were not in a good place – pissed off after losing a Connacht final to our greatest rivals.

“John came in and he was just blowing about how good Mayo were and what they’re going to do and all this bullshit.

“I was looking around the dressing-room at a few of the lads and I’m surprised Maughan didn’t get a belt, because there were a couple of hard boys there that wouldn’t like to listen to that stuff.

“That was the arrogance Mayo have.”

Andy Moran, also speaking to Off The Ball on their GAA Podcast, has hit back at Dolan’s comments, arguing that the Mayo-Roscommon rivalry is only really strong around his native Ballaghaderreen and the surrounding area and that ‘hate’ is far too strong a word to use.

“Outside our town, it is not the rivalry for Mayo people though,” Moran explained. “The big rivalry there is Galway.

“What surprised me most about Frankie was that he lives in Athlone! He’s nowhere near Mayo. I’m just thinking, ‘this is a bit bizarre’.”