Five things we learned from Mayo’s win against Sligo

A landslide 20 points victory over Sligo on Saturday has moved Mayo one step closer to retaining the Connacht SFC title for the first time since they completed a five-in-a-row back in 2015.

On the back of their 3-23 to 0-12 win at Markievicz Park, James Horan’s team can look forward to their provincial semi-final against Leitrim on Sunday week with a great deal of confidence, having fired off a warning shot to their chief rivals Galway and Roscommon.

Here are five things we have learned about Mayo after their opening game of Championship 2021.

Mayo are NOT a one-man team

Okay, so no one was realistically suggesting that Mayo might fall victim to a Sligo ambush simply because their top-scoring footballer ever is unavailable this summer because of injury, but Cillian O’Connor’s absence had caused some to believe that Mayo’s hopes of retaining the Nestor Cup were up in smoke now that the Ballintubber man has undergone surgery on an Achilles injury. 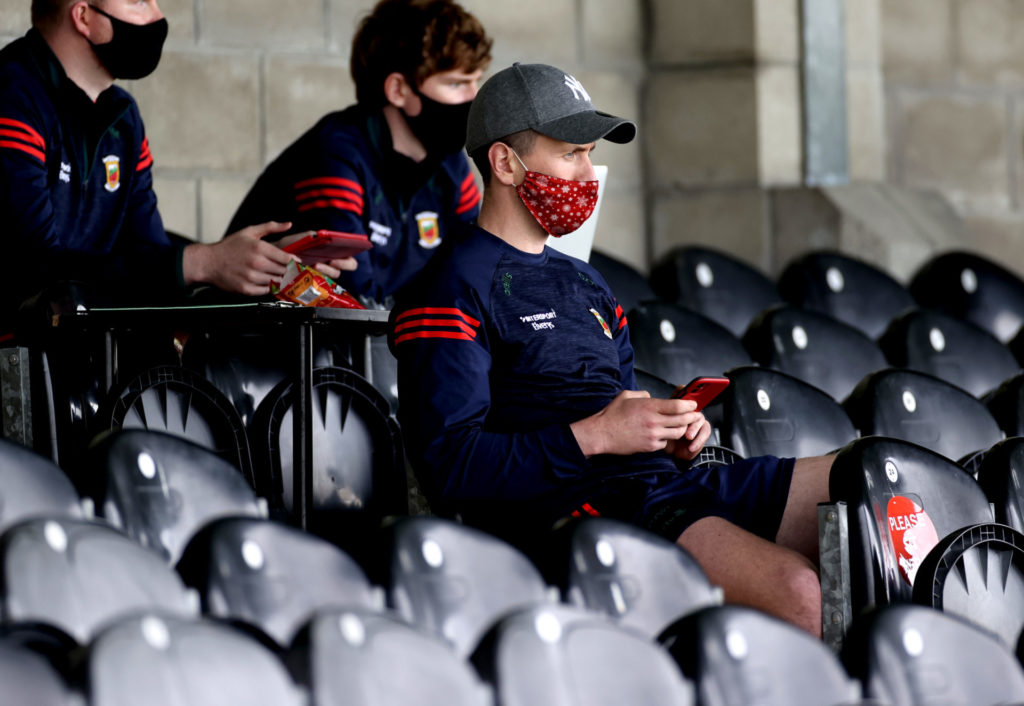 Cillian O’Connor watches on from the stand in Sligo. Pictures: INPHO/James Crombie

Yes, he might have scored just over half of Mayo’s championship tally last season, but with eleven different players contributing to the 3-23 struck against Sligo, all but four points of which were from play by the way, it’s safe to say the Green and Red stay deserved favourites to win this year’s Connacht SFC.

Supply chains ARE in good nick

Remove Aidan O’Shea, Paddy Durcan, Lee Keegan and Kevin McLoughlin from the equation and this is practically a new Mayo team from that which contested the back-to-back All-Ireland finals of 2016 and ’17. 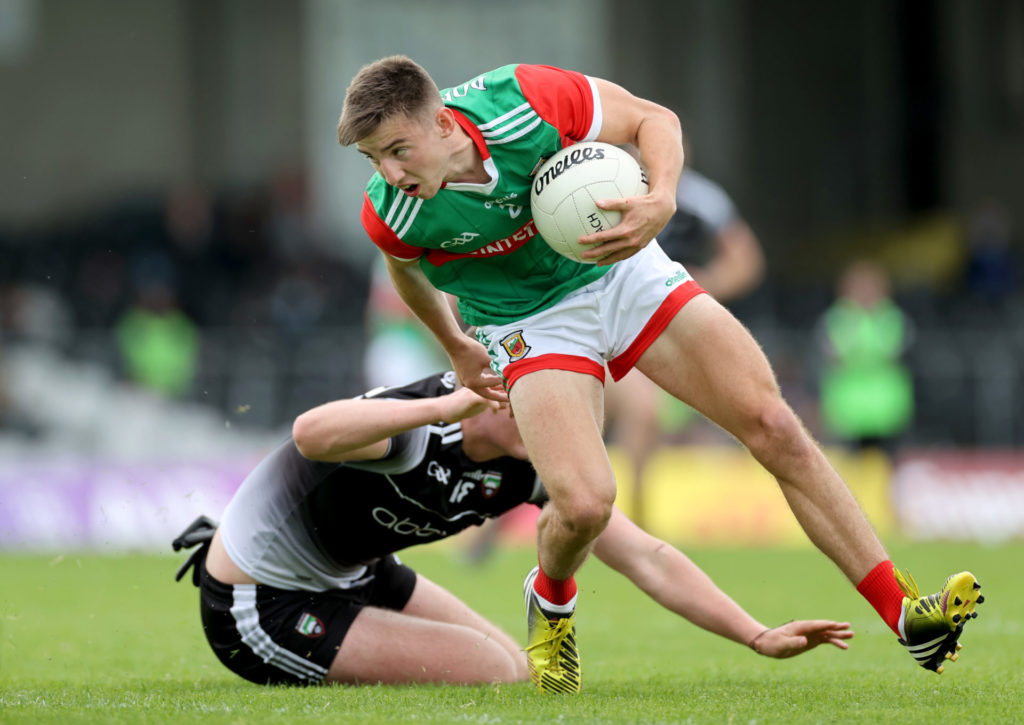 Enda Hession bursts out of defence for Mayo.

Seven of Saturday’s starting side had yet to make their senior championship debuts this time last year yet here they were swatting Sligo aside like old pros and maintaining the high standards set by those great Mayo teams of the last decade.

Enda Hession and Paul Towey became the latest additions of the ‘new debutantes’ club, the former impressing at corner-back and the latter featuring off the bench for the final 10 minutes.

Most students of the Mayo club championships knew this anyway but at last it looks as though the county team is going to make maximum use of the supreme abilities of Darren McHale. Handed just a brief appearance off the bench against Leitrim last year despite a quite brilliant season in the colours of county champions Knockmore, the centre-forward made the most of his second ever senior appearance in sensational style. 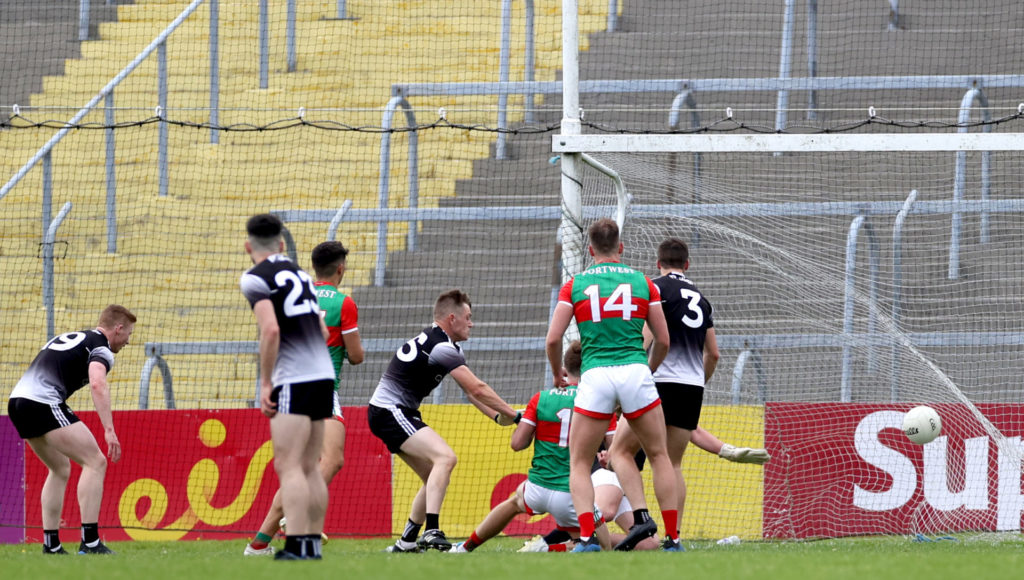 Firing over Mayo’s first three points and ending the match with 1-5, McHale brought a dynamic streak to the Mayo attack, always running an angle, bobbing, weaving, linking and executing his moves to perfection.

Ryan IS up for the job

The cause of people’s concern for the loss of Cillian O’Connor is as much to do with his worth from placed balls as it is his scores and leadership in general play, so it was reassuring to see Ryan O’Donoghue achieve a 100 per cent mark in his examination as free-taker on Saturday. 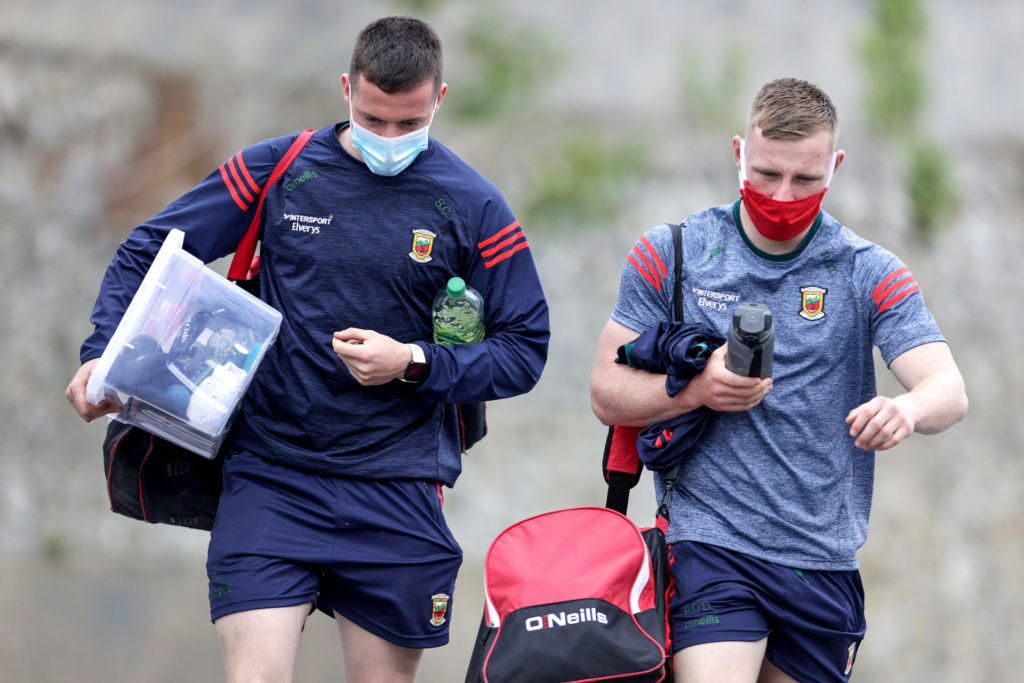 The Belmullet man nailed two frees in the first half and two more in the second and whilst only the last of those could have been considered any way tricky, O’Donoghue did all that was asked of him, and that’s before mention of his telling role in both of Aidan O’Shea’s first-half goals for Mayo.

Defence STILL a work in progress

It might sound a tad harsh to draw attention to a defence that conceded not much more than a third of what the team actually scored but even in the midst of landslide victory, Mayo had one or two rearguard deficiencies exposed. 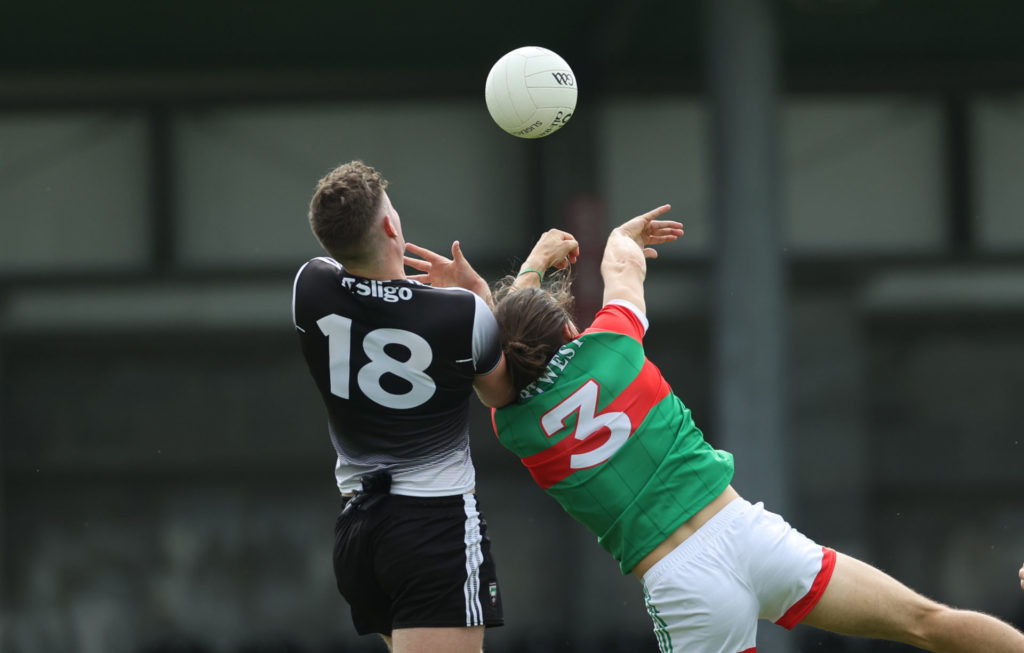 Sligo’s Barry Gorman competes for a high ball with Oisin Mullin of Mayo.

The debate over whether Oisin Mullin is best suited to a full-back role will continue and although he wasn’t marking him throughout the contest, Sligo full-forward Niall Murphy did register five points from play. It could have been even more; Murphy missed his easiest point chance of the lot inside 20 seconds of the throw-in and was also first to an incoming ball in the first half off which he cracked a fierce shot against the Mayo crossbar. Mikey Gordon also settled for a point from a goal chance that a Dublin or Kerry forward would most certainly have taken on, so it’s not as though there weren’t several openings there for the Division 4 underdogs for whom the towering Barry Gorman enjoyed a couple of first-half successes too beneath the high ball.

That said, there were few sights more exhilarating than when half-backs Eoghan McLaughlin and Paddy Durcan opened up their legs on Saturday, with both men unlucky not to add further goals to the Mayo tally.