Mayo launched the defence of their Connacht title in devastating style on Saturday afternoon with a 3-23 to 0-12 victory over Sligo, in Markievicz Park. 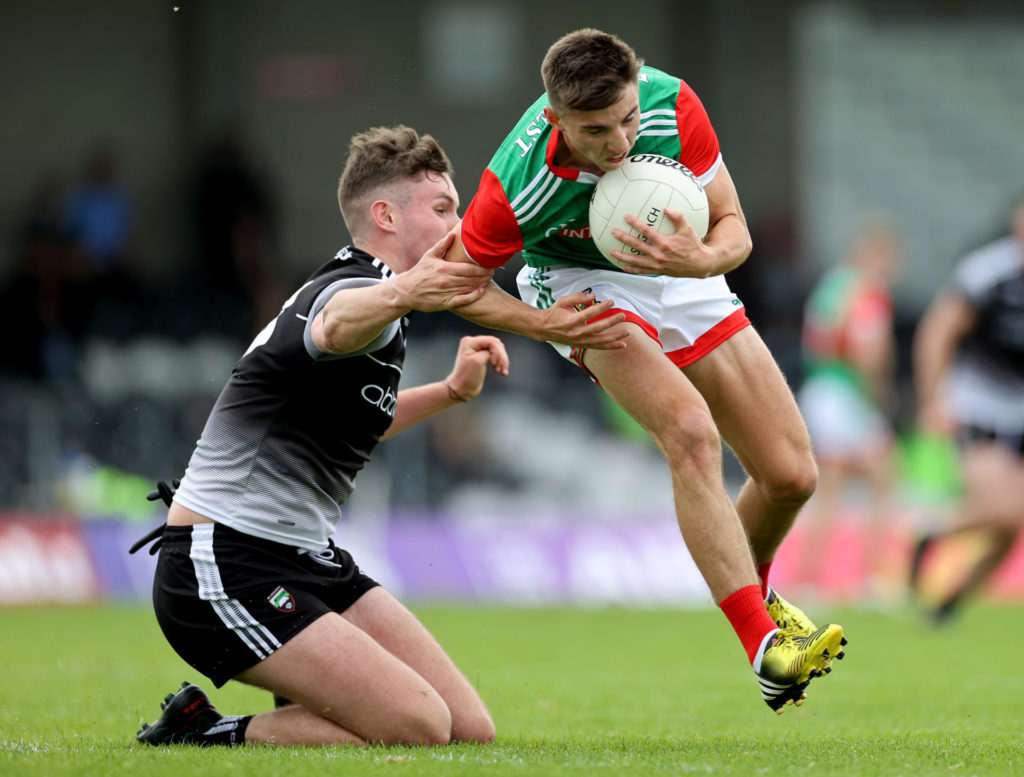 The result lived up to all pre-match expectation with the homeside looking completely out of their depth against last season’s All-Ireland finalists.

The reigning Connacht champions laid bare their intent in a first half that at their peak, saw them hold a 16 points advantage over their hosts.

A goal and four points from Darren McHale, on what was his first championship start, and a 2-2 contribution from team captain Aidan O’Shea, had the Green and Red 3-12 to 0-5 ahead on the half hour mark.

If Sligo full-forward Niall Murphy had smacked home a goal chance instead of against the crossbar during the opening quarter, perhaps this might have checked Mayo’s momentum somewhat. But all in all this was one-way traffic from start to finish.

McHale scored the opening three points for the visitors in what was to be an impressive showing by the Knockmore centre-forward. O’Shea’s goals in the 12th and 25th minutes were both the result of Sligo struggling from their own kick-outs in the face of severe Mayo pressure, and McHale’s in the 30th minute came after Sligo goalkeeper Eamonn Kilgannon had saved an initital attempt from Tommy Conroy. 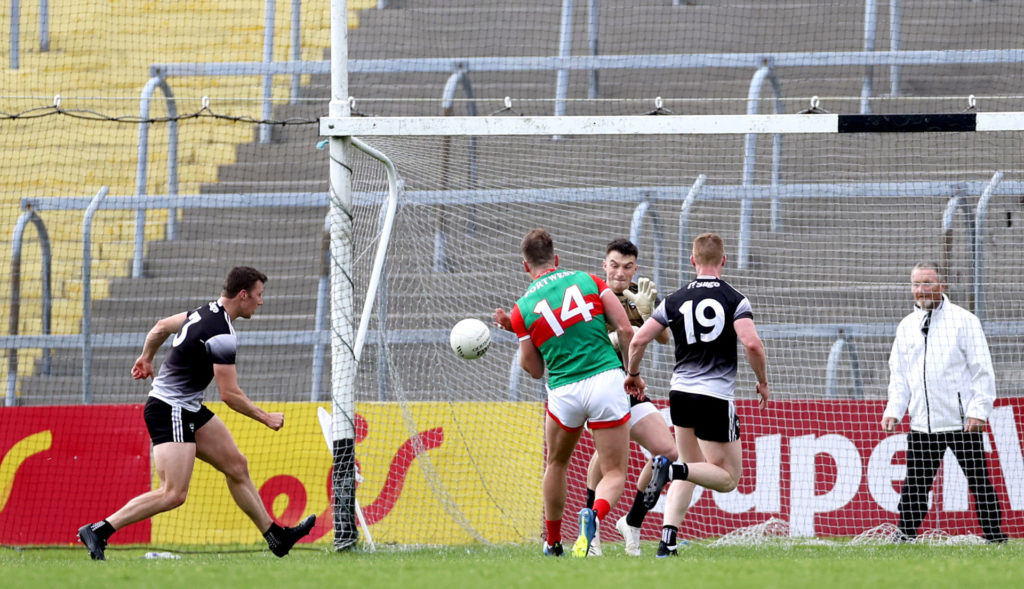 By half-time, Sligo had struck eight points, all from play, and the majority of them very impressive kicks from long range, but with their defence simply swamped by the tidal wave of pressure emanating from the runs of Mayo half-backs Paddy Durcan, Michael Plunkett and Eoghan McLaughlin, it was already becoming a very long afternoon for Tony McEntee’s Division 4 team.

McEntee had thrown a curve ball before the throw-in by changing a third of the Sligo team that had been named only two days earlier, and perhaps that unsettled his own players more than it did Mayo who led 3-13 to 0-8 at the break.

The second half had a distinct challenge game feel about it. Mayo ran their bench and substitutes Fergal Boland, Stephen Coen and James Carr all contributed to the scoreboard, with Eoghan McLaughlin scintillating up the left wing also and drawing an exceptional save from Kilgannon towards the finish.

Niall Murphy remained Sligo’s most dangerous threat in attack, and there were gallant efforts too by Sean Carrabine, Paddy O’Connor, Ryan Feehily and subs Red Og Murphy and Keelan Cawley, but the gulf between these Connacht neighbours would seem as big as ever it was.

Mayo are back in action in two weeks time against Leitrim in the Connacht SFC semi-final.