No evidence that Mayo could fall victim to Sligo ambush 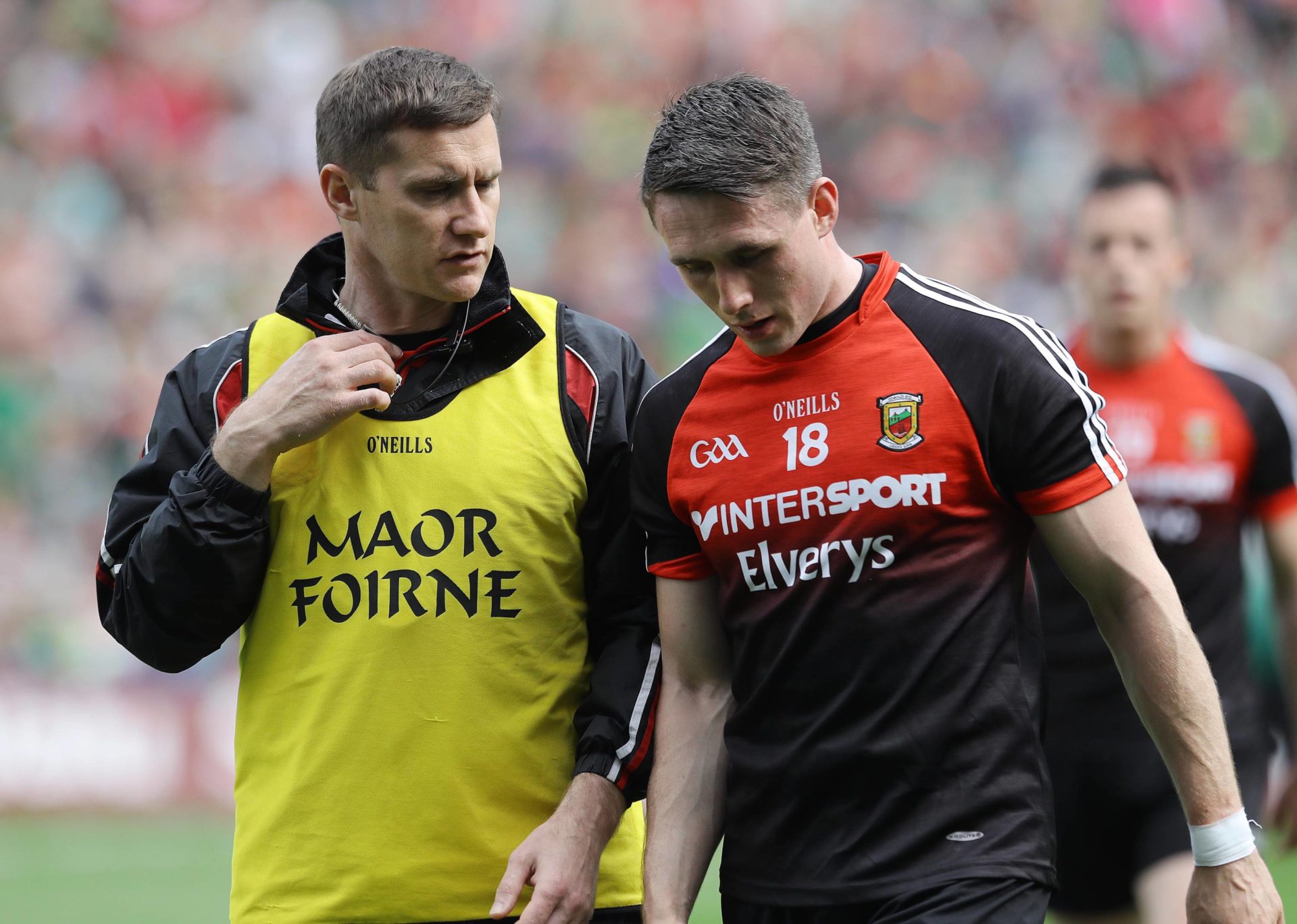 Tony McEntee will renew acquaintances with Paddy Durcan and the rest of the Mayo team as manager of the Sligo team that enters Saturday evening’s match as massive underdogs. Picture: INPHO/Lorraine O’Sullivan

By the time Saturday evening rolls around, over two full calendar years will have passed since the Sligo footballers’ last championship match. That was a Round 1 qualifier defeat to Offaly in Tullamore on June 23, 2019, following on from their semi-final defeat to Galway in that year’s Connacht championship. Sligo didn’t take part in the 2020 championship after being forced to withdraw from their fixture against Galway due to a Covid outbreak in the panel.

The last time Mayo and Sligo met in the championship was back in 2017, in a Connacht quarter-final in Castlebar which Mayo won by 2-14 to 0-11. It’s sadly ironic that the two goalscorers for Mayo that day were Cillian and Diarmuid O’Connor, both of whom will miss the rematch this weekend after picking up injuries in the league semi-final win over Clare.

Diarmuid’s hamstring tweak isn’t overly severe but Cillian, unfortunately, looks set to miss the entire championship. Even were Mayo to reach the All-Ireland final, he would have just ten weeks to recover from the Achilles injury for which he underwent a procedure last week. It’s difficult to overstate just how big a loss the Ballintubber man is to Mayo’s attack. Not alone is O’Connor among the most consistently accurate dead-ball specialists in the game, he is also the pivot around which Mayo’s younger forwards orbit.

O’Connor has been in the form of his life over the last nine months or so, having finally moved clear of the injuries which had nagged him so persistently over the previous five years. This latest setback is a huge blow not only to Mayo but to O’Connor himself, and the hope for all Mayo fans must be that he can once again show the resilience and determination to come back stronger.

Replacing Mayo’s best forward is an impossible task; the panel doesn’t have a like-for-like alternative to O’Connor and the onus must be on the rest of the forwards to collectively step up to the mark and make up for his absence, both in terms of scores and in the leadership he provides.

Horan has opted to rejig his forward line to adapt to the new reality. Instead of bringing in a like-for-like full-forward replacement for O’Connor such as Darren Coen or James Carr, the Mayo boss has positioned Aidan O’Shea at the edge of the square and brought Darren McHale in at centre-forward for what will be his first-ever senior championship start for the Green and Red. O’Shea will also captain the side.

The free-taking duties will likely fall primarily to Ryan O’Donoghue, with Kevin McLoughlin and Conor Loftus also capable over the dead-balls if called upon.

Loftus has been drafted in to replace Diarmuid O’Connor at midfield, restoring the partnership with Mattie Ruane that played a key role in Mayo’s run to the All-Ireland final last year. Crossmolina clubman Loftus has been used sparingly so far this year – he has started only one of Mayo’s four games to date, that the win over Westmeath, and came off the bench against Down and Clare – but he has received the nod ahead of his clubmate Jordan Flynn to start in Markievicz Park.

Enda Hession will make his senior championship debut for Mayo after being named at corner-back, recognition for his solid displays in the league wins over Down and Clare. Elsewhere it’s as you’d expect in the backline, with Lee Keegan, Oisin Mullin and Paddy Durcan all starting, Eoghan McLaughlin coming in to replace his Westport clubmate Rory Brickenden and Michael Plunkett getting the nod at centre-back over Stephen Coen.

But without wanting to sound too disrespectful to Sligo, the finer points of Mayo’s team selection aren’t going to matter too much this weekend. Going purely by league results, Sligo are one of the worst teams in the country right now. They lost heavily to Louth and Wexford in the league, and while their earlier-round showings in the win over Leitrim and the narrow defeat to Antrim suggested the potential within Tony McEntee’s squad, the reality is that they are nowhere near Mayo’s level at the moment.

McEntee also named his starting 15 for Saturday evening’s match on Thursday. They have inside forwards of real quality in Niall Murphy and Sean Carrabine but Sligo’s big issues are in their defence. They conceded an average of 22 points per game in their four league matches, playing against teams well below Mayo’s standard. Considering Mayo’s scoring average in Division 2 was a shade over 25 per points per game, it’s hard to see how Sligo are going to prevent Mayo from putting up a big score on Saturday.

McEntee essentially said as much after the defeat to Wexford, describing the year as a ‘washout’ and all but waving the white flag ahead of the Mayo game. It was as close to a concession as you’re ever likely to hear from an inter-county manager coming into a championship opener, and while a cynic might wonder whether the Armagh native was attempting to lay the foundations for an ambush, the evidence to suggest Sligo might pose any real problems for Mayo this weekend simply isn’t there.

The reigning Connacht champions to begin their Nestor Cup defence with a comfortable win.