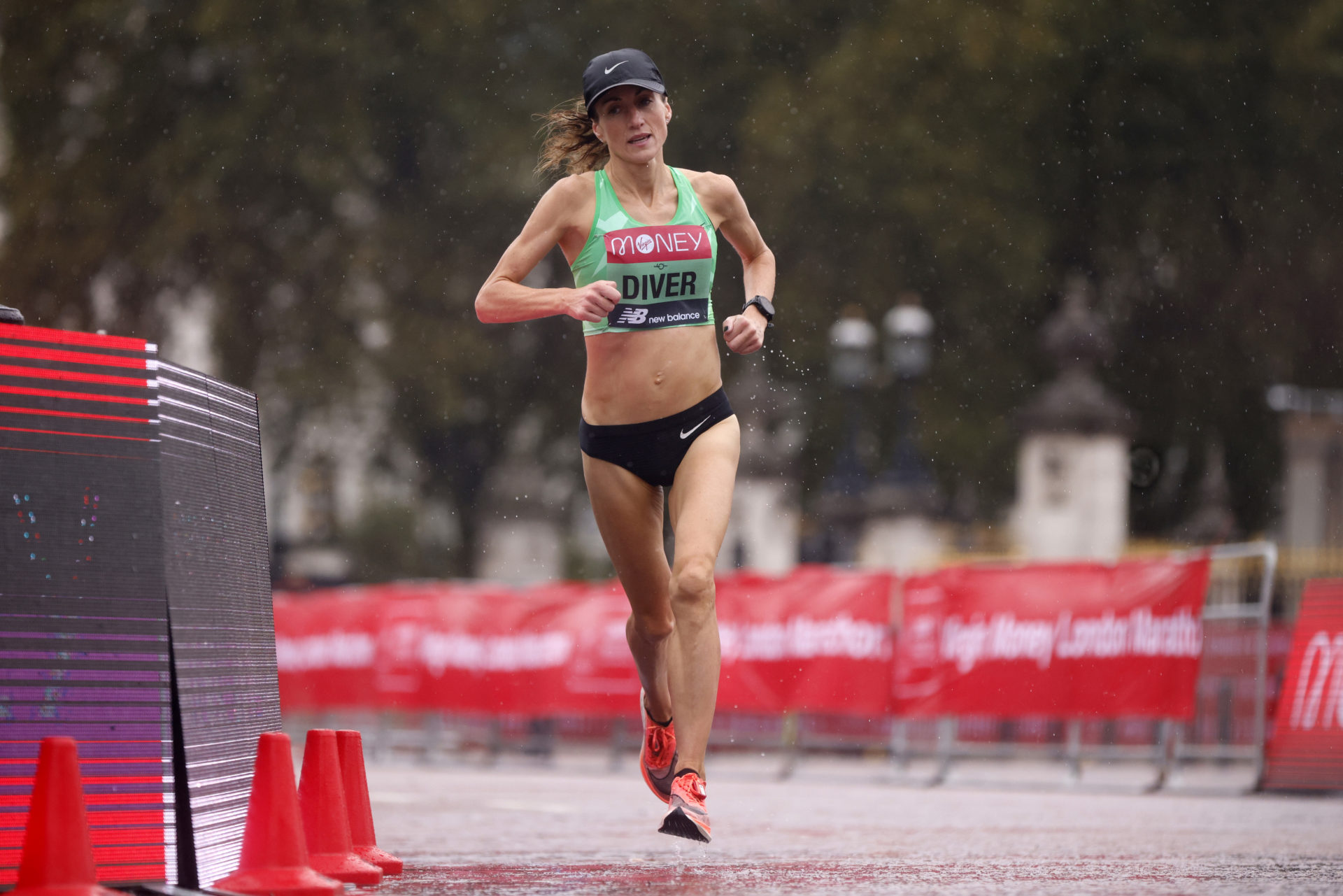 Sinead Diver running in the London Marathon in October 2020, where she finished eighth. Belmullet native Diver has been officially selected to represent Australia in the marathon at this summer’s Olympic Games in Tokyo. Picture: John Sibley/Getty Images

It was confirmed earlier this month that Sinead Diver, a native of Belmullet, has been selected to represent her adopted Australia in the marathon at this summer’s Olympic Games in Tokyo.

Diver ran her qualification time for the Games all the way back in 2019, when she posted a personal-best 2.24:11 at the London Marathon, but after the Games were pushed back 12 months on account of the Covid pandemic there had been some doubt over whether the Mayo woman would still be selected. That doubt was put to bed on Friday when she was named on the six-strong Australian Olympic marathon squad, a team of three women and three men.

One of the women, Lisa Weightman, is set to compete at her fourth Olympic Games, at the impressive age of 42. But she is still two years younger than Diver, aged 44, who will become the oldest person ever to represent Australia in an athletics event at the Olympic Games.

It’s an angle on the Diver story that’s hard to turn away from: a mother-of-two, who didn’t take up competitive running until her thirties and didn’t run her first competitive marathon until 2014, being selected to run against the best marathoners in the world on the biggest stage of all.

The Herald-Sun, one of the biggest daily newspapers in Melbourne, leaned hard into that side of the Diver story recently when they published an article entitled: “How a middle-aged mum became an Olympic runner.”

But it’s not a narrative that sits particularly well with Diver herself. In an interview with the AP, released in tandem with the team selection, she insisted that her age had little or nothing to do with her ability to compete at the elite level, in part because of how late she first began her distance-running career.

“I know, in some ways, it’s meant to be complimentary,” Diver said. “Not a lot of athletes continue to find success in their forties. But I’ve been running for a relatively short period of time, so it’s a very different scenario for me.”

She went on to say that athletic success is all about mindset and noted that the marathoners with whom she is training in preparation for Tokyo could hardly care less about the date on her birth cert.

“I’m still really motivated and determined because I haven’t been doing it for that long,” she explained. “My age isn’t an issue with people I train with. They’re all a lot younger than me but they show me the same respect as anyone else in the group.”

It’s a respect that will only deepen now, enhanced in a way that only the title of Olympian can.

The great John Cuffe, a regular contributor to these pages and a multiple marathon runner himself, met Diver when she was on a visit home to Corclough in the summer of 2017. Cuffe called up the house of his friends, Eddie and Bridie Diver, Sinead’s parents.

In these pages shortly after their meeting, Cuffe wrote, with uncanny foresight: “I scratch my head as I try and think of a single marathoner presently running our roads that would be a credible runner in the forthcoming Tokyo Olympics. Australia, injury permitting and with one more good time on the road, will have Sinead Diver.”

Even allowing for the extra year forced by Covid, his prediction has been proved true. At that time Diver was fifth in the list of all-time Irish female marathon times, behind Catherina McKiernan, Carey May, Sonia O’Sullivan and Fionnula McCormack. In the meantime, she has surpassed all bar the mighty McKiernan.

When she competes in the marathon on the streets of Tokyo on Saturday, August 7, Diver will join a relatively short list of Mayo Olympians. By my count, she will be just the seventh Mayo-born athlete to compete at the Olympic Games.

The first two were Martin Sheridan and Sean Lavan. Sheridan, from Bohola, represented the USA and won multiple gold medals in the discus in the Games of 1908 and 1904. Lavan, from Kiltimagh, ran in the 200m sprint at the Games of 1924 and 1928.

From there we have to fast-forward nearly 70 years to the Atlanta Games of 1996, when Ballina’s Deirdre Gallagher became the first Mayo woman to compete in the Olympics when she took part in the 10km walk and Crossmolina’s Damian Gardiner was part of the Irish equestrian team. In Beijing in 2008, Cong cyclist David O’Loughlin participated in the 4km pursuit. And in Rio in 2016, Castlebar swimmer Nicholas Quinn participated in the 100m and 200m breaststroke.

Diver will share a particular heritage with Martin Sheridan (still Ireland’s most successful-ever Olympian) as a Mayo native who has ascended to the very top of world sport in the colours of an adopted country. She will also be the first member of Mayo AC to compete at the Olympic Games, with the only caveat being her wearing the green and gold of Australia rather than the green and red.

It’s almost 20 years now since Diver relocated to Melbourne with her future husband Colin. She had studied for a degree in Irish and Physical Education at the University of Limerick but took up a position in IT when she arrived in the Victorian capital.

What was initially meant to be a working holiday ultimately became a new life, with two children, Eddie and Dara, now aged 11 and 8 respectively. After her sister Grainne, who also lives in Melbourne, signed her up for a corporate fun run, Diver realised she had a talent for distance running. She joined up with her coach, Tim Crosbie, and went from there.

The journey has seen her break Irish and Australian records, win races around Australia and the world (including, in 2016, the Western People West of Ireland Mini-Marathon, when she set a course record of 35.27 for the 10k which still stands today), and generally disprove much of the conventional wisdom that says age is anything other than a number.

In a couple of months’ time, the journey will reach its highest point yet when she strikes off in the Olympic Marathon with all off Belmullet, Mayo, Ireland and Australia behind her.