There’s no shortage of irony about how a Mayo man has ended up working for a professional football club with almost as much a knack for losing finals as his own county. 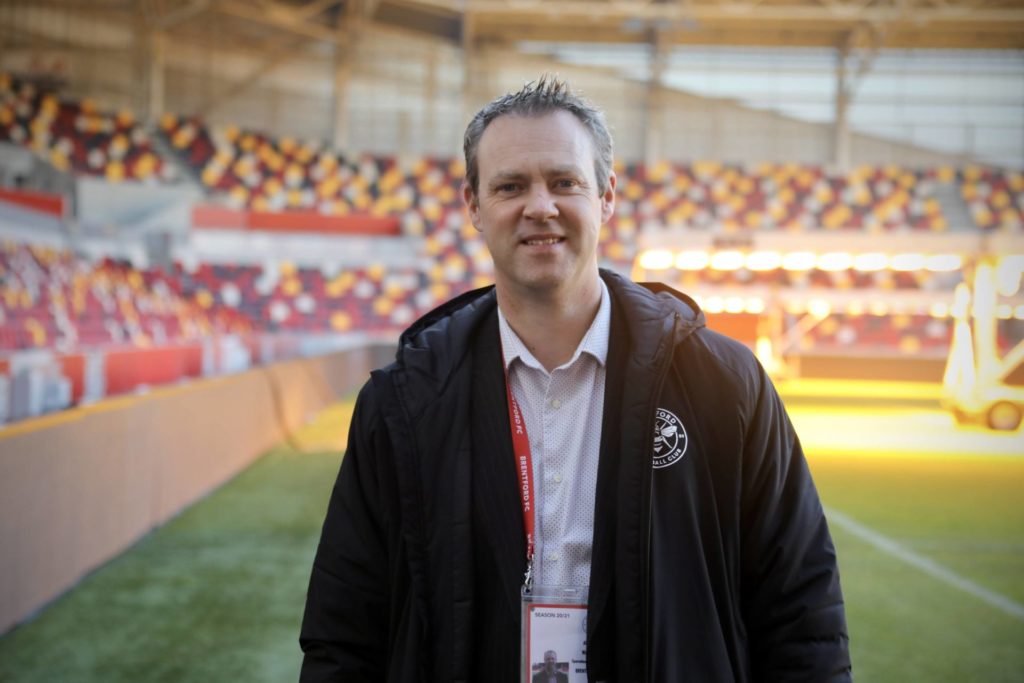 Belcarra native Alan Walsh is Operations Director at Brentford Football Club, who are newly promoted to the English Premier League after a 74-year absence from the top flight. 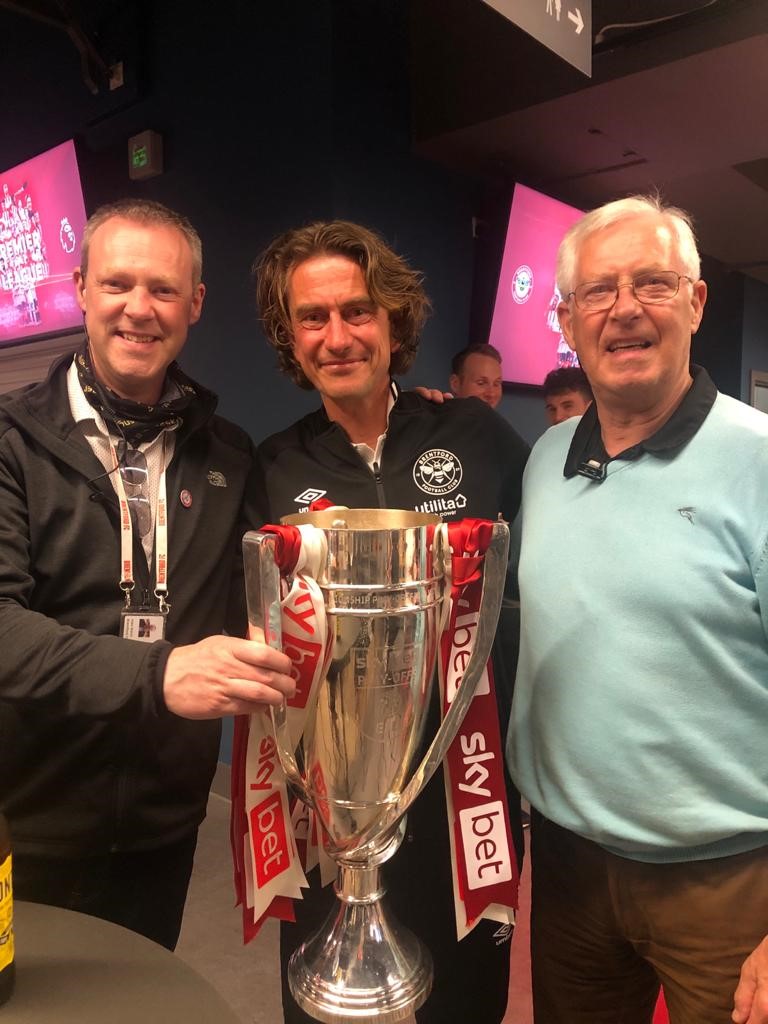 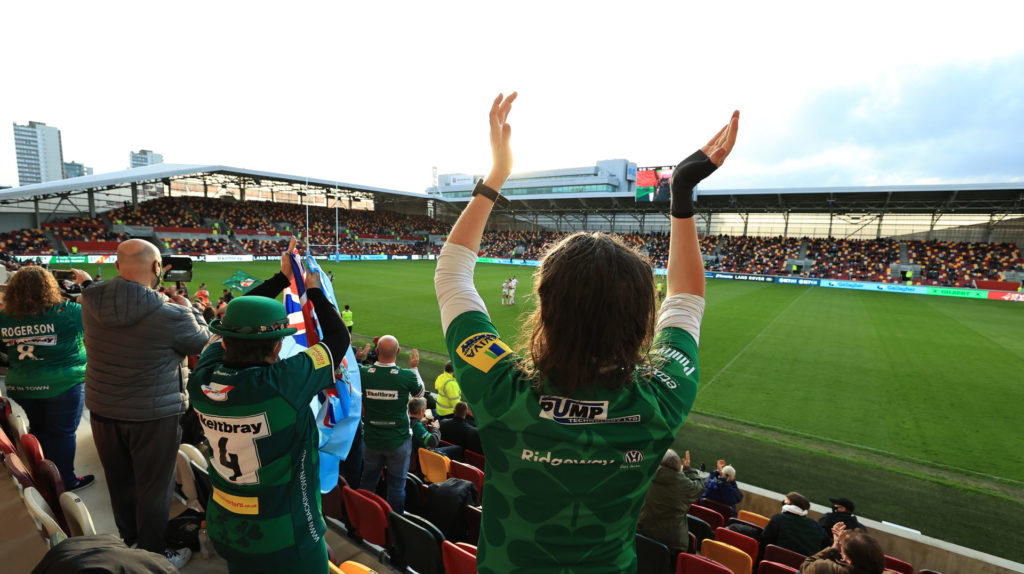 London Irish fans, who were allowed into the ground in limited numbers due to Covid-19 restrictions, cheer on their team during the Gallagher Premiership Rugby match against Exeter Chiefs at Brentford Community Stadium on May 18. The Exiles ground-share with stadium owners Brentford FC.

A grandson of perhaps Mayo’s most famous ever bandmaster, Alan Walsh had cut his teeth as a saxophone player in said Brose Walsh Band before hitting London in 1993 for a degree course at the London College of Music. He was 17. It was almost by accident that a couple of years later he had landed a job at Olympia, one of city’s big exhibition centres, but by the time the Olympic Games visited London in 2012 he had become one of the best events managers around, taking charge of the Excel Arena where boxer Katie Taylor won Ireland’s only gold medal and where future World heavyweight champion Anthony Joshua won Team GB’s last gold medal of the Games.
Big as all that was, nothing compares to the spotlight about to be shone on Brentford and how it will represent itself week in, week out, both on and off the Premier League pitch. With television exposure to an incredible 190 countries, the club and its stadium are about to be placed on the world map – and Alan Walsh is fully aware of his and his ops team’s responsibilities.
As he sees it, the two biggest advantages are a guaranteed full house at every game and four less home games to have to manage, compared to the longer Championship campaign.
“It’s a polished product, the Premier League, the best in the world with the best players in the world bar a few obvious exceptions. The European champions will be coming to play us so it’s exciting to know we’ll be hosting and competing against them and all the top clubs.
“I’m quietly convinced, given the type of football Brentford play, that we’ll give a good account of ourselves as well,” says Walsh. “We play it on the floor and I think the Premier League protects players more than the Championship.
“If there’s a nudge or a kick or an over-zealous lunge, if the referee doesn’t get it then VAR pretty much will and justice will be done. I think the guys will be able to express themselves and play football.”
A former player himself with Manulla FC and a past pupil of Balla Secondary School, pandemic restrictions have meant it’s almost three years since Alan, his wife Clare and children Erin (10) and Kian (8) have been able to visit Belcarra and his parents. He doesn’t think Thomas and Teresa are the holders of the still unclaimed €1million Lotto ticket sold in the village last month (“I’d be expecting a few quid if they did,” he laughs) but would gladly flog a hospitality package – or two – to whoever the winner might be.
He’ll not return without a few signed Brentford jerseys for the local football clubs and to hang in Flukie’s Bar but there’s an even more precious item Alan Walsh would be thanked for slipping into his luggage the next time he’s home: that secret of how to break a 70-year hoodoo. 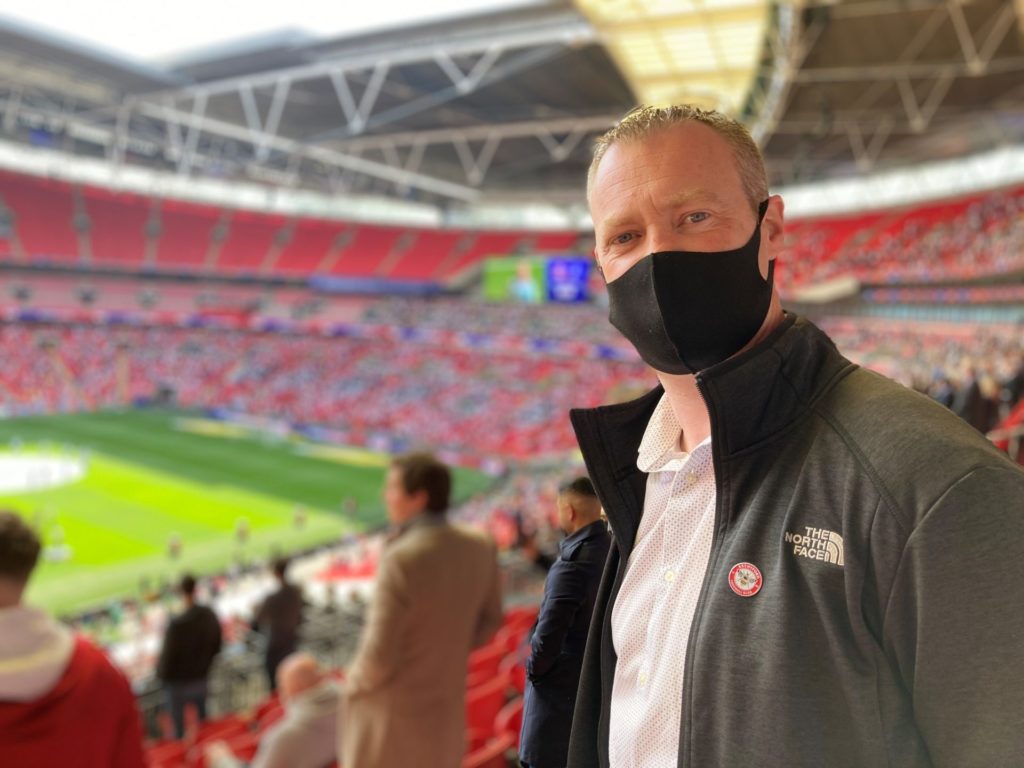 Alan Walsh enjoying Brentford’s 2-0 victory over Swansea City at Wembley Stadium which secured the club its return to the top flight of English football.