Fianna Fáil Sligo-Leitrim TD Marc MacSharry says he will resign if homeowners affected by the pyrite and mica scandal do not receive 100% redress.

Mr MacSharry is the second Fianna Fáil TD to threaten resignation over the issue, after Mayo TD Dara Calleary.

“We need 100% redress as was made available to the people in Dublin and Leinster when they had this problem some years ago,” Mr MacSharry said.

“In fact, the current Minister of Housing was a champion from a senator’s seat at that time in getting that scheme up and running and getting the support for the people, it’s a chronic problem.

“We need to give people 100% redress for costs incurred. In parallel, if we can pursue quarry people, if we can pursue unscrupulous professionals who knowingly provided dodgy materials then will do that too, but in the first instance, we must have a support scheme, which mirrors that support that was given to the people in Dublin, we’re entitled to no less here,” said the Sligo-Leitrim TD.

Thousands of people whose homes have been ravaged by pyrite and mica protested in the capital earlier this week.

“If they’re going to let people’s houses fall down around them, having looked after people in Dublin, then that’s a big big problem. I’m a proud member of Fianna Fáil but I’m employed and work for the people,” Mr MacSharry added. 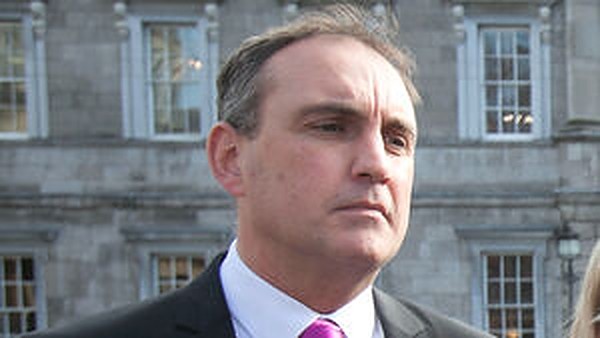