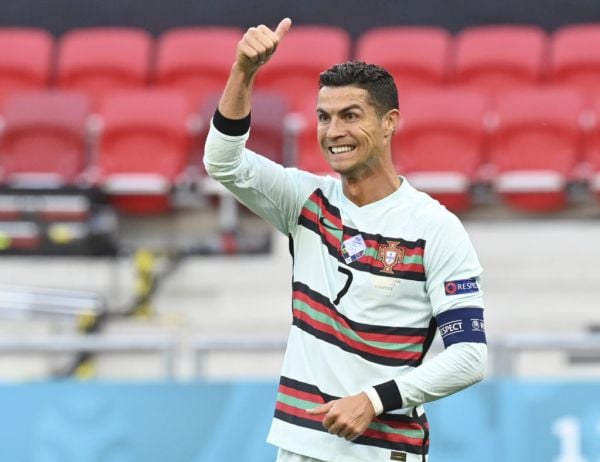 Bottles in front of players have rarely been the focus of sporting press conferences, however, both Cristiano Ronaldo and Paul Pogba have opted against having the branded bottles in view.

On Monday, the Portuguese captain removed two bottles of Coca–Cola kept in front of him at a press conference ahead of his side’s Euro 2020 clash against Hungary, encouraging people to drink water instead. 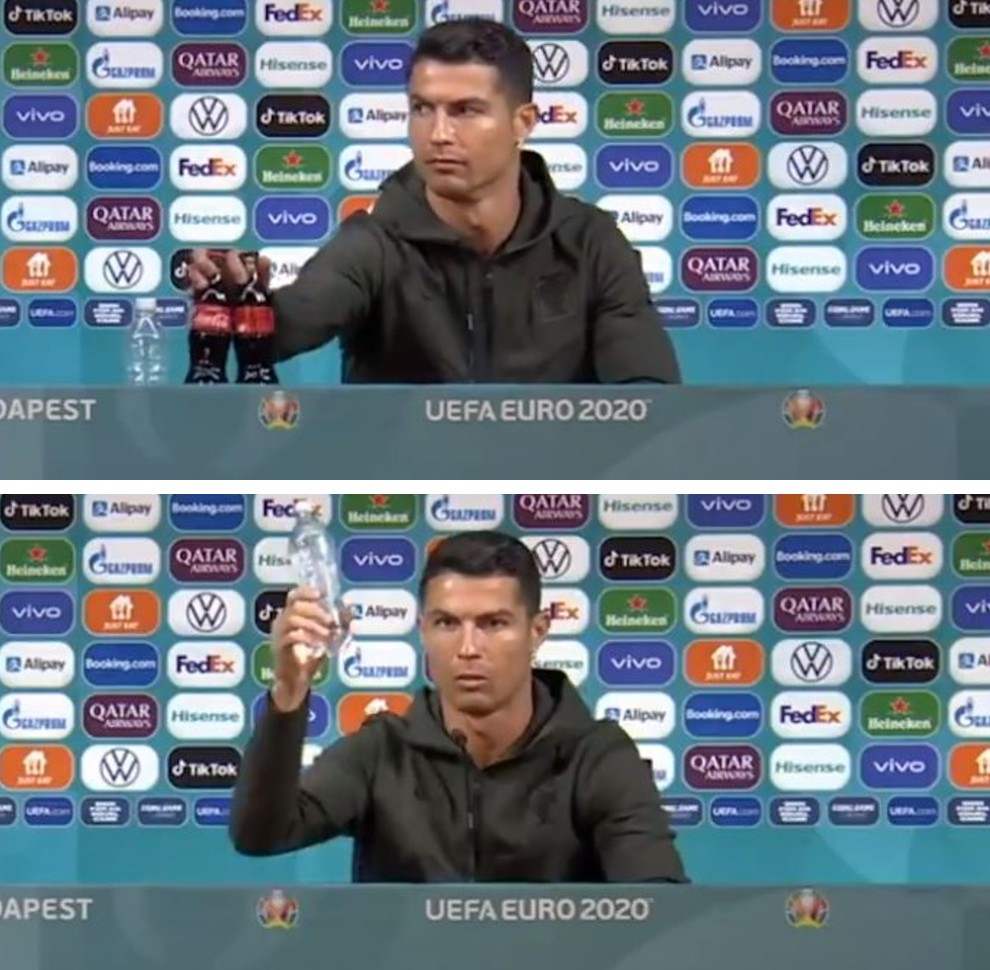 Cristiano Ronaldo removing Coca-Cola bottles from in front of him during a Euro 2020 press conference. Images: © UEFA

The 36-year-old moved the cola bottles aside as he sat down to speak to the media. He then held out a bottle of water, before shouting in Portuguese: ‘Agua!’

Following France’s 1-0 win over Germany on Tuesday evening, ‘Man of the Match’ Pogba, who is a practising Muslim, also removed a bottle of Heineken which had also been placed in front of his seat ahead of the press conference.

Both companies are official sponsors of Euro 2020, and following Cristiano Ronaldo’s actions, The Irish Times reports Coca-Cola’s share price dropped from $56.10 to $55.22 ‘almost immediately’, marking a 1.6 per cent fall.

The company’s market value is also reported to have dropped by $4 billion to $238 billion.

Coca-Cola have responded to the move, saying “everyone is entitled to their drink preferences”.