Temperatures soared in the nation’s capital today and so did spirits as the people of the west congregated in their thousands outside the National Convention Centre to issue one giant collective cry to Government to deliver 100% redress to victims of defective concrete blocks.

Ministers and TDs sitting for business inside in the centre can no longer plead ignorance as to the seriousness of the scandal of mica and pyrite contaminated homes in Donegal and Mayo as the people of the west took their case right to their doorstep.

A host of speakers ranging from owners of pyrite or mica contaminated homes in Donegal and Mayo, coordinators of the campaign for redress, TDs, and MEPs all warned the Government that the current Defective Concrete Blocks Scheme is not only inadequate but financially inaccessible to many and that the people will accept nothing less than 100% redress. 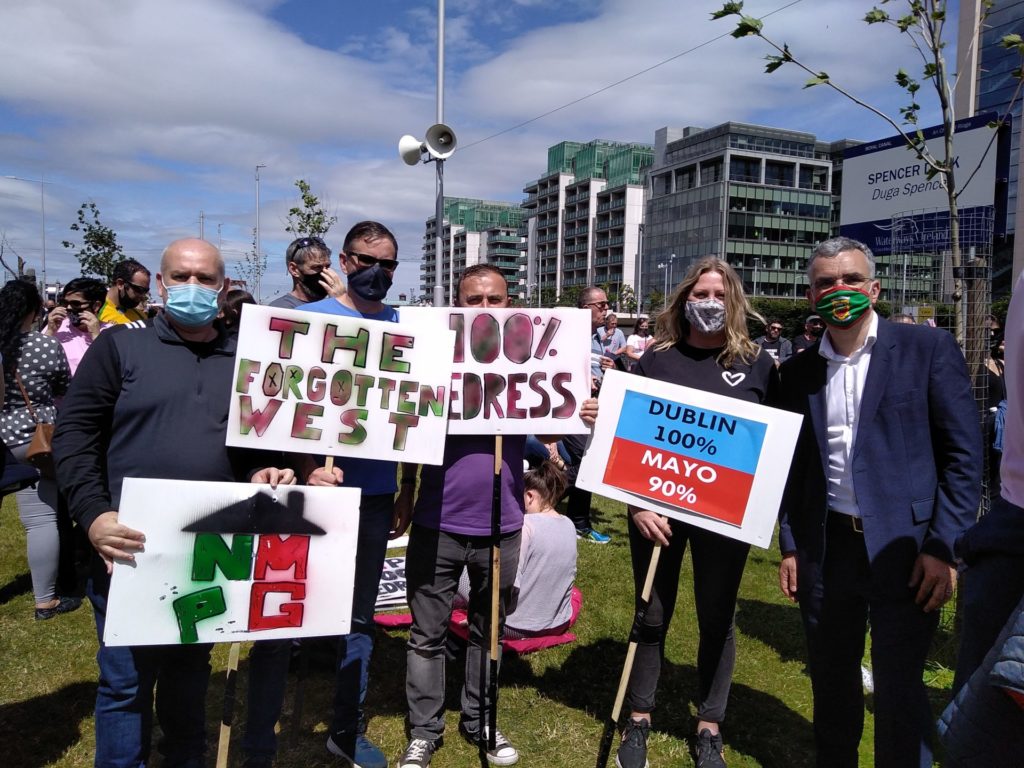 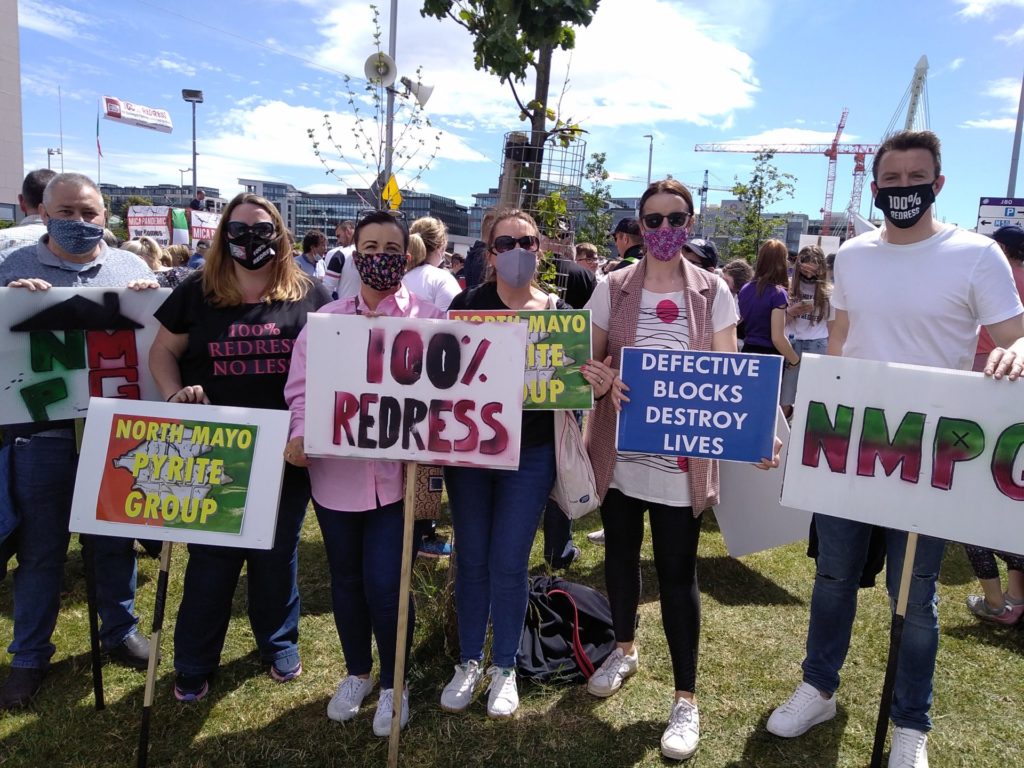 The North Mayo Pyrite Group’s Babara Clinton was among those to address the demonstration.

She listed the growing number of towns and villages from Mayo that are being destroyed thanks to the presence of pyrite which is causing homes and buildings to crack and crumble around their inhabitants.

She said the people should not and will not pay for the mistakes of others – stressing that it was the lack of regulation by the Government at the time and the greed of the companies involved that created the situation.

“We feel this is more than politics. This is a humanitarian crisis and we are calling on all TDs to vote yes and back the motion (for 100% redress) in the Dail this evening and make no mistake we will be watching that vote. We demand you do the right thing and support us,” said Ms Clinton

Mayo FG Deputy Michael Ring also spoke, saying he welcomed the demonstration. He said he and Joe McHugh had raised the defective blocks matter while at the Cabinet table but were not listened to:

“But they’ll listen now when they see the people from the west from Mayo, from Donegal and elsewhere all fighting together.

“And there is only one answer for this – 100% (redress). 100% for Donegal, Mayo and the rest of the country,” he stressed, adding that some people think the people of rural Ireland don’t count but they do.

When the speeches concluded the crowd mobilised (see video below) and marched through the city to Leinster House where Minister for Housing, Mr Darragh O’Brien was expected to meet with some campaign representatives.