Elected members of Mayo County Council have stated their support for the ongoing campaign seeking 100 percent redress for homeowners who have affected by pyrite and mica.

Affected homeowners from Mayo and Donegal are to take to the streets in Dublin today as part of a national demonstration. 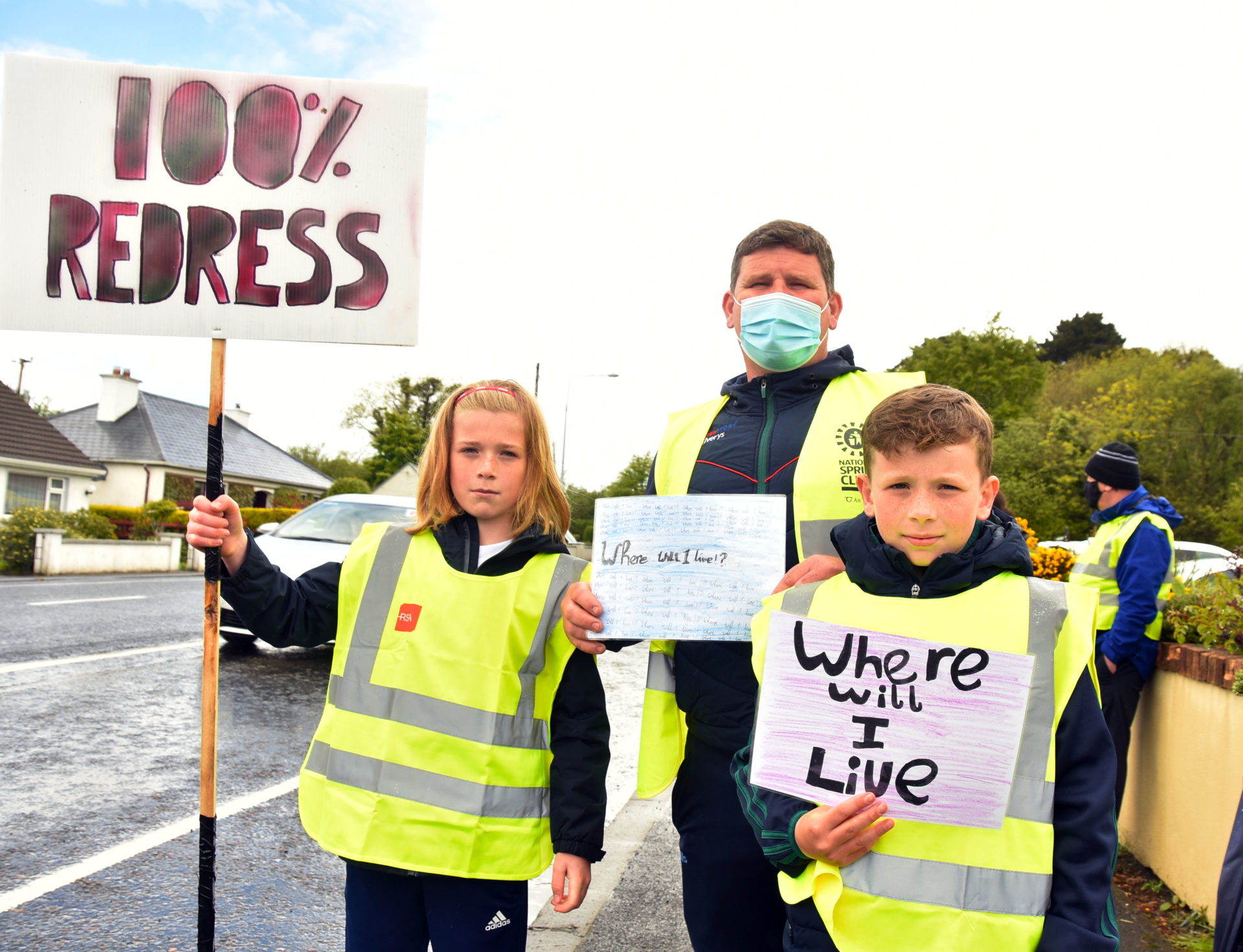 meeting of Mayo County Council, Cllr Gerry Coyle said the issue of defective blocks impacting Belmullet homeowners fell on deaf ears for far too long and now it was a problem facing the entire county.

Cllr Mark Duffy said there is a lot of work being done but more needs to be done to support those impacted.

“Families are keen to push on from this traumatic experience in their lives and we need to move things along if possible, there are some huge holdups at the moment.”

Cllr Annie May Reape described the situation as “a pandemic for homeowners.”

“Nothing but 100 percent redress can be accepted. We are facing a pandemic for homeowners and would ask for all cooperation to give whatever help that we can.”

Similarly, a motion calling on the Government to review pyrite contamination on all residential properties in county Mayo and redress compensation from 90 percent to 100 percent was put forward by Cllr Seamus Weir.

In addition, Cllr Gerry Coyle put forward a motion calling on Mayo County Council to write to the government and Minister for Finance requesting that houses being repaired and rebuilt under the Pyrite defective block remedial scheme be exempted from the 13.5 percent vat payment.

“I have put this forward as it is the only way to get a quick resolution to this ongoing situation.”