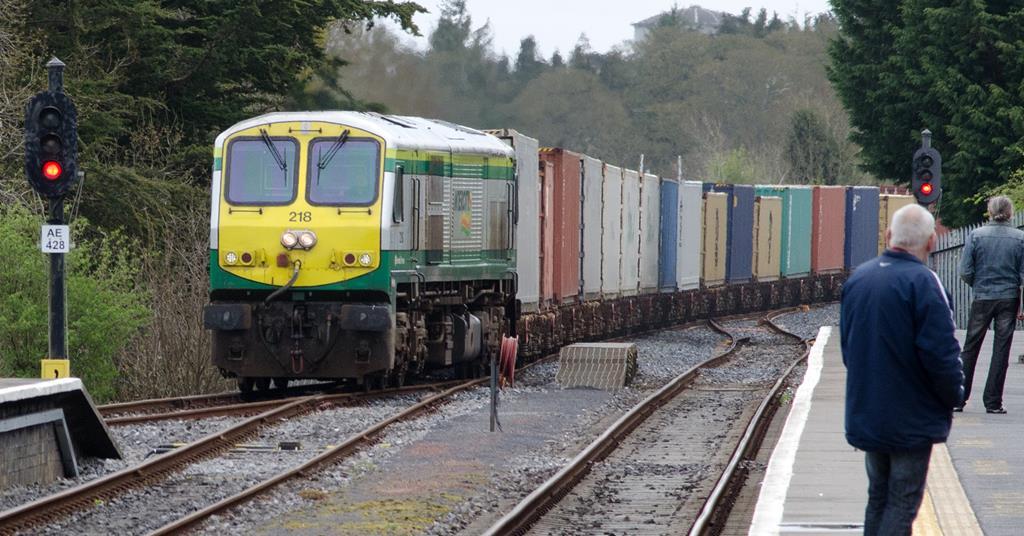 A regular, long-standing rail freight service between Ballina and Dublin ceased operating last week as a result of operational difficulties at Dublin port.

The freight run has been in operation since 2010 and is a highly-prized asset for Ballina and Mayo with as many as seven return runs operating in the week, carrying up to eighteen 45ft containers and facilitating many local industries.

Irish Rail said this decision was taken by Dublin Port without consulting with it or IWT with whom it operates the service.

The Western People understands that alternative arrangements are now being made to have at least three of the train runs involved re-routed to Waterford but that the remaining freight would have to be transported by road unless a resolution can be found to the logistical difficulties in Dublin.

Local FF TD Dara Calleary confirmed to the Western People that the freight service is being disrupted by issues in Dublin at present:

“I have brought the matter to the attention of the Minister for Transport and am awaiting his response,” he revealed.

“It seems silly to me to be pushing haulage away from rail and back onto the road when we have a perfectly good asset here in terms of freight services.”

An Irish Rail spokesperson said: “It is extremely disappointing and hugely concerning to Iarnród Éireann – at a time when climate action behoves us as a society to advance sustainable mobility and decarbonisation – that the country’s leading port would unilaterally seek to discontinue such a service.

The spokesperson added that Iarnród Éireann is committed to strengthening the role of rail freight and has been working with the Department of Transport and Irish industry to develop this, with a new rail freight strategy set to announced soon and a new Ballina to Waterford rail freight service with XPO set to commence later this month.