Mayo have returned to Division 1 football at the first time of asking but their success looks to have come at a cost with the All-Ireland Championship’s all-time top scorer Cillian O’Connor and his brother Diarmuid both exiting the field with injuries during Sunday’s 2-22 to 2-18 victory over Clare. 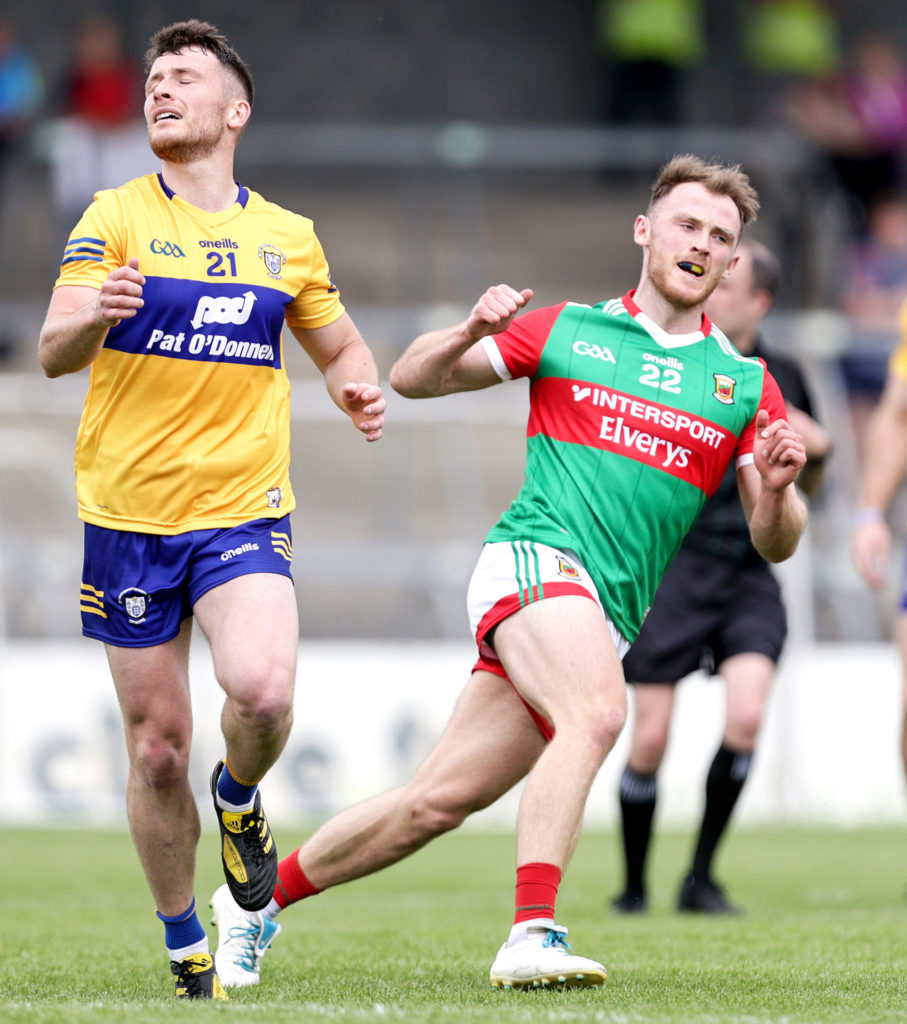 James Horan’s side were totally dominant over the Banner County in Cusack Park in the first half of this Division 2 semi-final encounter, with a first start of the season for Aidan O’Shea among the high points until the sight of Diarmuid O’Connor limping off after 11 minutes with a suspected hamstring injury and Cillian O’Connor departing just before half-time having jarred his right foot.

The news will be of concern to manager James Horan just two weeks ahead of his team’s Connacht SFC opener against Sligo. However, with a potential appearance in the provincial final still six weeks away, both players will hope that is sufficient time to overcome their set-backs.

Of equal concern to Horan though, will be how his side managed to see a thirteen points lead whittled down to just three in the second half as the Munster outfit came mightily close to pulling off the most remarkable of comebacks.

Cillian O’Connor had already scored 1-4, including a self-won 15th minute penalty, in a first half that ended with Mayo 2-13 to 0-8 ahead. Full-back Oisin Mullin struck the Green and Red’s second goal as no fewer than nine different Mayo players got themselves on the score sheet in the opening 35 minutes. 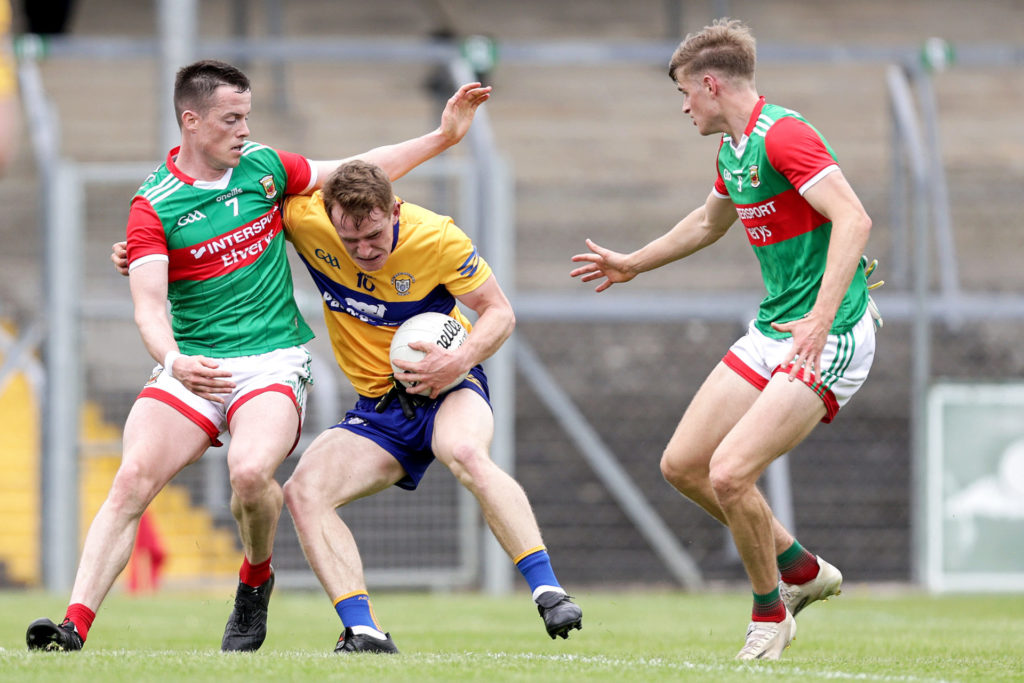 And yet that had all come after a lively start by the home side which saw Clare lead 0-5 to 0-3 after 10-minutes. Eoin Cleary hit half his side’s first half total, three of his points coming from frees.

Two goals from midfielder turned full-forward Darren O’Neill and Gavin Cooney during the third quarter instilled some hope into Clare and by the second water-break they had reduced their arrears to five points. Subs Emmet McMahon and Podge Collins were having a big impact and with Eoin Cleary and David Tubridy shooting over vital points, Mayo were made to sweat until an insurance point from captain Paddy Durcan pushed the margin back out to four points during stoppage time.

Mayo are next in action on Saturday week when they play Sligo in the quarter-finals of the Connacht SFC in Markievicz Park.