Mayo were comprehensively denied a place in this season’s Lidl NFL Division 1 final after Dublin saw off their challenge at LIT Gaelic Grounds in Limerick by 4-15 to 0-10. 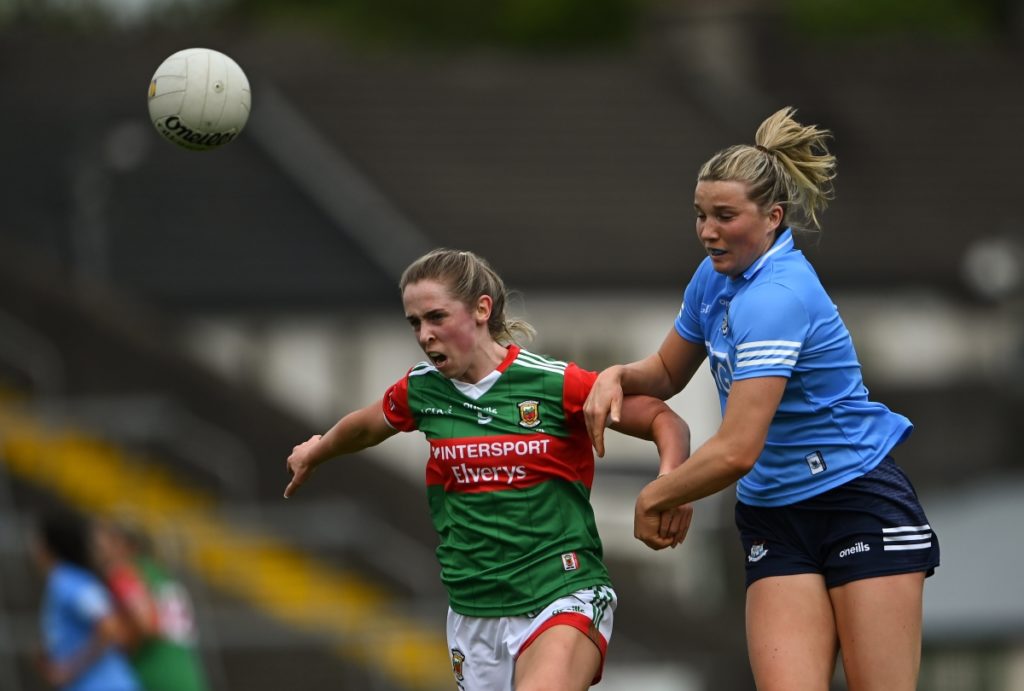 Sinéad Cafferky of Mayo in action against Jennifer Dunne of Dublin.

Mayo enjoyed plenty of possession in the first half but it was the more decisive and productive Dublin side who deservedly found themselves eight clear at the break on a 3-3 to 0-4 scoreline.

Full-forward Niamh Hetherton caused Mayo all sorts of problems and got them off the mark after five minutes with their opening goal.

She was also heavily involved in their third goal, with captain Sinead Aherne finishing the ball over the line.

Those scores sandwiched a classy goal from Jennifer Dunne, who strode through onto a well-timed pass from Lyndsey Davey to blast home.

Davey was central to everything positive Dublin did in attack while the tenacious defending of the All-Ireland champions at the other end frustrated Mayo.

Mayo found it almost impossible to locate any gaps in the Dublin back division and Mick Bohan’s women soaked up pressure before breaking out decisively.

Dublin began the second half explosively with two points from Hannah Tyrrell as midfielders Lauren Magee and Dunne controlled matters.

Mayo almost found a way back into it after 36 minutes when Rachel Kearns got on the end of a Tamara O’Connor pass only to see her shot crash back off the bar and when the Crossmolina woman was sin-binned moments later, Mayo were in real trouble. 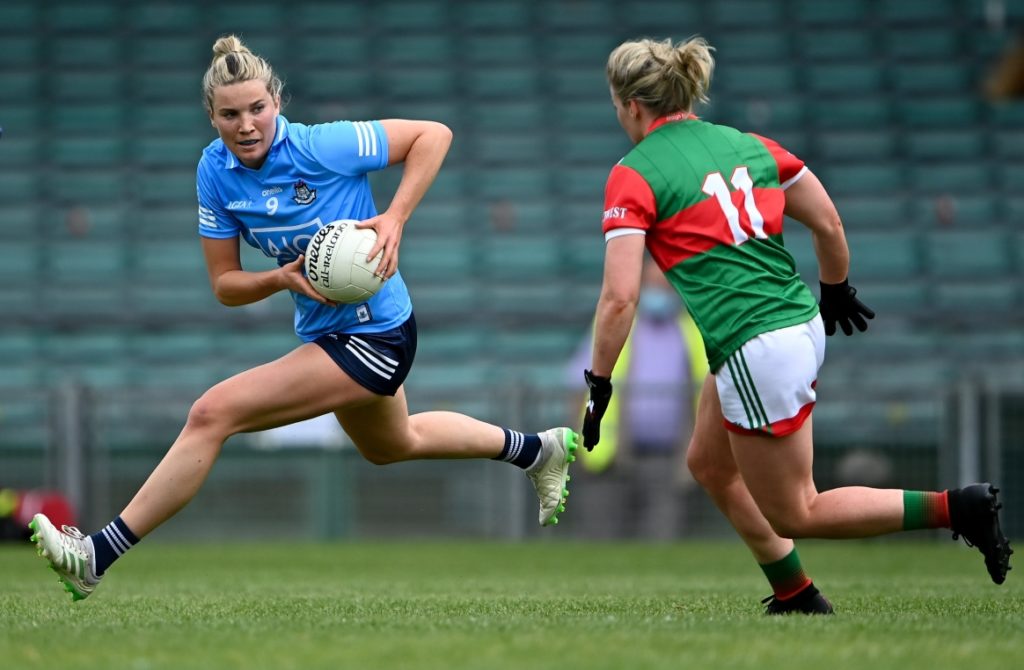 Jennifer Dunne of Dublin in action against Fiona McHale of Mayo.

Dublin stretched their lead to 12, 3-10 to 0-7, at the start of the fourth quarter after points from Aherne, Davey and the impressive Tyrrell.

Mayo continued to try hard with Éilis Ronayne and Kathryn Sullivan trying to rally the troops, but Dublin were in complete control.

Ahearne moved the leaders completely out of sight when she slotted home a penalty eight minutes from the end as they booked their place in the final.