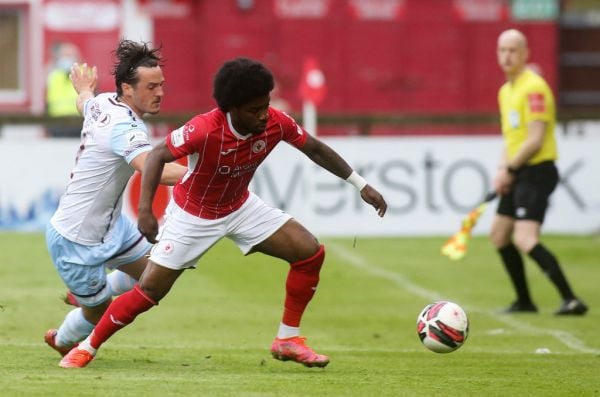 With the result, the hosts miss out on the chance to go three points clear at the top of the table.

Two finishes from Chris Lyons saw Drogheda pocket the points, despite a late Shane Blaney goal for the Rovers.

Two superb finishes from Chris Lyons see #Drogs take all 3 points at The Showgrounds despite a late Shane Blaney goal for the home side.

There was plenty of Mayo interest in the tie. Belmullet native – and former Sligo Rovers player – Ronan Murray was in the starting XI for the visiting Drogs while Mark Byrne from Kilkelly started for Sligo before being replaced at half-time. Cillian Heaney was introduced as a late substitute for the home side in what was the young Westport man’s first taste of League of Ireland action.

The meeting was tied 1-1 with an hour on the clock, before the Dublin-based side were able to secure a lead.