Siblings bring dispute over deceased mother’s will to High Court 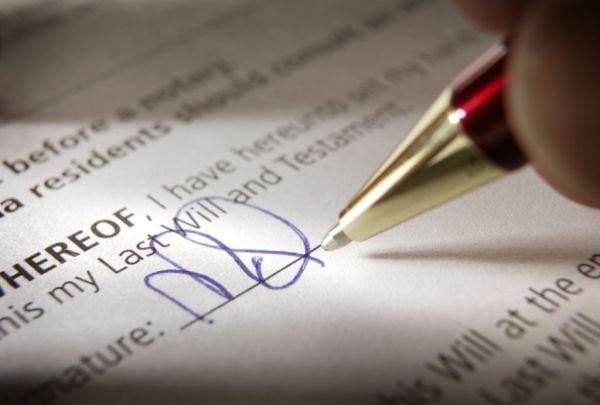 A High Court judge has said there must be oral evidence and cross-examination of relevant witnesses before he can decide whether to prove a deceased woman’s last will via a copy or else revoke it.

While it seems the original last will of Mary Eastwood, of “Lyttleton”, Coolock Lane, Dublin, dated November 29th, 2016, has been lost or destroyed, it also seems there is a contest of fact as to how and when it was either lost or destroyed, Mr Justice Senan Allen said.

That conflict could not be decided solely on the basis of certain matters not seriously in dispute and there would have to be oral evidence and an opportunity to cross-examine, he said.

The application concerns whether the copy of the will may be admitted to probate but the will’s terms and the circumstances in which it was made are relevant to the core issue arising, whether the original will was destroyed by Mrs Eastwood and thus revoked, he outlined.

Mrs Eastwood, a mother of five, died on December 12th, 2018, aged 85, having been pre-deceased by her husband Jimmy in July 2016. She made a will dated November 29th, 2016 appointing her son Robert and daughter Jennifer as executors.

When she made that will, she owned just one property but purported in her will to devise six investment properties owned by her late husband, who died intestate. Those properties were each managed by one or two of the adult children.

Robert, supported by Jennifer, applied to the court under the Succession Act for permission to prove the will in terms of a copy. The application was opposed by their three siblings, Annette Richards, Dolores Eastwood and Jimmy Eastwood.

Annette and Dolores say they do not believe the copy will reflects their mother’s wish to be fair to all her children and can only presume she later caused the will to be destroyed.

In his judgment published this week, Mr Justice Allen said there is no issue as to the formal validity of the will, executed in the presence of Mrs Eastwood’s solicitor Fintan Lawlor, of Lawor Partners, and a trainee solicitor, and retained in the solicitor’s office for a time.

In a letter to Robert of January 2019, Mr Lawlor said he had been contacted by Annette and Dolores concerning their mother’s estate and had stated, from his records, the original will had been sent to Mrs Eastwood at her home in or about January 2018.

The judge said Robert was very surprised to receive that January 2019 letter, as, for the purpose of regularising the management of the investment properties, he had typed up a letter from his mother to her solicitor in January 2018 seeking “a copy” of all documents in his possession relating to her and stating she could arrange for Robert to collect those.

Robert had said on affidavit he had, some days later, collected post at his mother’s house which included an A4 envelope from the solicitors’ office containing a copy of his mother’s will and a copy of an enduring power of attorney.

Robert also said he had searched the house for his mother’s original will to no avail and was very unhappy it had gone missing because he was at risk of losing the “Lyttleton” house which had been devised to him.

The judge noted various disagreements between the siblings and also noted Mrs Eastwood’s death certificate showed she had advanced dementia at the time of her death.

It could not be said the solicitor’s letter of January 18th, 2018 returning the original will was a “serious error” on the part of Lawlor Partners, he said.

That letter had “not been sufficiently explained” and there was an issue concernng whether what the solicitor suggested happened to the will had happened, he said.

There was also a contest of fact as to how post arriving at Mrs Eastwood’s home was dealt with in January 2018. Robert had said, inter alia, he generally received the post while some of his siblings suggested their mother had liked to receive her own post.

While the uncontested fact that Mrs Eastwood had never sought or said she was seeking her original will must be of “very considerable significance”, “the first step is to find the facts”.

The matter will return before the court in two weeks.