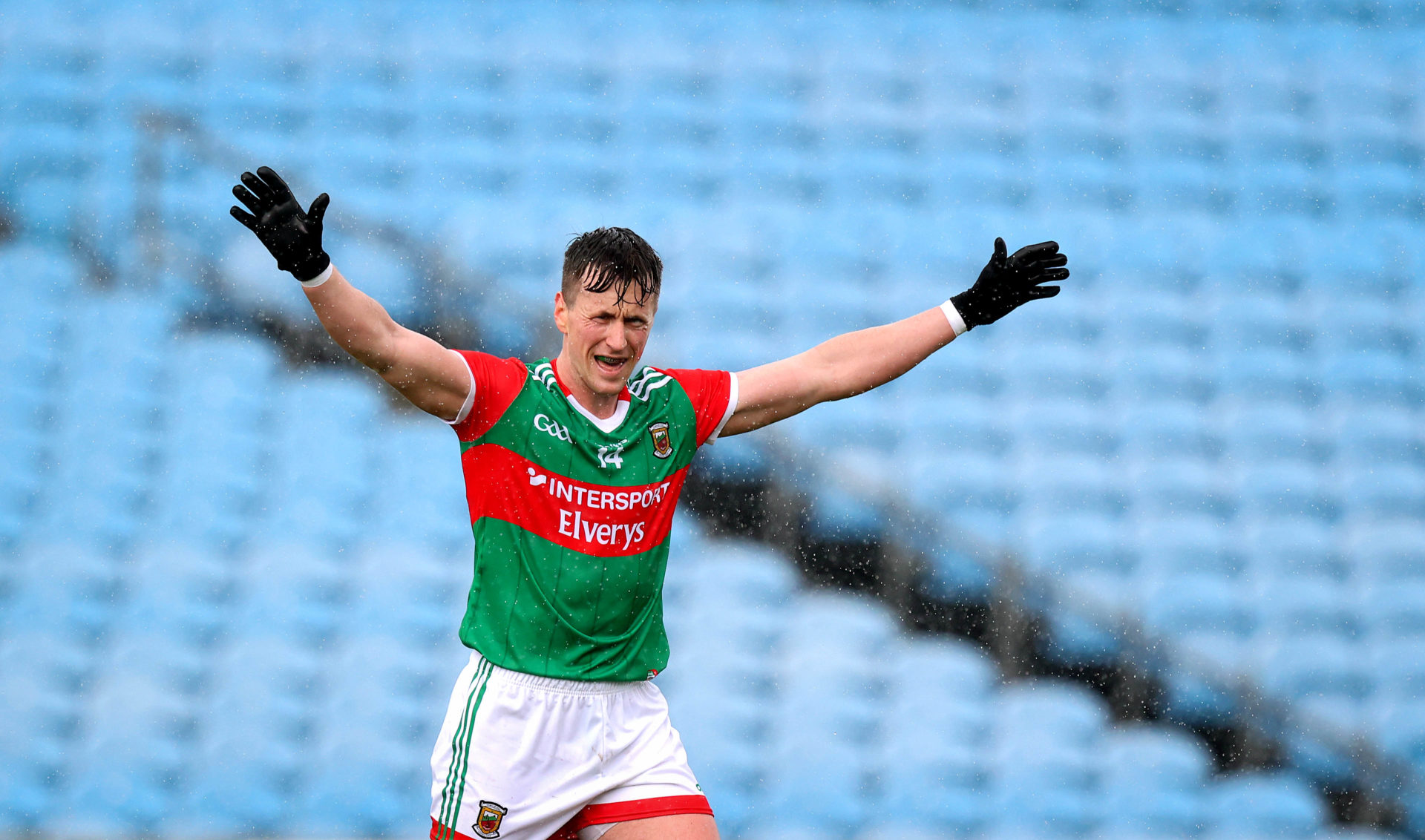 Cillian O’Connor is set to make his 100th appearance for Mayo in this Sunday’s NFL Division 2 semi-final against Clare in Ennis. Picture: INPHO/Ryan Byrne

The Mayo team set to take on Clare in this Sunday’s National Football League Division 2 semi-final has been announced.

James Horan has made four changes to his starting side from the Round 3 win over Meath the weekend before last for the clash with the Bannermen in Cusack Park in Ennis, the winner of which will gain promotion to Division 1 for 2022.

Eoin O’Donoghue, Jack Carney, Michael Plunkett and James Carr have dropped out of the starting side to be replaced by Enda Hession (making just his second appearance for the senior team), Rory Brickenden, Paddy Durcan and Tommy Conroy. Durcan will captain the side from centre-back.

Sunday will also mark Cillian O’Connor’s 100th appearance for Mayo in league and championship. Ballintubber man O’Connor has scored 30-337 in his 60 championship matches for his county, making him the all-time leading scorer in the All-Ireland championship at the age of just 29.

He will go up against the all-time leading scorer in the league on Sunday in the shape of David Tubridy, who surpassed the scoring record of Sligo legend Mickey Kearns in Clare’s Round 3 defeat to Cork.